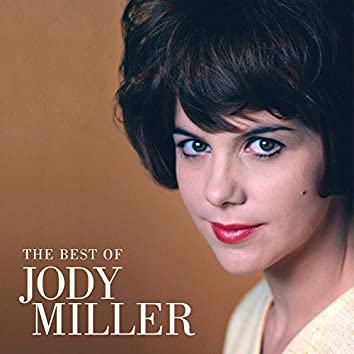 “Grammy award winning county-pop pioneer recording artist Jody Miller passed away in the morning of Oct 6, 2022 in Blanchard, Oklahoma from complications related to Parkinson’s Disease. She was 80 years old.”

Country Music News International was lucky enough to get to speak to Miller’s daughter, Robin Brooks, about her mom’s recent death. Brooks talked about her favorite memories of her mom, how having a famous mom has its rewards, but makes it tough for a grieving family, and how beautiful her mom’s funeral was and the artists she played with and who adored her mom and more.”

“Miller first signed to Capitol Records in 1962 for her legendary debut folk album “Wednesday’s Child is Full of Woe” originally released in 1963. It was recorded at the Capitol Studios in Los Angeles with “The Wrecking Crew”; session players Glen Campbell, Billy Strange, and Jack Marshall. She landed her first hit single “He Walks Like a Man” on the Billboard Hot 100 in 1964.

She is best known for her 1965 smash hit “Queen of the House” making Miller a country star overnight, when the single crossed over from the pop to country charts, cementing her status as a pioneering cross-over artist. This unexpectedly opened the door including fellow artists such as Linda Ronstadt, Anne Murray and Olivia Newton-John. In 1966, Miller went on to win the Grammy award for the song, becoming the second woman to pick up the trophy for “Best Country Performance—Female.” Miller’s controversial teen protest anthem “Home of the Brave” (1965) became her best-selling U.S. single, despite being banned from radio.

According to Miller’s longtime representative Jennifer McMullen, “Jody Miller’s talent cannot be overstated. She had this innate, God-given ability to interpret and to communicate with the most

beautiful tones and inflection. She made it look and sound so easy that it sometimes takes a moment to realize the greatness of what you are hearing. But she was just as authentic and exceptional in her own life as she was on stage and on record.”

Miller continued to record for Capitol Records through the 60’s, releasing scores of singles such as the richly expressive Hot Country charter and fan favorite “Long Black Limousine,” while making multiple appearances on teen shows such as “Shindig” and “American Bandstand.” In November of last year, Capitol/UMe released the remaining albums of her 60’s catalog on digital in conjunction with her 80th birthday including Miller’s classic albums “Queen of The House,” “Home of the Brave,” “The Nashville Sound of Jody Miller and “Best of Jody Miller”.

Miller was also included in

“Stronger Together: The Power of Women in Country Music,” a GRAMMY Museum curated exhibit, showcasing some of the most influential women in Country music history. The exhibit was on display at the Woody Guthrie Center in Tulsa, Oklahoma, featuring video of Miller’s televised performance of her 1966 Grammy Award winning hit “Queen of the House”. The exhibit moved to the GRAMMY Museum in L.A. and will be included in the upcoming touring exhibit.

In the 70’s, Miller began recording for Epic Records in Nashville, working with Billy Sherrill as one of his premiere Countrypolitan artists, notching several hits, including the Top 10 singles “Baby I’m Yours,” There’s a Party Goin’ On,” “Darling, You Can Always Come Back Home,” “Good News” and the Grammy-nominated

cross-over hit “He’s So Fine.” With her beauty and charisma, Miller became a frequent guest on shows such as “Hee Haw” and “Pop! Goes the Country.”

In the early 80’s, with 31 Billboard charting hits to her credit, Miller retired from touring to spend time at home with her husband Monty Brooks and her daughter Robin. She helped manage her husband’s thriving quarter horse breeding and training business at their farm in Blanchard, Oklahoma.

In the early 90’s, Miller rededicated her life to Christ and began a Gospel Music Ministry, sharing her Testimony through story and song, recording half a dozen gospel albums, culminating in her induction into the International Country Music Hall of Fame.

With all of her accolades, Miller was deeply devoted to her family. Following the death of her husband of 52 years Monty Brooks, Miller began performing with her daughter Robin Brooks Sullivan and her grandchildren Montana and Layla Sullivan as Jody Miller and Three Generations, releasing a single in 2018 “Where My Picture Hangs On the Wall.” In 2021, Miller attended the groundbreaking for a Blanchard Public School Building named for her, The Jody Miller Performing Arts Center, an honor which she called “better than a Grammy!” Dealing with the symptoms of Parkinson’s Disease in the past few years, Miller made the decision to enter the studio one last time in 2020 for an upcoming project

“Wayfaring Stranger” on Heart of Texas of Texas Records. The title spiritual song, part of the artist’s folk repertoire back in the 60’s seems a fitting bookend to her 60- year career. As label President Tracy Pitcox explained, “Jody lived her life, just as she conducted her career, with the utmost class and dignity.”

In lieu of flowers, donations can be made in Jody’s name to: Pleasant Hill Baptist Church in Blanchard, OK.”