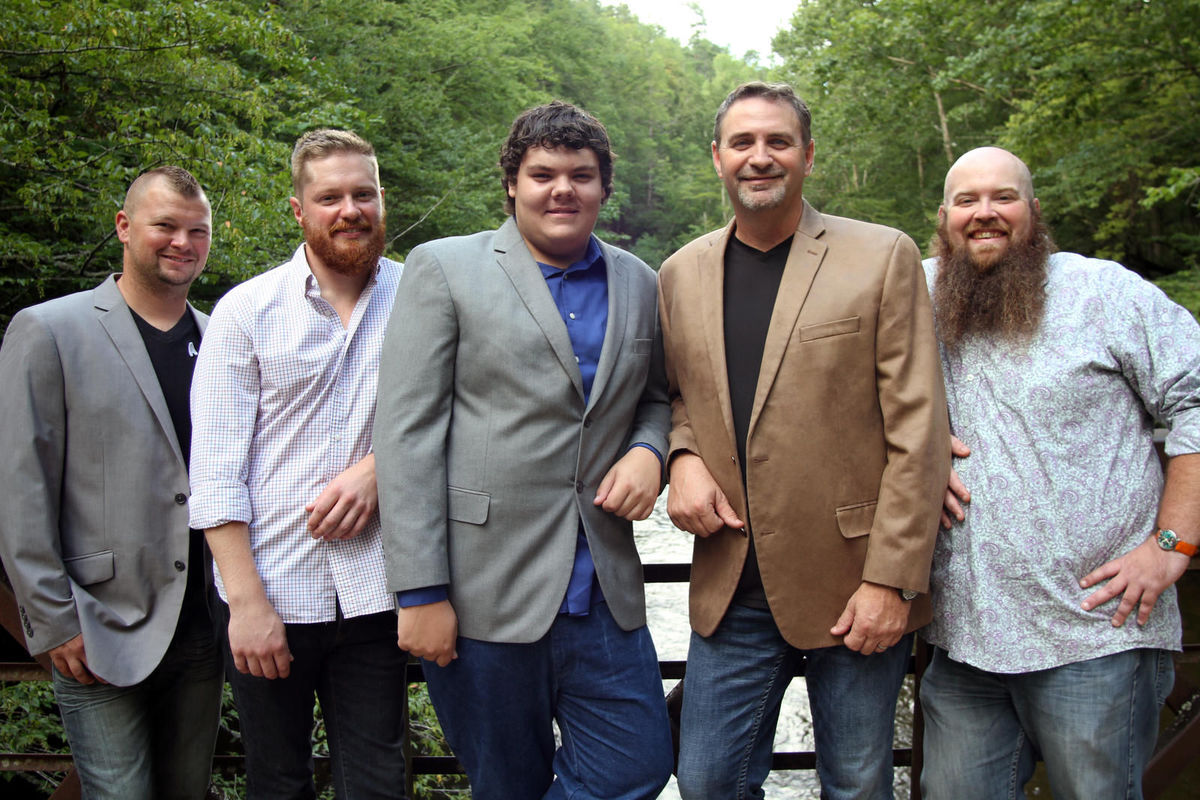 Answer:  Our
latest CD is called Milestones. We released our first single called “Now
That’s A Song” and it has just spent three consecutive weeks at #1 on
Bluegrass Today’s music charts as well as #1 on the monthly chart for March.

Answer: We wanted to choose a title that sort of
describes where we are as a band and where we are headed. Milestones really seemed to be fitting for
the time. February 2018 marked 10 years
since I put this band together and each year has been a milestone for us and
the goals have set for this band.

Answer:  Many
of the songs we record come from writers that are or have been inside the
band. I spend a lot of time looking for
great material to record. I typically
reach out to really great songwriters and gather songs for about a year. I try to find unique melodies or story lines
that will make great tunes for Volume Five.

Answer:  The songs we recorded for our latest CD Milestones were also handpicked by me,
as were the songs on our other albums. I
usually find the majority of the songs and bring them in to the band and we try
them to see how they fit us. The ones on
this CD have been extremely great songs. Each with it own unique sound and story line. There are three tunes on
this record co-written by one of my favorite writers Craig Market. The song he wrote called “Haley” really
sticks out to me. It is a great story
song that will rip your heart out if you are a dad with a little girl.  “North Dakota” was written by
Becky Buller and Craig Market and it is one of my favorite cuts on CD. The melody and story really caught my ear the
first time I heard it. I called Becky
right away and told her I wanted to record it if she didnt have it promised to
anyone.

The song “Just Beyond The Window” is another one
of my favorites from the CD that’s fun to play and sing just because of the
groove and feel of the song when singing and playing. We feel like the whole CD is full of strong
but different type songs that we think will catch the listener’s ear and
possibly tug on their heartstrings a little.

Answer:  The
next single will be “Tell Me You’re Not Leaving” by Tim Stafford and
Craig Market.

Answer:  That’s a great question. I think basically just songs that won’t be
forgettable and that fit our style of music and particular sound. We want to people to remember it when the song comes on and who it is doing it just by our unique
song choice and sound.

Lamitschka:  You did a duet with Rhonda Vincent. How
did that happen to come about?

Answer:  I did
a duet with Rhonda Vincent on our Voices
CD. I have always loved Porter Wagoner
and Dolly Parton’s song “Daddy Was An Old Time Preacher Man” . I loved the message behing the song more than
anything. I had asked to Rhonda to
record it with me a few years back and had planned to have it on our all gospel
CD but due to scheduling and recording
conflicts we just couldnt get it finished in time for the all gospel CD so we
just put it out on our bluegrass CD instead. I couldn‘t have picked a better fit than Rhonda for that paritcular song
and she nailed her part as usaual.

Answer:  I think my two favorites would have to be “Rich
Man’s Daughter” written by our guitar player Colby Laney. This was one of the first songs I feel like
that really opened the door for what Volume Five would define as our unique
sound. It is a well written song and a
great melody that doesnt sound like every other song on the radio.

The other would be “Thorn Tree Shade” written by
Kyle Burnett. I can’t say enough about
how well written this song is. It is
however a murder ballad but the lyrics are so well put together. This has probaly become our most requested
song every place we play.

Answer:  I have from day one with this band tried to
create a fresh new sound for bluegrass that might draw in new listeners and
expose them to more bluegrass and grow our music. Whether you are a bluegrass fan or not, I
have always hoped when someone hears our music that they would like it even
though may have never been a bluegrass fan before and introduce it to someone
else as well. Our website is www.volumefivebg.com. Folks can find all of our recorded music
there, information an picutres of the band as well as tour schedule.