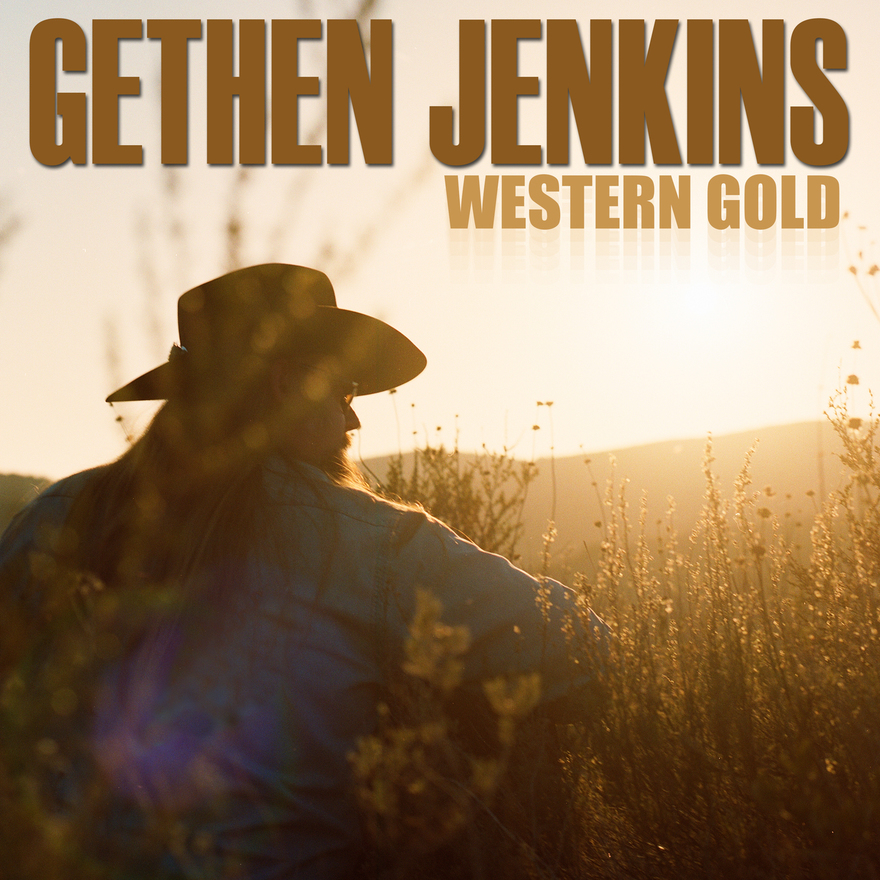 Outlaw
country artist Gethen Jenkins continues to gain the attention of the
music industry with the release of his debut full-length album, Western Gold, via RED MUSIC/Five Music. Ahead of the release, Billboard
gave fans an exclusive listen to the album’s leading ballad, “Strength
of a Woman,” inspired by Waylon and Jessi’s love, the track, “features his [Jenkins’] striking baritone at the forefront of the track as he sings of a powerful love.” Western Gold is now available via all digital retailers. Listen to it HERE.

Recorded in Nashville’sSputnik Studio,Jenkins’ worked with highly respected four-time Grammy winning producer, Vance Powell who is known for his work with Chris Stapleton, Jack White and Buddy Guy. “It was an honor to help Gethen bring this record to light, he’s such a real, honest, hardworking talent… “ Powell raves about Jenkins, “I can’t wait for the world to hear this record!”

Born
in West Virginia and raised in an Indian village in rural Alaska, the
former Marine Corp Veteran’s debut showcases his songwriting on each
track with sole writer credit on five of the 11 titles. Western Gold
highlights the whiskey-soaked honkytonk sound Jenkins’ grew up on,
citing Merle Haggard, Billy Joe Shaver, Charlie Daniels, Waylon Jennings
and even Pearl Jam as his strongest influences. Americana Highway praises the album saying, “Jenkins
has clearly put a lot of time into listening to classic country. He
shows real skill not only in up-tempo foot-stompers, but also in pensive
[thoughtful] songs.”

The current single “Basket Case” was inspired by Gethen’s time in the Marine Corps, leaving the military and feeling relatable to a basket case motorcycle, “the only thing that keeps me sane these days is riding my motorcycle,” Gethen shares of the song.“Basket Case” was recently namedone of Rolling Stone’s “10 Best Country and Americana Songs to Hear Now,” saying it“…hits all the outlaw-country marks, with Jenkins taking pride in the very things that separate him from normal society.”Jenkins co-wrote the track with Aaron Raitiere, whose most recent cornerstone includes writing “I’ll Never Love Again” with Lady Gaga, Natalie Hemby and Hilary Lindsey for the blockbuster A Star Is Born.Listen to “Basket Case” HERE.

Earlier this month Wide Open Countrypremiered the music video of “Basket Case” in
which Jenkins called upon a few of his rowdy friends to help film at
famed biker bar, Cooks Corner Bar in Trabuco Canyon, California, “A
bunch of great people showed up at the drop of a hat… it’s a family
and it means a lot to me that they were there to be in my video.” View the music video HERE.

The singer-songwriter released a previously successful six-song EP titled Where The Honkytonk Belongs in July 2017. The project gained airplay on Sirius XM’s Outlaw Country, as well as becoming one of the top-selling Outlaw Country albums on iTunes.

After
serving eight years in the U.S. Marines, Jenkins settled down in
Southern California, where he has built a dedicated fan base, being
honored with the Male Vocalist of the Year and Album of the Year awards at 2017’s California Country Awards. Recently, LA Weekly names Jenkins a Top 10 Country/Americana Artist in Los Angeles County and 2018’s Best Outlaw Country Artist.