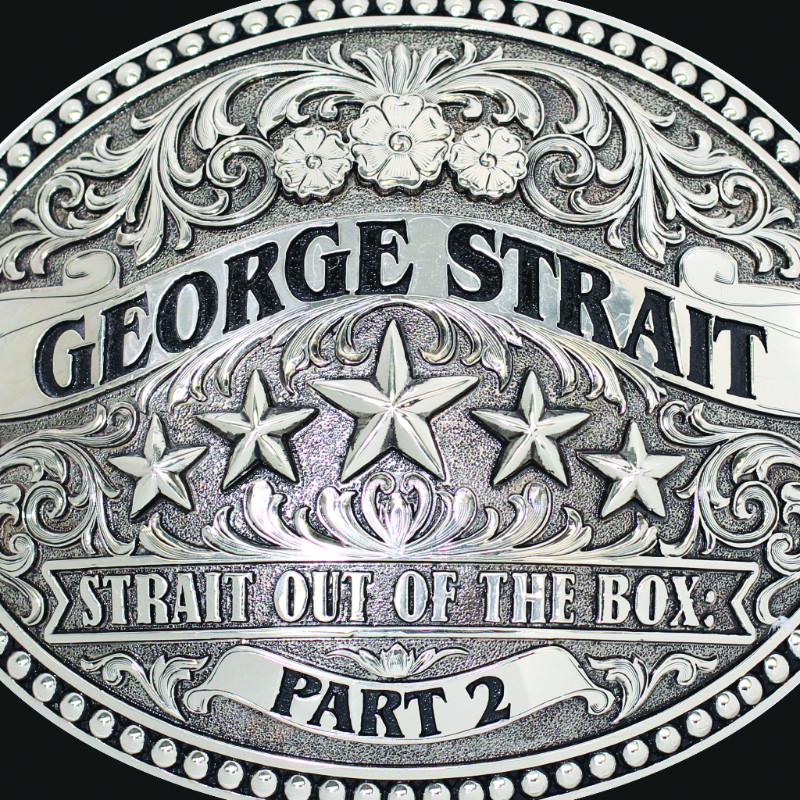 Strait to Perform on The 50th Annual CMA Awards Nov. 2

“Going back through all the songs for this box set does bring back a lot
of old memories,” says Strait. “A lot of them we considered for radio
singles and for whatever reason, we just picked something else. It was
not that hard to pick them after I looked through them because there are
just so many that are my favorites.”

Strait fans have the opportunity to pre-order Strait Out of the Box: Part 2
along with select merchandise, including a silver-plated belt buckle
identical to the one featured on the collection’s cover. The limited
edition buckle arrives in an autographed craft wooden box suitable for
display. All fan packages and pre-order information available HERE.

Strait, the most-nominated and most-award-winning CMA artist with 23 wins and 89 nominations, takes the stage at The 50th
Annual CMA Awards on Wednesday to perform during “country music’s
biggest night.” The broadcast airs on ABC Nov. 2 at 8/7c live from
Nashville’s Bridgestone Arena.

Strait Out of the Box: Part 2 Track Listing:

Strait is one of the most celebrated country music stars in history and Billboard
recently named him No. 1 on the Greatest of All Time: Country Artists
list. With 60 No. 1 singles and more than 70 million records sold,
Strait has more No. 1 songs than any other artist and is third only to
Elvis Presley and The Beatles with the most Gold and Platinum albums in
history. He is the most-nominated artist in CMA Awards history and was
the first country music artist honored with Billboard’s Legend Of Live Award.