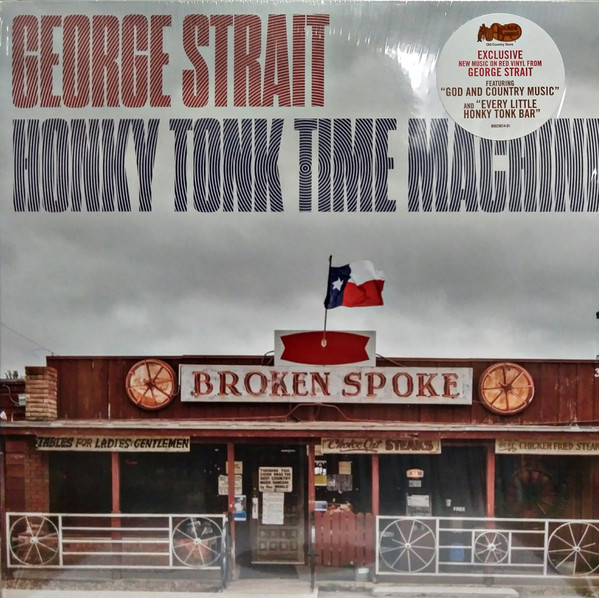 George Strait is the trailblazer of many things together, including the

Strait did explore his life before settling for music, and this is how it began….

Being born to a school teacher with a 2000 acre ranch, his weekends and summers were mostly spent on the farm outside Big Wells, Texas. After his parents divorced, Strait was raised by his father alongside his brother, while his mother took away his sister.

He first got the taste of music when he was enrolled in the Pearsall High School. Most of what he performed was derived from the Beatles as Beatles were what he loved. But then his interest drifted to country music, and he began hearing country musicians. Frank Sinatra, Hank Williams, and Bob Willis were some of those few who had impacted on Strait’s style.

But then life took a turn when he eloped with his high school sweetheart, Norma Voss, and began a family together in 1971. That same year after their marriage in Mexico, he joined the Army as an infantryman. Four years of service saw him honorably discharged from the Army as a Corporal.

Instead of turning to music, he chose a graduation degree in Agriculture from Southwest Texas State University. In 1985 Strait made an endowment fund for the Freeman ranch’s maintenance and operation.

Soon after completing his graduation, Strait joined a country band called Stoney Ridge. It was in response to a flyer posted by the band for a new vocalist position. He also made music while in the Army and had been a part of the Army-sponsored band called Rambling Country.

Stoney Ridge was renamed as Ace in the Hole band by Strait. But, during these times, all his attempts to join a label went waste. His numerous trips to Nashville never yielded a single offer. Possibly rejected by every label, he finally decided to quit music. During these days, while singing in bars and several events, he still worked on the ranch to raise some extra cash for his family.

But then his wife asked him to give it one more year, and while he had already informed his band about his decision to quit music, he still stuck to his wife’s advice. Finally, Erv Woosley became friends with Strait, and he arranged for Nashville musical connections to come down and listen to Strait’s band. However, marketing the Western Swing sound seemed like trouble, and the group left without any deal.

Strait was signed in a recording contract by MCA Records in 1981, and they had a deal with Strait for one song. If that clicked, they were ready to do an album with him.

In his first solo album, backed by his band, they released three songs, out of which one, Unwound, made it to number six in the Hot Country Songs Billboard. Finally, his second album was released, and his journey as a country musician took shape.

The loss came up when his daughter Jennifer got killed in a car accident. For a long time, Strait stopped doing interviews as they did not wish to discuss Jennifer’s death. However, he kept performing and singing for almost two decades. He became the CMA’s top male vocalist in the years 1997 and 1998.

In 2010, Billboard ranked Strait as the number one vocalist of the past 25 years. He kept releasing songs that topped the charts even till 2013. He has done several successful high-gross fetching tours with stars like Miranda Lambert and Chris Young.

He is also the chief spokesperson for VF’s Corporation, that campaign for fallen and wounded military veterans and their families. He has also created a business Vaqueros Del Mar with Tom Cusick, where invitational golf tournaments and concerts are organized regularly. Planning to continue ahead, he seems to be going strong even at 69. Strait, an ultimate trailblazer, might plan something greater alongside, and what he plans next is yet to be seen and is yet to come.