GEORGE STRAIT THE COWBOY RIDES AWAY 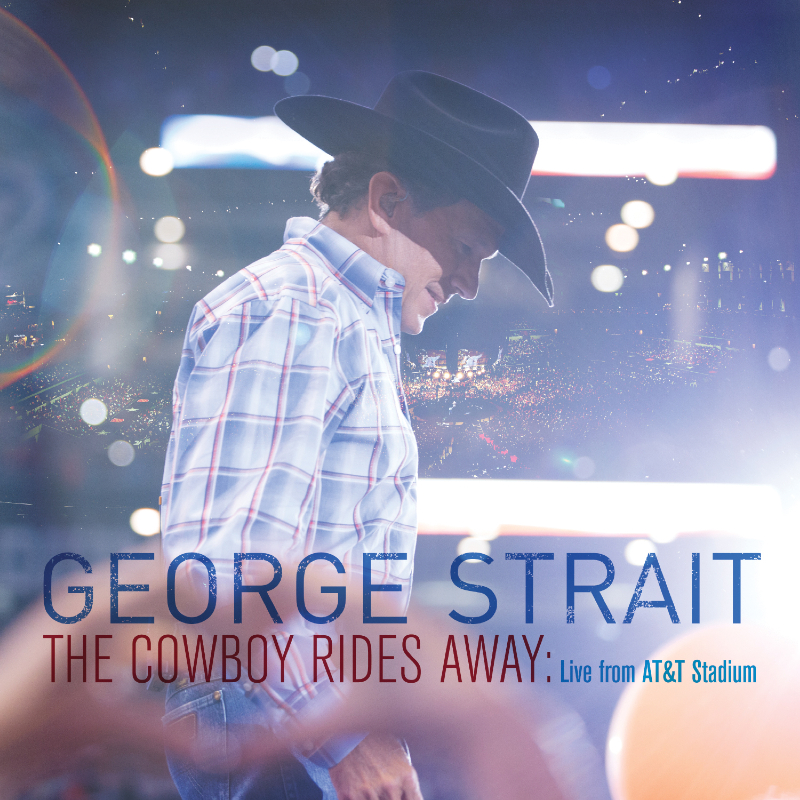 GEORGE STRAIT THE COWBOY RIDES AWAY: LIVE FROM AT&T STADIUM

In 2014, the man known who has earned the moniker “The King Of Country”
embarked on the second leg of his record-breaking two-year North
American concert tour. The aptly titled 2014 The Cowboy Rides Away Tour was
unique in that the tour featured a special guest on each weekend, so
when it culminated in the year’s grand finale, filmed on June 7, 2014 at
the AT&T Stadium in Arlington, Texas in front of a North American
indoor concert record-breaking 104,793 in attendance, it was only
fitting that several of George’s friends joined for the celebration.

The Cowboy Rides Away is an all-star musical production, featuring appearances by Jason Aldean, Ray Benson, Kenny Chesney, Eric Church, Sheryl Crow, Vince Gill, Faith Hill, Alan Jackson, Miranda Lambert, Martina McBride, and introducing George “Bubba” Strait, Jr. Strait
who join Strait to deliver a 40-song set rich with hits from across his
career including the following: “Unwound,” “The Chair,” “Amarillo By
Morning,” “Check Yes Or No,” “Give It Away,” “Troubadour,” “All My Ex’s
Live In Texas” (featuring all of the guest stars), and many more.

In addition to the full concert, The Cowboy Rides Away features bonus commentary from Strait on his show and interviews with his guest stars.

A Country Music Hall Of Fame inductee with 60 Number 1 singles and over 68.5 million records sold, George Strait is a musical icon with a career spanning over three decades. He was the first country music artist honored with Billboard’s
“Legend Of Live” Award, and he earned 2013’s Entertainer of the Year
from the Country Music Association as well as 2014’s Entertainer Of The
Year by the Academy of Country Music Awards.

Eagle Rock Entertainment is the largest producer and distributor of music programming for DVD, Blu-Ray, TV and Digital Media in the world.  Eagle
works directly alongside talent to produce top quality, High Definition
programs, both concerts and documentaries, including The Rolling
Stones, Pink Floyd, The Who, Queen, The Doors, Jeff Beck, Peter Gabriel,
Paul McCartney, Ozzy Osbourne, Genesis, Alice Cooper, Eric Clapton and
Aerosmith. Eagle is a Grammy Award winning company and
has received over 40 multi-platinum, over 80 platinum and over 144 gold
discs, worldwide.  Eagle Rock Entertainment has offices in London, New
York, Paris and Hamburg.