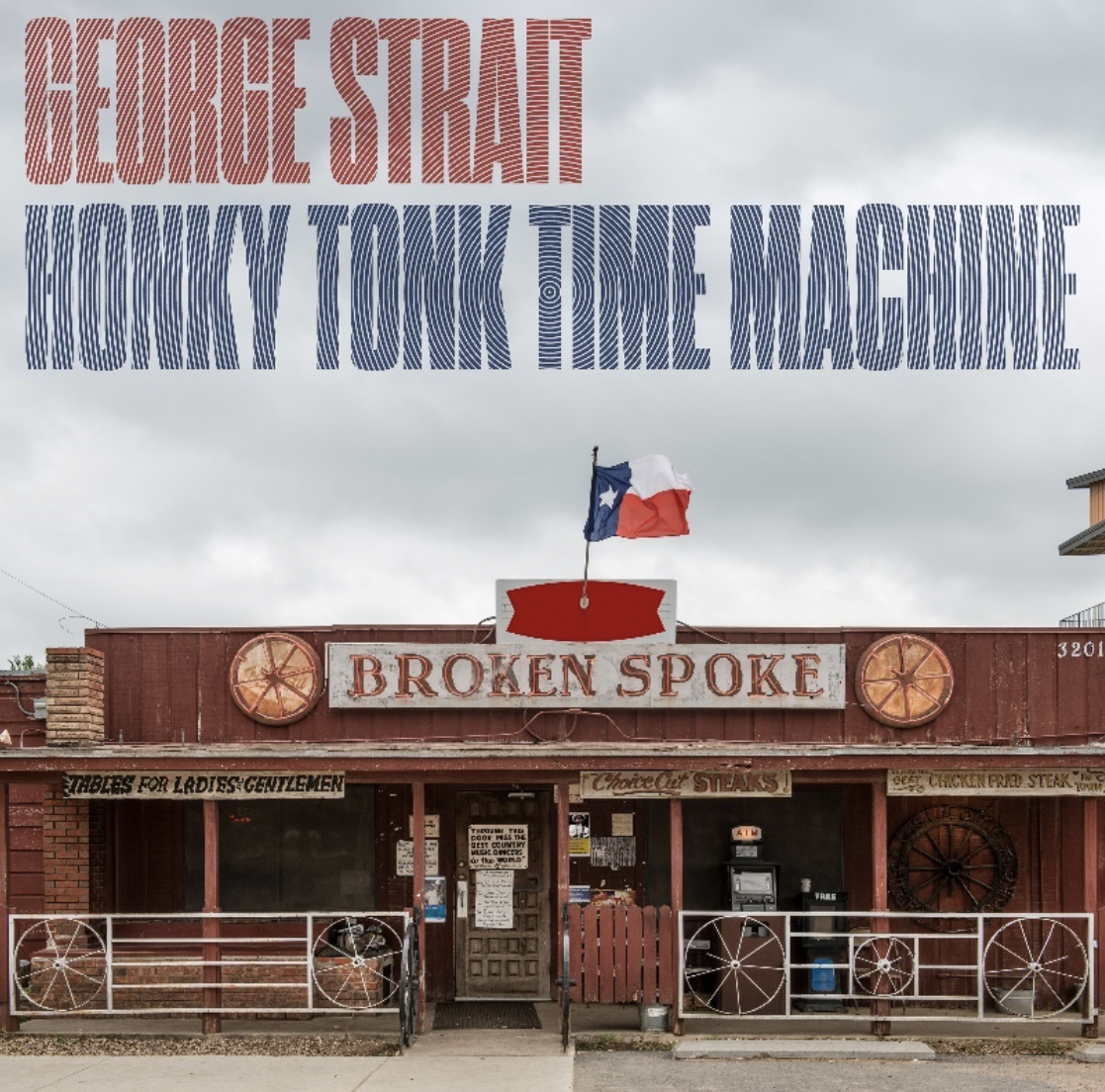 Iconic entertainer and King of Country Music George Strait announces today his brand-new album Honky Tonk Time Machine
due out Friday, March 29 on MCA Nashville. Comprised of 12 original
titles plus Strait’s version of the Johnny Paycheck classic “Old
Violin,” Honky Tonk Time Machine marks an incredible 30th
career studio album for Strait. Strait, who produced the album alongside
Chuck Ainlay, wrote eight of the 13 tracks including “Sing One with
Willie” featuring Willie Nelson that the pair happily debuted at a
recent Nashville show marking the first time the two country icons have
ever shared the stage.

“I’m really excited to have some new music coming out,” shares Strait.
“It’s been about two years since I’ve released a record. It was great
writing with Bubba and Dean again and creating such a beautiful song
with Bubba and Jeff Hyde. Also, it was a very special thing for me to be
able to write and sing one with the legend Willie Nelson. I hope
everyone enjoys listening to Honky Tonk Time Machine as much as I enjoyed making it.”

The album news comes just ahead of Strait’s 21st and 22nd sold out Strait to Vegas shows at Las Vegas’ T-Mobile Arena this weekend.

With an unmatched 60 singles hitting the top of the charts – more than
any other artist in any genre – during the span of his 30-year career,
Strait is the undeniable “King of Country Music.” He has collected 33
Platinum or multi-Platinum-selling albums, more than any country artist
and ranking third across all genres behind only The Beatles and Elvis
Presley. Strait is the only act in history to have a Top 10 hit every
year for over three decades and has sold nearly 70 million albums and
earned more than 60 major entertainment industry awards, including
induction in the Country Music Hall of Fame in 2006.

This weekend, the Country Music Hall of Famer will play his 21st and
22nd sold-out shows at T-Mobile Arena in Las Vegas. The “Strait
to Vegas” series began with six shows in 2016 and extended with 10 more
in 2017. In 2018, Strait headlined Bayou Country Superfest to a sold-out
Mercedes-Benz Superdome crowd in New Orleans, Louisiana, two nights
in Tulsa, Oklahoma and one night in Austin, Texas. This year, fans can
catch Strait at Mercedes-Benz Stadium in Atlanta on March 30, Ohio
Stadium in Columbus, Ohio on June 8, two additional engagements of
“Strait to Vegas” at T-Mobile Arena in Las Vegas on August 23 and 24 and
Dickies Arena in Fort Worth, Texas on November 22 and, due to
overwhelming demand, has added a second show on November 23, with
tickets going on sale Friday, February 8 atticketmaster.com. For more information, visitwww.GeorgeStrait.com.