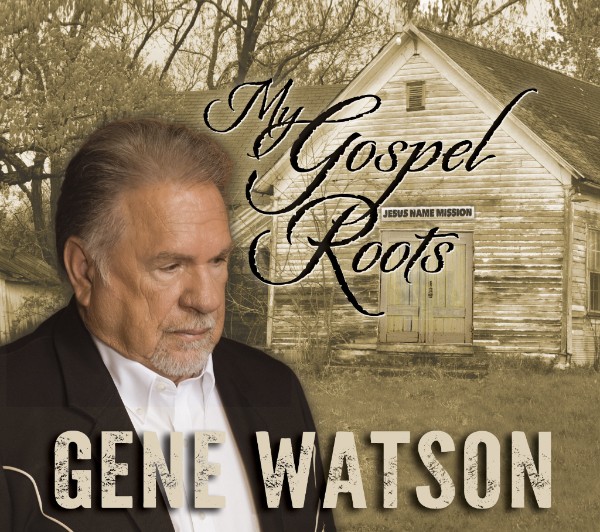 Country legend Gene Watson released “Build My Mansion (Next Door to
Jesus),” the second single off his critically-acclaimed Gospel album My Gospel Roots. The single features the incomparable vocal stylings of The Isaacs and is currently rising up the Gospel charts.

Fans of Watson’s take on the gospel classic include the award-winning
movie producer and longtime business associate of Robert Duvall, Brad
Wilson, “Gene Watson is one of the greatest singers of our lifetime. Now
Gene with the help of The Isaacs has recorded one of the greatest songs
of our lifetime “Build My Mansion (Next Door to Jesus)” and one of my
all time favorites. This is probably the best version of this song ever
done. A masterpiece! If Dottie Rambo were still with us, I would think
she would feel the same.”

Watson recently celebrated another No. 1 off his critically-acclaimed Christian album My Gospel Roots
which continues captivating fans with, “Old Roman Soldier.” The single
ascended to the top spot on the Cashbox Country Christian and Christian
Servant Charts earlier this summer. During a performance in Tyler, Texas
at Liberty Hall, Watson was presented a plaque by Tommy Smith, Editor
of Christian Servant Magazine, commemorating the No. 1 Gospel single.

Over the years, Watson has proved he is one of the greatest traditional
country artists of his generation, and he is defiantly proud to release a
Gospel album that stands out in the wave of today’s popular music.
Watson dedicated his new album in memory of his parents, Ted and Thelma
Watson, who he credits for raising him in the church and sharing their
love for Gospel music. The 13-track record brings the pure, organic
country sound that Watson is famous for to gospel songs that he grew up
with.

Despite a busy few months in the studio, Watson, who is often known as
“The Singer’s Singer,” shows no sign of slowing down his touring
schedule. Fans can expect to hear his powerhouse vocals on classics like
“Love in the Hot Afternoon,” “Farewell Party” and “Fourteen Carat
Mind,” alongside Watson’s gospel renditions on the road in 2018.

This masterful country stylist from Houston, Texas has been thrilling
audiences for more than 50 years. Gene Watson’s tally of 75 charted
titles, 23 Top 10 hits and six No. 1 records has led to membership in
the Texas Country Music Hall of Fame and the Houston, TX Music Hall of
Fame. Radio listeners are still transfixed whenever classics like
“Farewell Party,” “Fourteen Carat Mind” or “Love in the Hot Afternoon”
are played. Considered one of the finest pure-country singers of his
generation and known as “The Singer’s Singer”, Watson offers up one of
the best traditional country shows in the business. In 2016, Watson
released his 33rd studio album Real.Country.Music. which charted on
Billboard’s Top Country Albums.