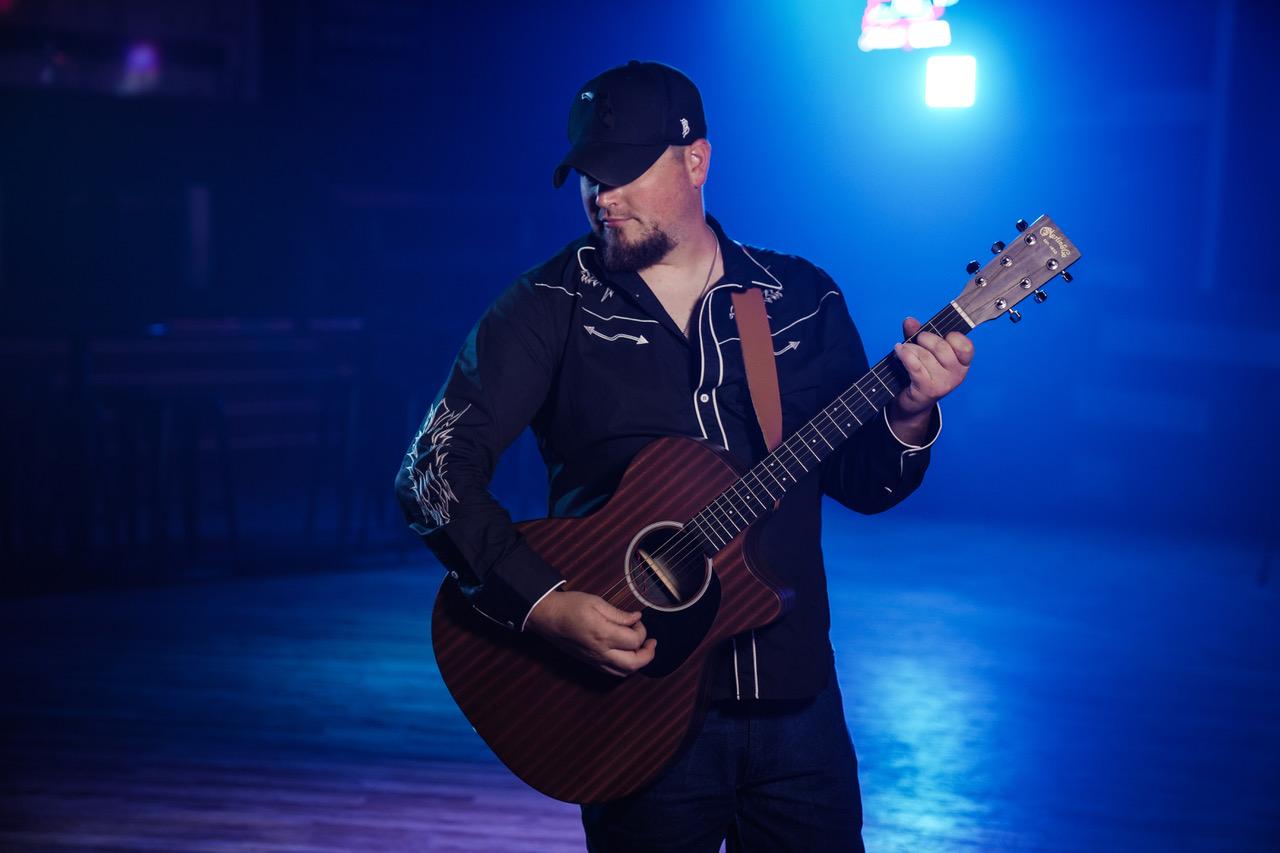 If Gavin Lee feels totally at home in the Great Outdoors, the stage is quickly becoming his second home.

Gavin spent his formative years with his stepfather, working their farm under the hot summer sun in Florida, and hunting and fishing together in the Fall. It was during these years that Gavin developed his love of music, learning to play guitar in his early teens and listening to the local rock and country radio stations.

“The songs that influenced me were a lot of Brooks & Dunn, Travis Tritt, definitely a lot of Hank, Jr.,” said Gavin about his musical influences.  “A lot of older country, but definitely a lot older rock as well. I’m kind of a big Poison and AC/DC fan and all that.  As far as pushing me in one direction, so to speak, one song that stands out in my mind in particular was “Check Yes Or No” by George Strait.  That was the song that pushed in the direction of country.  Before that I was listening more to rock, because my parents were both big fans of rock and roll, but my mom was a huge fan of Alan Jackson, so I listened to a little bit of Alan Jackson and a whole lot of rock and roll!”

He graduated from Molly Hatchett and Lynyrd Skynyrd to feeling an affinity with the Country artists of the 1990s and the storytelling that was relatable to the everyday working man and woman.

“I just enjoy the twang and the ‘relatableness’ of it all,” was how he described his love of 90s country.. “Life is full of ups and downs, and 90s country, for me, really touches on that. ‘His woman left him, he lost his job, his dog died’ or whatever! That’s what Life is really like.  And it can be happy too, obviously, but mostly, that’s what did it for me when it comes to 90s country.  That has influenced a lot of my own music.”

Following the death of his beloved stepfather, Gavin found comfort in his songwriting that helped him cope and heal. He has said that from there, he discovered a way that his songs could focus on and celebrate the ‘little things’ in life.

Following his dream, Gavin made the big move and came to Nashville where he found a welcome in the music community, regularly participating in writers’ rounds across Music City and honing his craft as a songwriter.

Since then, he has released a number of singles including “Old Chevy” – inspired by the gift he received as a reward from his stepfather – and is now in the studio with producer Bill McDermott working on new music. Listen to his current single, the poignant “Beginning of Me,” and other tracks at https://gavinleemusic.com/music/.

A couple of different inspirations led to the writing of “Beginning of Me,” as Gavin explained.

“I was trying to write a ballad, and I heard a song by Riley Green called “Bury Me in Dixie,” and when I first heard that song, I loved it,” he recalled.  “I’m from Florida, and Riley’s from Alabama, so we’re both from the deep South.  I wanted to write a song similar to that song as far as a ballad goes. But ‘Beginning of Me’ didn’t turn out to be the ballad that I set out to write, but Riley’s song gave me the inspiration to write something really heartfelt.”

The second influence behind the song, again, was Gavin’s stepfather.  “All of that in the song is true, from start to finish. I actually have a tattoo of my stepdad on my right shoulder,” he revealed. “So those two things came together to give me the inspiration for ‘The Beginning of Me.’

Gavin told me the story behind the song. “I co-wrote ‘Friend With a Beer’ with Will Rambeaux and Sherrié Austin, and they had a few titles that they’d come up with before I got to the writing session and ‘Friend With a Beer’ was one of ‘em. I said, ‘You know what? I kinda like that one. Let’s go with that feel.’ So we just wrote to that song title.  In all honesty, I think we got it written in an hour.  It pretty much wrote itself. It’s simple, happy, upbeat and fun!”

Gavin invited a lot of friends and family to join him for the “Friend With a Beer” music video. “That’s me riding in my backhoe and my Ford pickup in the video. It was a fun video to make and we had everything right there.”

With a laugh, Gavin added, “I have a lot of friends, but my favorite friend is the one that brings me an ice-cold beer!”

Coming up: the new single, “Dance,” another track co-written with Rambeaux and Austin, set to drop in April 2022.

“I am pumped! He said excitedly.  “I can’t wait for ‘Dance’ to be released.  It’s a traditional country song.  It’s a mix between a kind of a Brooks & Dunn “Hard Workin’ Man” and “Boot Scootin’ Boogie.” It’s got a line dance in it.  Out of all the songs that I’ve written and recorded, this one is by far my favorite.  It’s just got that good upbeat feel to it. It’s the kind of song that really gets the audience up and moving.”

“Dance” is on track to add to Gavin Lee’s growing reputation as a solid singer-songwriter whose storytelling skills put an original twist on songs built around the lives of the country’s hardworking blue-collar people.

Her father had worked as a sales manager in a country studio and thus Ballerini was always in touch with music, she knew country music and loved it from the core of her heart. It was her deep interest in this musical form that made her through the struggling years.