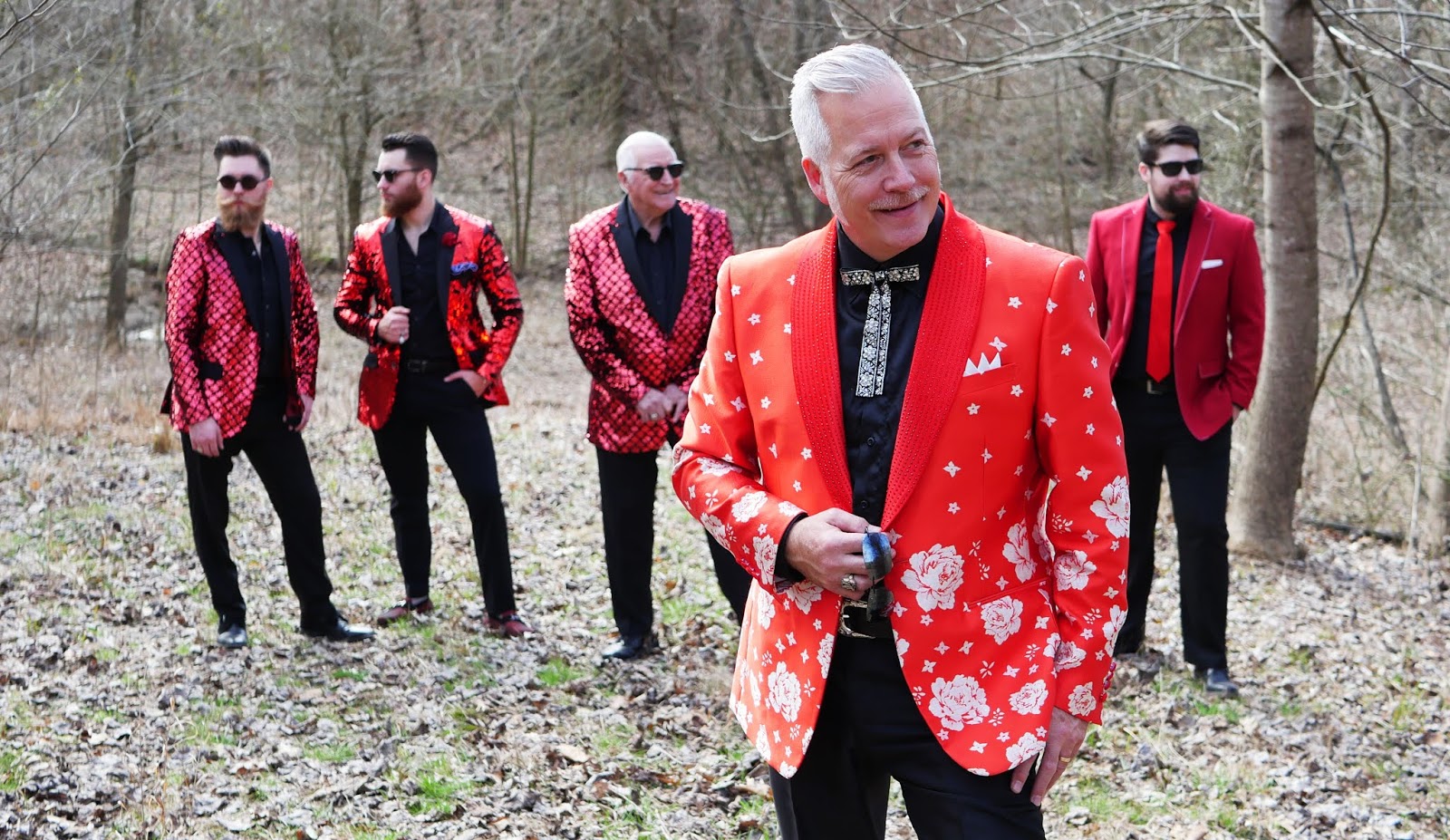 1.) How was last year for you? What were your highlights?

Last
year was definitely a great year! Myself and the Kentucky Ramblers were
still reaping the benefits of the success of our Vintage Country album
(Vintage Country Revival) released in 2018. It shot to the #1 spot on
the Global Country Radio charts and held there over 4 months after its
release. We were honored to have received 2 GRAMMY Award nominations for
the project.

My latest CD is Gary Brewer & the Kentucky Ramblers 40th Anniversary Celebration.
The album celebrating 4 decades of Bluegrass, features all my original
material, performed by the current band (Gary “Wayne” Brewer Jr., Mason
Brewer) with Ron Stewart (who started out with me in the early years and
cut a lot of these tunes with me originally) and my Daddy (Finley J.
Brewer). Guests include recent GRAMMY award winners The Travelin’
McCourys, Sam Bush, Russell Moore, Ralph Stanley II, Dale Ann Bradley,
Ashton Shepherd, and T. Graham Brown.

3.) Do you write the songs your self?

Yes,
most of what we perform during each performance is original material. I
have been writing songs and arranging music since the start of my
career back in 1980, I’ve been blessed to receive significant chart
action in multiple genres over the years.

4.) What is the difference between your last CD and your current one?

My
last CD was a concept record for the listener to hear what it would
have been like to walk into a smoke-filled club or Honky Tonk in the
50s, 60s, and 70s. We wanted to catch the sound and revive it on record.
Our current project is in celebration of my 40th Anniversary in the
music. We decided to take my “greatest hits” and re-release and record
them with my current band (my 2 boys and dad) along with some of today’s
music legends. The greatest difference is the genres. While putting our
own spin on the tracks, my last CD was Traditional Country. My current
CD (40th Anniversary Celebration) is 100% Bluegrass and all original
material.

5.) Your current single is being played by radio. What do you feel is special about this song that makes people want to hear it?

My
current single, Goin’ Up Shell Creek (feat. The Travelin’ McCourys) is
special because it has the realistic and relatable subject of heartbreak
and lost love while also being upbeat and attention capturing! To me it
has it all; rock-solid rhythm, smooth harmonies, driving melody…it
just makes you feel good when you hear it.

6.) What moments in your career stand out in your memory as highlights and achievements which you are proud of?

I
have several highlights and achievements that stand out in my memory,
but my top 2 would have to be having the honor to perform on the Grand
Ole Opry stage multiple times and being the last person to commercially
record with Bill Monroe (the Father of Bluegrass).

It’s
all about dedication and aspiration. I’ve been incredibly blessed to be
able to make my living in music for 40 years. With all of the ups and
downs in any industry, I would say a crucial part of having major
success would be the team that is behind you and pushing your music. In
my case, I believe we have the best team in the world with everyone at
SGM Records and Brewgrass Entertainment.

8.) Who inspires you musically and how deep do your musical roots run?

I
have countless people that have inspired me musically. Of course in
Bluegrass Bill Monroe and Ralph Stanley inspired me greatly early on.
They were always good to me. We became dear friends over the years. I am
also greatly inspired on a daily basis performing across the country
with my band. My sons (Gary Jr. “Wayne”, and Mason) have really lit a
fire under me! They have encouraged and motivated me to put it at full
throttle in high gear and I thoroughly enjoy traveling with them and my
dad (Finley). My musical roots run 6 generations deep. I am the 5th
generation and my boys are the 6th. My great grandfather Finley Brewer
Sr. performed as a regular member of the Carter Family in the 1920’s. I
am very proud of the Brewer family heritage!

9.) What can your fans expect to see when they see you in concert?

Again,
It is such a blessing to tour with my two sons and my father. Three
generations of Brewer’s on the stage every night across the country is
just simply awesome. Fans can expect a high energy and entertaining show
chuck-full of Bluegrass, Vintage Country, Americana, Gospel and Old
Time Mountain Music; covering my original/signature songs, along with
six generations of Brewer repertoire. I have even been known to throw in
an Elvis tune or two. With the variety of genres we include, I stamped
our style as Brewgrass.

10.) Most careers don’t last as long as yours. What’s giving your career the staying power?

My
40th anniversary is this year, and I’d say what is giving it the
staying power is my love for the music and, of course, my family. I have
enjoyed every minute of it because I had my wife, parents, and my 2
boys by my side. I tour today with my dad (Finley) and sons (Gary Jr.
“Wayne”, and Mason). Some day, I will be able to pass all of this down
to my boys. The fact that they love it as much as I do, has always kept
me going no matter what.