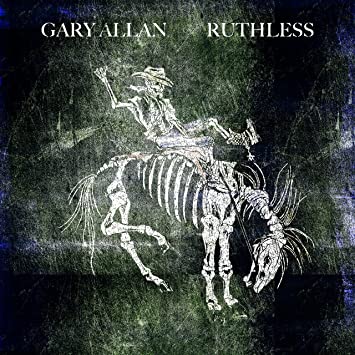 One incident that almost affirmed Allan’s way came up when he was struggling to build his musical career. Allan got a job marketing automobiles. In the glove compartment of a truck acquired by an affluent couple, he put a demo cassette. When the couple realized, he was the singer, they gave him a $12,000 cheque. This self-funded trip to Nashville allowed Allan to record some of the songs from the early demo tape with Byron Hill as producer. They worked for a couple of days at Javelina Studios on the four songs that Hill immediately showed to labels on September 11, 1995. Several labels, including Mercury, RCA, and Decca, responded positively to Allan’s recordings. Hill, Allan, and a buddy of Allan’s, who was a progra, had a rendezvous at a Nashville hotel.

He was with parents who encouraged his musical career. He tried Honky Tonks with his father. He always agreed that he was always half asleep in his class after playing at bars at night. On August 28, 1993, Allan was introduced to songwriter/producer Byron Hill by a mutual friend and talent scout Jim Seal at the Lion D’or in Downey, California, where Allan was already performing regularly. Seal and Hill had asked Allan if they could put together a show for an unsigned talent they were working on.

Hill had arranged for a major label’s head of A&R to attend the show to witness this other group perform. Allan graciously agreed to let them use his stage for the occasion, giving the new artist the night’s opening position. Hill assured Gary that the A&R specialist would be there for his segment of the show. Everyone was blown away by Allan’s performance, and his voice left a lasting impression. Byron Hill started sending Gary tracks after that. Hill arranged for Allan to go into Seal’s modest studio in California to attempt his vocals on some of the existing demo recordings that Byron had given to Gary from Nashville, Tennessee, despite the lack of substantial money at the time.

Meanwhile, Hill took over as chief of A&R at BNA Entertainment on October 29, the same year, and intended to sign Allan right once, but the present roster situation and other factors surrounding RCA/BNA Nashville’s planned reorganization stood in the way.

In 2003, he released his fifth album, named ‘See If I Care,’ which had hit songs from his career such as ‘Tough Little Boys,’ ‘Nothing On But the Radio,’ and ‘Songs About Rain.’

Allan released a devastating and intimate album, ‘Tough All Over,’ in 2005, following the death of his wife. The album opened at No. 3 on the Billboard 200 and No. 1 on Billboard’s Top Country Albums Chart.

Allan released his album ‘Living Hard’ in 2007, which included the hit single ‘Watching Airplanes.’ The song charted at No. 2 in the country and No. 1 on the Media base Chart. Another success from the album was ‘Learning How to Bend.’

The popular track “Nothing on But the Radio” from the album “See If I Care” is regarded as Allan’s best success. It went on to become number one on the Billboard Hot Country Songs chart. It earned him an ASCAP Award and that gave him his mark.

After being divorced twice and with his third wife committing suicide, he had a tough time convincing himself he was good to move on with his life. He did take it with him and Allan’s eleven studio and greatest hits albums have spawned 26 singles on the Billboard Hot Country Songs and Country Airplay charts in the United States, including the number one hits “Man to Man,” “Tough Little Boys,” “Nothing On But the Radio,” and “Every Storm (Runs Out of Rain)” (all in 2003).