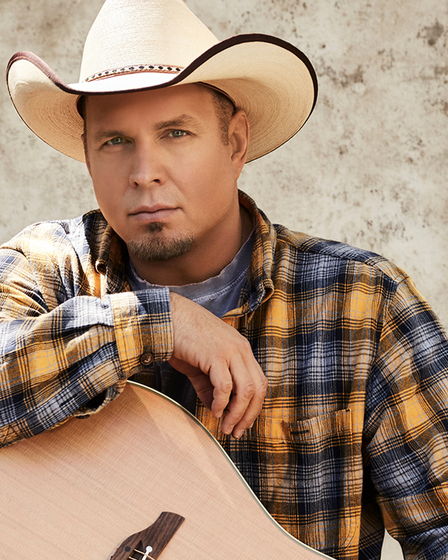 GARTH
BROOKS NOW STREAMING FOR THE FIRST TIME IN HIS CAREER, MUSIC FROM THE
BEST-SELLING SOLO ARTIST IN U.S. HISTORY IS NOW AVAILABLE TO STREAM
EXCLUSIVELY ON AMAZON MUSIC

STARTING
TODAY, FANS CAN LISTEN TO HIT SONGS AND POPULAR ALBUMS FROM THE COUNTRY
MUSIC ICON ON AMAZON MUSIC UNLIMITED, INCLUDING THE LATEST
SINGLE—“BABY, LET’S LAY DOWN AND DANCE”—OFF HIS HIGHLY ANTICIPATED NEW
STUDIO ALBUM, GUNSLINGER

In Addition To Unlimited Streaming, Garth Brooks Albums And Songs Are Available For Purchase And Digital Download On Amazon Music


Nashville, TN — Oct. 19, 2016 – Amazon today
announced that music from the best-selling solo artist in U.S. history,
Garth Brooks, is now available to stream exclusively on Amazon Music.
This is the first time ever that music from the first and only artist to
receive seven Diamond awards for seven individual albums from the
Recording Industry Association of America (RIAA) is available to stream
on-demand. Starting today, Amazon Music Unlimited subscribers can stream
the latest single, “Baby, Let’s Lay Down and Dance,” from his upcoming
new studio album, GUNSLINGER (Pearl Records,
Inc.), in addition to Garth’s Diamond-selling album, The Ultimate Hits
and the two-time Diamond-selling album, Double Live, which includes
“Friends in Low Places,” “The Dance,” “Papa Loved Mama,” “Callin’ Baton
Rouge,” “Unanswered Prayers,” “The River,” “Ain’t Goin’ Down (‘Til the
Sun Comes Up),” “Two Pina Coladas,” “Shameless,” and “The Thunder
Rolls.” All songs on Double Live will also be available on Prime Music.

More music from the multi-GRAMMY award-winning and Billboard
award-winning artist will be added to Amazon Music Unlimited later this
year, including his upcoming new holiday album with his wife and country
star Trisha Yearwood titled, CHRISTMAS TOGETHER (Pearl Records, Inc.),
and his highly anticipated upcoming studio album, GUNSLINGER, the first
since 2014, which features the new single, “Baby, Let’s Lay Down and
Dance,” released just last week. Rolling Stone
called the single an “upbeat country tune with Southern rock-inspired
guitar riffs has a timeless sound.” The new song is streaming, as of
today, exclusively on Amazon Music Unlimited.

“It is a joy to work with a company that is all about the customer when
it comes to service, and all about the music and its creators when it
comes to the music,” stated Garth Brooks. “I applaud Amazon on their
commitment to quality and thank them for this opportunity.”

“This is a landmark moment for both Amazon Music and Garth Brooks,”
stated Steve Boom, VP of Amazon Music. “Garth Brooks is a legendary
country music superstar who continues to shatter industry records and
amaze fans three decades into his career. We are honored to make his
music available for streaming for the first time ever, exclusively on
Amazon Music.”

The genre-spanning collection of Garth’s music, including studio albums
and compilation albums, are also available for purchase and digital
download in MP3 format exclusively on Amazon Music. Amazon Music
Unlimited will also be the official sponsor of Garth Brooks current
record-breaking tour, which will go worldwide in 2017.

Garth Brooks has received seven Diamond awards for seven individual
albums from the RIAA for selling over ten million units each, a feat
only he can claim, and is the No. 1 selling solo artist in U.S. history
certified by the RIAA with over 138 million album sales. Throughout his
illustrious career he has won the Billboard Music Artist Achievement
Award, NACCP Image Award and has been inducted into the Country Music
Hall of Fame, Nashville Songwriters Hall of Fame, and the International
Songwriters Hall of Fame in New York. Garth also just received his 11th
nomination for Entertainer of the Year from the CMA Awards.


Launched last week, Amazon Music Unlimited is available on all Amazon
Music compatible devices at a breakthrough price of $7.99/month or
$79/year for Prime members (which is $6.58/month) or $9.99/month for
non-Prime customers. In addition, Amazon Music Unlimited is available
with an exclusive “for Echo” subscription plan for only $3.99/month for
listening on a single Echo, Echo Dot or Amazon Tap.