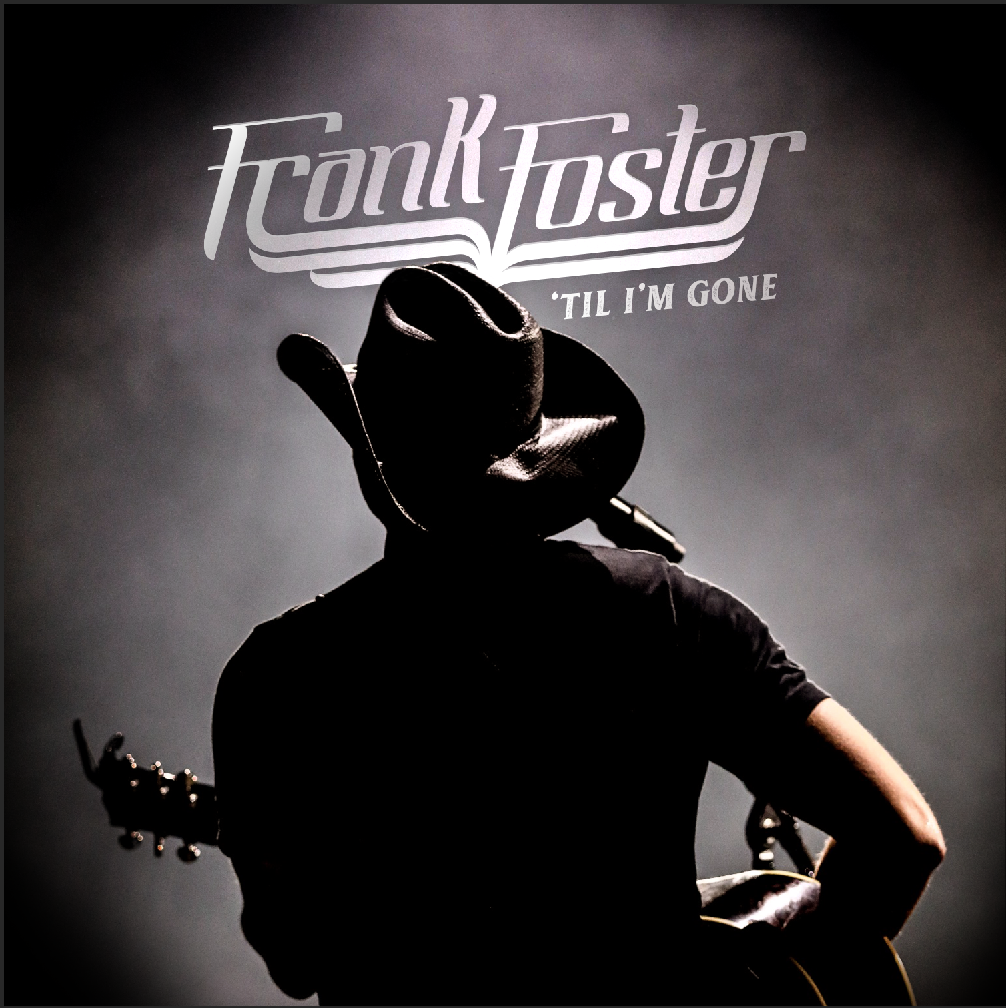 NASHVILLE, Tenn. – Frank Foster, known for his “pure twang and honest lyrics” (Cowboys & Indians), released his highly-anticipated seventh studio album ‘Til I’m Gone today. National momentum continues for the Louisiana native, who’s been featured in Sounds Like Nashville, Cowboys & Indians and Parade.com recently. CLICK HERE to download ‘Til I’m Gone, which debuted at No. 2 on iTunes Country Albums Chart and continues to climb!

“I put everything I had into this one,” said Foster. “When it’s all said
and done, if this album somehow becomes what defines my career, I’ll be
fine with that. I think it’s that special.”

The seasoned performer has a devoted fanbase, who regularly pack
sold-out venues throughout the Southeast to hear Foster’s self-penned
tunes, writing every song he has ever released and deepening his
personal connection with fans. Foster recorded ‘Til I’m Gone at
Welcome to 1979 studios in Nashville. Foster co-produced the album with
Rob O’Block, Topher Petersen, Caleb Hooper and Jeremy Warren.

A former oilfield man turned entertainer, Foster, became a viral
sensation when his co-worker posted a video of him playing on YouTube.
His YouTube now has 10 million views while his Spotify has more than 18
million spins. While not writing or recording, Foster spends time
touring the country opening for artists such as country music icon Hank
Williams Jr.

2.  Something Bout Being Free

Frank Foster has charted 5 albums on the Billboard Country Charts with 2
of them debuting on the top 10. Foster has sold over 125,000 albums and
325,000 singles during his career. His YouTube has over 7.5 million as
well as 7.5 million streams on Spotify. He was on tour with Hank
Williams Jr. for select dates Summer 2017. Foster worked full time on an
oil rig in the gulf of Mexico for six years, after working 12 hour
shifts he would play songs for co-workers to pass the time. His
co-worker posted a video of him playing on YouTube and it went viral.
After this he decided to post some more and began touring on his off
time. Foster moved to Nashville in 2009. He released his first album,
Rowdy Reputation in 2011 and signed with WME in 2014.
Frankfostermusic.com.