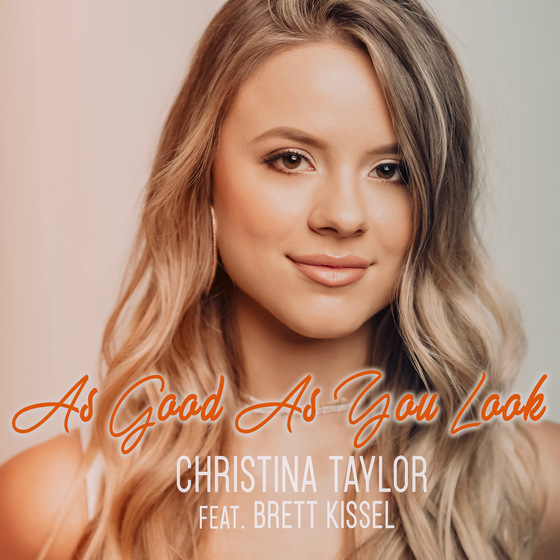 First Listen: Christina Taylor and Brett Kissel Duet, “As Good As You Look”

“As Good As You Look,” the sparkling new duet from rising singer-songwriter Christina Taylor and 14-time Canadian Country Music Association award-winner Brett Kissel, is now on Sounds Like Nashville (see here)and will be available worldwide Oct. 18.

Written
by Christina Taylor, Kelley Lovelace and Brent Anderson, “As Good As
You Look” tells the story of falling for someone from afar — and
wondering what lies beneath the surface. Kissel, also a two-time Juno
winner (equivalent to a GRAMMY), joined Taylor in the studio earlier
this year to layer their vocals in this upbeat track.

“This is one of those songs that mean so much,”said Taylor. “There’s
so much behind it, yet we wrote it in one session and recorded it
pretty quickly too. It’s so real, it all just came naturally.”

“Christina and I had so much fun in the studio recording this single, commented Kissel. I am a big fan of Christina and this song. I can’t wait for everyone to hear it!”

Nashville-based
Taylor attributes the soulful side of her music to her Florida roots,
where reggae and R&B music were prominent. When her family relocated
to North Carolina she began drawing inspiration from an array of
artists, among them Shania Twain, P!nk, Eric Church, Destiny’s Child,
Miranda Lambert, and Tim McGraw.

Honest,
unapologetic and fun, Taylor has already shared the stage with McGraw,
as well as Keith Urban, Rascal Flatts, PitBull, LoCash, and Scottie
McCreery. Her music is heard regularly on Radio Disney and CMT and she
will soon be seen as host and performer of “Dirt Road Divas,” a new
series set to debut on The Country Network.

About Brett Kissel: As
one of the top acts on the Canadian Country music scene, Brett Kissel
is on the brink of becoming a household name across the United States.
His current single “Drink About Me” is featured on editorial playlists
across Spotify, Apple Music, and Amazon Music and has garnered over 2M
streams in just one month. The “Drink About Me” music video starring
Bachelor Nation’s Kaitlyn Bristowe and Jason Tartick premiered on Entertainment Tonight and was recently added to CMT Music.
Having toured with artists such as Garth Brooks and Brad Paisley, the
young entertainer is no stranger to the stage and just last year he
completed two legs of his headlining tour which was marked as one of
Canada’s most extensive tours, selling out venues and reaching
nationwide status. Earlier this year, Kissel was awarded a Gold record
for his smash single “Anthem” (his seventh Gold record) and a “Double
Road to Gold” plaque by CIMA, where he was one of the few artists to
qualify in the 12-month eligibility period, for his massive 2018 “We
Were That Song” tour that saw him perform over 110 dates in every
province and territory in Canada.  For more information on Brett Kissel,
visit http://www.brettkissel.com/ and follow him on Facebook, Twitter, and Instagram.