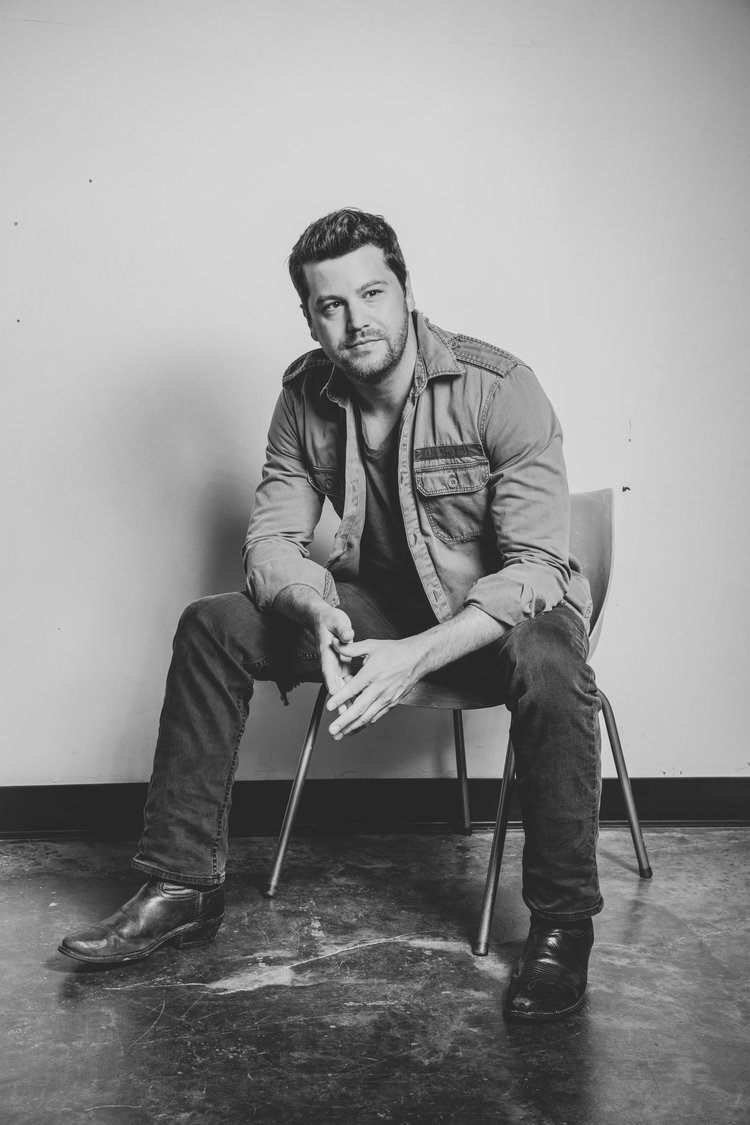 Eric Dodd grew up in Greensboro, Georgia chasing two things: golf balls and guitar. He had a passion and natural gift for both. He earned a golf scholarship to Georgia College and State University, where he majored in business. When he wasn’t playing in golf tournaments, he was playing in frat houses with his band. He eventually transferred to the University of Georgia to pursue a music business degree and immerse himself in the fertile Athens music scene (R.E.M, Drive-By Truckers). But in the end, it was lyrics over links that brought him to Music City.

Savina Todorova: Your single, Right Where You Left It, how did it come about, what is the story behind it?
Eric Dodd: We wrote my new single, Right Where You Left It just over a year ago, and I co-wrote the song with two great friends and writers: Brandon Day and Jordan Minton.  Brandon was also the executive producer on the record.  The story behind the song goes like this: Brandon already had a lot of the music / the foundation laid down and half baked.  That particular day I arrived at Rhythm House (where Brandon’s studio is) a little early, and he played some of the track for me, and I was immediately drawn to what he had started to create.  It felt so good, but also had this bittersweetness to it  Jordan showed up and loved the track as well, and had the title / hook.  We all just kind of looked at each and knew that was the right idea for the track, and then we kind of wrote the song backwards.  We told stories about prior relationships that really spoke to the hook, and it all just felt right.  We knew we were onto something once we had the hook line: This Town.  This Bar.  This Heart.  Is Right Where You Left It.  The song is based on true stories that we have all experienced, and I think the line that sticks out the most is “Still hurts like hell when I run into your mama.”  I have been there before!

Savina Todorova: Do you write the songs yourself? If not, how do you go about finding the songs for your CD?

Eric Dodd: Every song I have ever released I have either written or co-written.  I am blessed to have so many great songwriter friends that can help me tell my story to my audience.

Savina Todorova: Please tell us about the single most played by radio (influences, etc).

Eric Dodd: My top performing single is a song called The Reason.  Recently, we just hit Four Million streams.  I wrote this song a few weeks before I proposed to my wife, and I really think it resonates with folks because it’s about that moment right before you totally commit yourself to someone else.

Savina Todorova: What is the difference between your last CD and your current one?

Eric Dodd: My last single, Beer On The Bar, was a carefree, fun, beer drinking sing along song.  Right Where You Left It couldn’t be more different as far as subject.  The funny thing about the new one is how good it feels but how much the lyrics hurt.

Savina Todorova: Who inspires you musically and how deep do your musical roots run?

Eric Dodd: I grew up listening to a wide range of music and genres.  I love it all!  I have an older brother, and he is a huge music nut, so he passed down all of his old cd’s to me.  That consisted a little bit of everything: Edwin McCain, Counting Crows, 2 Pac, Johnny Cash, Tim McGraw, Nirvana, Bob Marley, Sublime, Robert Earl Keen Jr, and so many other versatile sounds and artists.

Savina Todorova: What do you think about today’s music industry?

Eric Dodd: I think today’s music industry is exciting and ever changing.  It’s kind of the wild wild west, but I think there are so many points of entry and great ways for an independent artist like myself to really have a real chance of being noticed!  Again, it’s still all about an awesome song.

Savina Todorova: If you had the chance to change something about the music industry, what would it be?

Eric Dodd: I love the question, and it’s one I have never heard.  If I had a chance to change something about the music industry it would be artists need to get out and play shows earlier in their career.  I have seen lots that are so good on the radio, but when you see them live, it just doesn’t calculate.  I guess I am a bit of a road dog, so that’s one thing I think lots of folks would benefit from.

Savina Todorova: As an artist, you so many tasks such as recording, touring, interviews. What do you like best, what’s your favorite activity?

Eric Dodd: If I was smart, I would say interviews, right ?!?  haha – I know it’s a cop out, but I do love it all; all aspects are so different but so necessary.  I really enjoy the songwriting process and the collaboration with my co-writers.  It’s pretty special to have the opportunity to work on great art day in and day out that could potentially change someone’s life or at the very least make someone’s day a little better.  The song is the foundation.  The writing and the accumulation of lots of songs leads to getting to choose the next song to release and all of the artwork, photo shoots, branding, interviews, social media work, and touring to plan.  Without a great song, there is nothing else, so I spend lots of time making sure the foundation is right!

Savina Todorova: Before you became a star, were your friends and family supportive or was it a struggle?

Eric Dodd: My parents, brother and wife are my biggest fans and always have been.  They also keep me humble and driven to not forget what really matters, and that is, being true to myself and good to people around me.  I don’t take any small wins for granted.

Savina Todorova: What was your big break that got you into the music business?

Eric Dodd: I don’t think there was one big break…more like several small breaks that I feel I created for myself and set goals to accomplish them.  I have worked hard for over ten years in the music business, and think I am closer every day to that bigger break that I have been working towards.