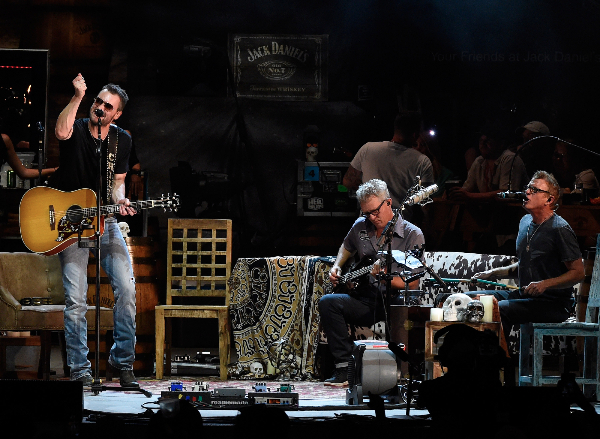 “The thing about tonight is you get to see something you’ll never see
again,” Church told the crowd, which pushed against the lip of the new
venue’s stage and stretched up to the top of the new shed’s back walls.
“Because after tonight we’re never doing this (bleep) again.”

Full of deep cuts, improvisational arrangements, a few lyric slips, a
never-before-heard new song and lots of laughs, the set was reminiscent
of the solo outing Church played earlier this year in Salt Lake City
when most of his band fell ill due to a virus on The Outsiders World
Tour.

Church built “The Outsider’s Joint” on stage, complete with bars and
bartenders, friends and band members seated along his playing space, and
a cowhide couch. He invited band members Jeff Cease, Joanna Cotten, Lee
Hendricks, Jeff Hyde, Driver Williams and Craig Wright on
stage individually Thursday night as accompaniment as he worked through
some of his biggest hits and favorite album tracks.

“My heart rate is going up because I have no idea what the hell
he’s doin’ next,” Cotton said. Church launched into a version of
“Creepin’” with a long improvisational coda before telling the crowd:
“It’s gonna get way weirder, I promise, man.”

After J Roddy Walston and The Business opened the night with a
high-energy set, Church walked onto a darkened stage while working a
solo jam on his guitar as he leapt into “Smoke a Little Smoke,” then
played most recent No. 1 “Talladega.” After that, there was no set list
or road map.

“Welcome to the first night ever at the Ascend Amphitheater here in
Nashville,” Church told the crowd. “I‘ll be honest with you: I came out
here with those first two songs as kind of my plan, and I don’t have one
after this,” Church said. “This only works if you guys sing everything
you know as loud as you can.”

Then Church told the first of several personal stories – about his early
days on Music Row more than a decade ago. “I was thinking about this
one as I was driving in,” Church said before playing “What I Almost
Was.”

The singer-songwriter thanked the crowd for allowing him to play his
songs simply, as they’d first been written, before the studio veneer was
added. He then rewarded fans with a song he’d never played live before
called “Three Year Old” about the wonderful travails of fatherhood. The
song got its start on a fishing trip during which his son threw both his
rod and reel and tackle box into the water. “I’m 38, and I never knew a
fishing rod sinks faster than a tackle box,” Church joked.

The pop-up shop is located at 218 South 11th Street in the 5 Points area
of East Nashville across from the Bill Martin grocery store. Park at LP
Field and receive a free ride to 5 Points (excluding tip)
from JoyRide by calling (615) 285-9835 or use Uber code OUTSIDERS for
$20 off your first ride. While there, a handful of local restaurants
have special food and drink offers for those with Ascend Amphitheater
tickets. Pop-up store hours are 12-6 p.m. Friday and 10 a.m.-2 p.m.
Saturday. 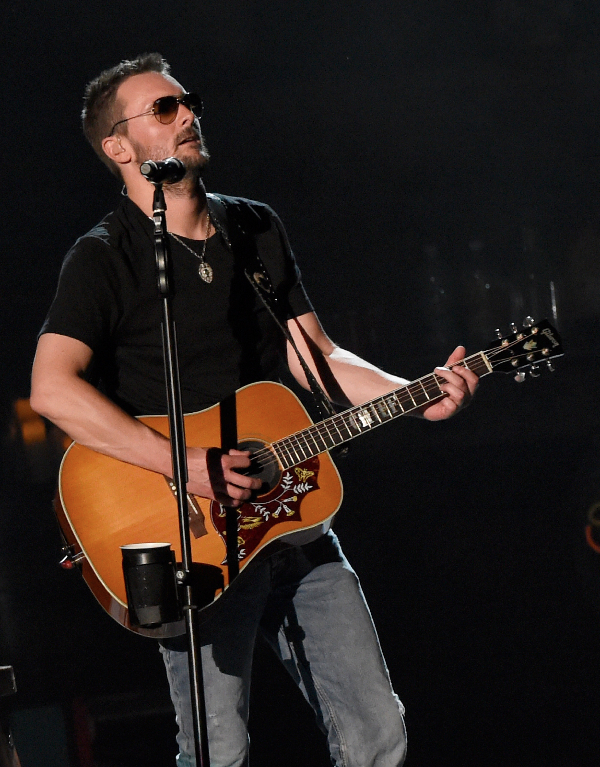 About Eric Church
The Country Music Association and four-time Academy of Country Music
Award winner finished 2014 as country music’s top-selling artist, with
the year’s highest debut and sales of any release in the format as the
critical and commercial success The Outsiders reached Platinum status, marking more than one million albums sold. Debuting at No. 1 on both the Billboard Top
200 Albums Chart and Top Country Albums chart, “The Outsiders” garnered
GRAMMY, CMA and ACM Album of the Year nominations and features his No.1
hits “Give Me Back My Hometown” and “Talladega” as well as his current
single “Like A Wrecking Ball.” The Outsiders is the follow-up to Church’s Platinum-certified Chief, named
the 2012 Album of the Year by both CMA and ACM, and GRAMMY-nominated
for Best Country Album. The LP featured five Top 20 singles: “Homeboy”
(certified Platinum for sales in excess of 1 million); the Top 10 “Like
Jesus Does” and the Top 5 “Creepin’” (both certified Gold for sales in
excess of 500,000); and two No. 1 hits “Drink in My Hand” (certified
Platinum) and “Springsteen” (certified Double Platinum for sales in
excess of 2 million singles). Church’s 2006 debut album, Sinners Like Me (2006) and his sophomore album Carolina (2009)
are both RIAA Gold-certified. The Country Music Hall of Fame and Museum
also just announced their new exhibit, “Eric Church: Inside The
Outsider,” will open in September 2015.