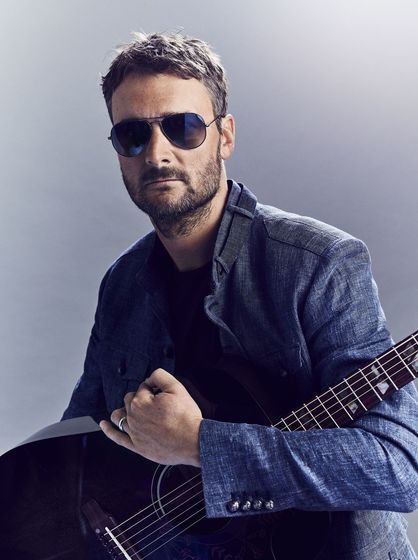 CRB/CRS President of the Board, Kurt Johnson, comments,“As
if CRS 2020 wasn’t already star-studded—Kenny Chesney, Miranda Lambert,
Rascal Flatts, Carrie Underwood—the addition of Eric Church ups the
ante for sure. You can bet I’ll be front and center to take in this
amazing, intimate conversation with a modern Country music legend.”

Registration for Country Radio Seminar (CRS 2020) will increase from $599 to $649 starting Thursday, Oct. 17.  Registrations are available for purchase at www.CountryRadioSeminar.com.

There
are only 20 weeks left until the 3-day event, and more talent, panels,
and events will be released over the coming weeks.  Already released
agenda highlights include: A Conversation With Miranda Lambert; the “CRS Artist Interview” with Capitol Nashville’s Carrie Underwood; Rascal Flatts appearing at Rascal Flatts: 20 Years Of Country Radio Success;
and Kenny Chesney headlining this year’s Warner Music Nashville Kickoff
Luncheon, where he will be joined by several artists from the Warner
Music Nashville (WMN) family.

About Eric Church:The
three-time Country Music Association and six-time Academy of Country
Music Award winner released his highly-anticipated album Desperate Man atop the Billboard Country Albums chart in late 2018, earning praise as one of the year’s top albums by American Songwriter, Billboard, Entertainment Weekly, Variety, Stereogum, The Los Angeles Times, NPR, Rolling Stone, USA Today and Vulture, among others. The album, featuring his most recent No. 1 hit “Some Of It,” also debuted at No. 5 on the all-genre Billboard 200. Rolling Stone describes
it as “classic Church: expertly crafted and country-radio-friendly,
while also pushing boundaries in a way that sounds natural and unforced”
and American Songwriter notes
that it “sublimates the pain of a tumultuous year into his most
adventuresome album yet.” Church also returned to the road this year for
his critically-acclaimedDouble Down Tour, with
back-to-back nights of two unique shows sans-opening act giving fans 6+
hours of his iconic music in each city. The tour recently featured a
massive stop at Nissan Stadium in Nashville, where he broke the venue’s
concert attendance record with more than 56,000 fans just two weeks
before awing the same stadium’s audience with a 30-minute, solo acoustic
CMA Fest set featuring a medley of 17 hits. For more information visit www.ericchurch.com and follow on Facebook and Twitter @ericchurch and on Instagram @ericchurchmusic.

About Country Radio Seminar: Country
Radio Seminar is an annual convention designed to educate and promote
the exchange of ideas and business practices in the Country music
industry, with specific emphasis on issues relevant to Country radio.
Country Radio Seminar 2020 is set for Feb. 19-21 at the Omni Nashville
Hotel. Registration for Country Radio Seminar is currently $599 per person and is available for purchase at www.CountryRadioSeminar.com.  Additionally, CRS host hotel, Omni Nashville, is accepting reservations.For more information, visit www.CountryRadioSeminar.com, and follow CRS on Facebook, Twitter,and Instagram.  Additional information can be obtained by calling 615-327-4487.