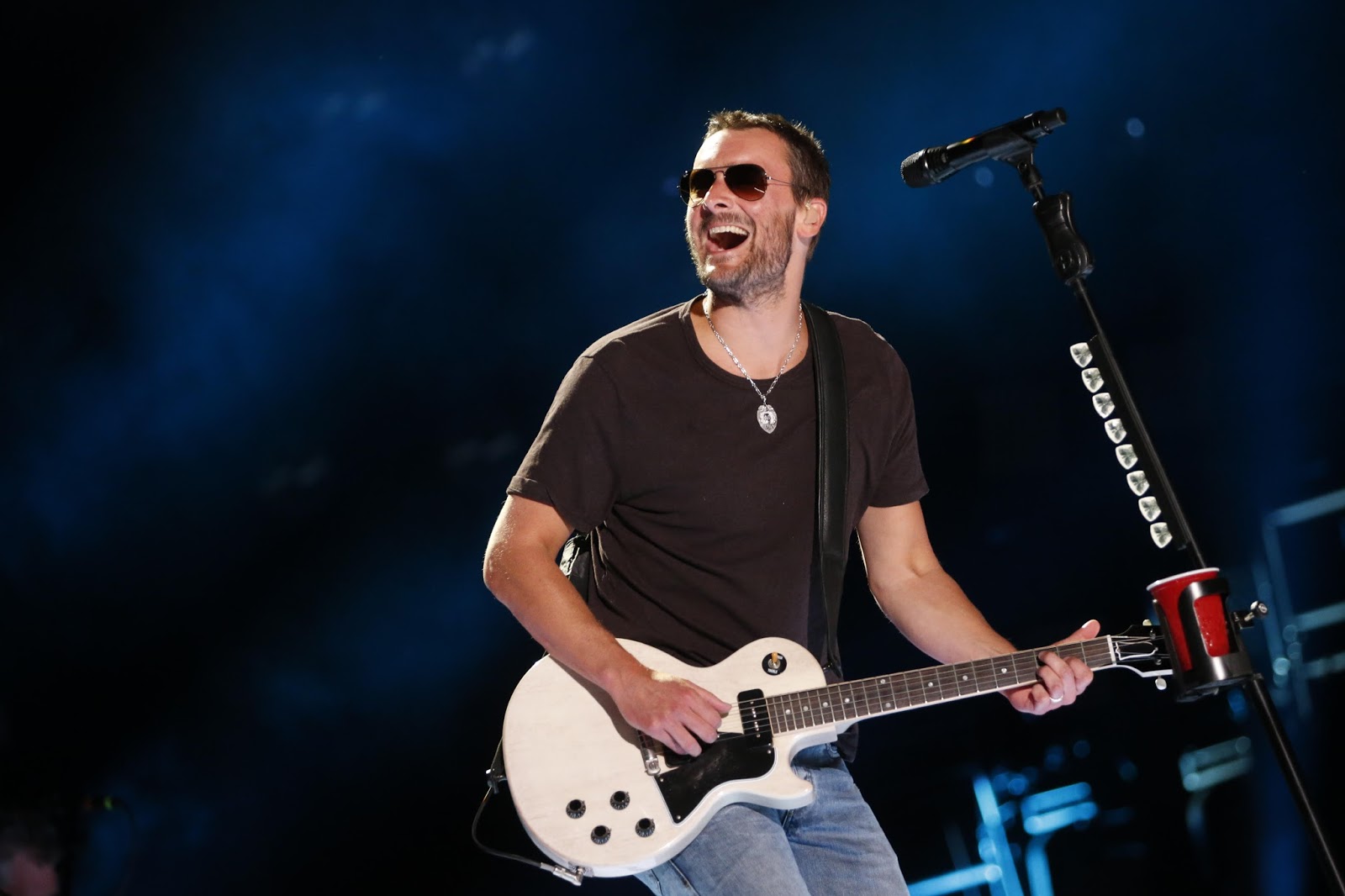 NASHVILLE, Tenn. – (July 28, 2015) – Musical road warrior Eric Church,
last year’s top selling country music artist, will be honored by the
Country Music Hall of Fame® and Museum when he becomes the subject of
their next cameo exhibition opening Sept. 18. “Eric Church: Inside the Outsider”
runs through February 2016 and will spotlight the North Carolina
native’s hard-hitting path from a kid with a dream to becoming a
multi-Platinum-selling country rocker filling arenas, amphitheaters and
stadiums. The display will include guitars, song manuscripts, stage
wear, photos and more personally chosen from Church’s collection.

For those fans wanting to see and purchase unique Church memorabilia
before September arrives, the acclaimed singer/songwriter will reopen
his pop-up store, The Outsider’s Joint, on July 30-Aug.
1 in East Nashville. The Outsider’s Joint will also offer These Boots
by Lucchese, Church’s custom boot line usually only available to VIP
ticketholders. In addition, there will be a limited number of special
edition posters commemorating the first Ascend Amphitheater show and
Church’s regular line of tour merchandise, most available with concierge
service to ship items to your home for free. Proceeds, excluding the
Lucchese boots, will benefit the Chief Cares Fund,
a 501c3 non-profit organized by Church and his wife Katherine that
serves more than 2.5 million people around the world. The Outsider’s
Joint’s first appearance during CMA Music Festival was a smash success
that raised more than $20,000 for Church’s Chief Cares Fund.

The Outsider’s Joint will be located at 218 South 11th Street
in the 5 Points area of East Nashville across from the Bill Martin
Grocery Store. Park at LP Field and receive a free ride to 5 Points
(excluding tip) from JoyRide by calling (615) 285-9835, or use Uber code
OUTSIDERS for $20 off your first ride. While there, a handful of local
restaurants have special food and drink offers for those with Ascend
Amphitheater tickets. The pop-up store hours are 12:00 PM-6:00 PM
Thursday and Friday, and 10:00 AM-2:00 PM Saturday.

Church will christen Nashville’s new outdoor Ascend Amphitheater on July
30-31, making a rare second stop in Music City this year to perform two
sold-out acoustic solo sets. He set a venue record in January when
18,411 fans crammed into Bridgestone Arena to catch The Outsiders World Tour, which is nearing one million tickets sold, has set five venue attendance records, and was ranked No. 1 on Billboard’s Hot Tours recap in April.

About Eric Church
The Country Music Association and four-time Academy of Country Music
Award winner finished 2014 as country music’s top-selling artist, with
the year’s highest debut and sales of any release in the format as the
critical and commercial success The Outsiders reached Platinum status, marking more than one million albums sold. Debuting at No. 1 on both the Billboard Top 200 Albums Chart and Top Country Albums chart, The Outsiders garnered
GRAMMY, CMA and ACM Album of the Year nominations and features his No.1
hits “Give Me Back My Hometown” and “Talladega” as well as his current
single “Like A Wrecking Ball.” The Outsiders is the follow-up to Church’s Platinum-certified Chief,
named the 2012 Album of the Year by both CMA and ACM, and
GRAMMY-nominated for Best Country Album. The LP featured five Top 20
singles: “Homeboy” (certified Platinum for sales in excess of 1
million); the Top 10 “Like Jesus Does” and the Top 5 “Creepin’” (both
certified Gold for sales in excess of 500,000); and two No. 1 hits
“Drink in My Hand” (certified Platinum) and “Springsteen” (certified
Double Platinum for sales in excess of 2 million singles). Church’s 2006
debut album, Sinners Like Me (2006) and his sophomore album Carolina (2009) are both RIAA Gold-certified.