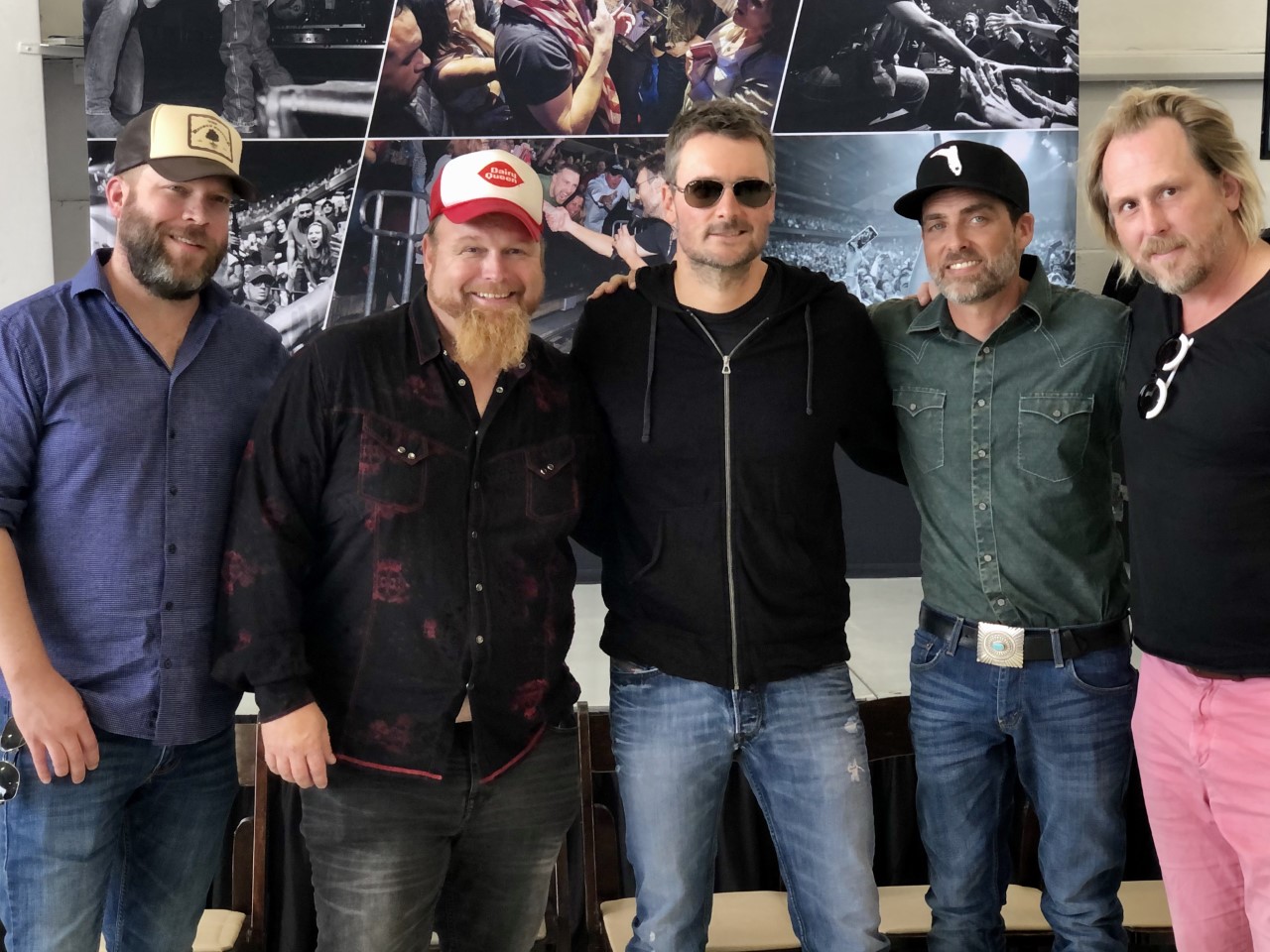 “Some Of It,” “Round Here
Buzz” topped radio airplay charts

Eric Church likes
to be original and his latest Number One party was definitely
original. Instead of being held at a bar or the office of a
Performing Rights Organization, it took place in an airplane hangar
and was hosted by BMI. The location was inspired by the airplane
theme of Church’s Desperate Man album cover. The party
celebrated two songs recorded by Church, both of which topped the
Billboard Country Airplay charts.

Number One parties honor the writers of
a song, and Church was a co-writer on both songs being recognized at
the event. 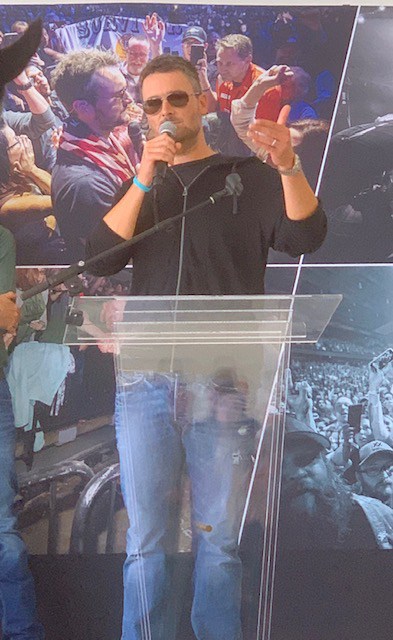 During the event, a video was shown featuring comments from other artists voicing their admiration for Church and his music. Artists expressing their thoughts included Cole Swindell,
Brothers Osborne, Tim McGraw, Kenny Chesney, Ashley McBride, Maren
Morris, Keith Urban, Luke Combs, Jon Pardi, Morgan Wallen and Jason
Aldean. It was obvious that this tribute was a complete surprise to Church who was visibly emotional as he watched the video. “That’s about the coolest thing I’ve been part of,” he said humbly after the video.

Bobby Pinson, co-writer of “Some Of
It,” had some profound words when it was his turn at the podium.
“All songs come from God and we’re just down here trying to catch
them,” he said. This was Pinson’s tenth number one, three of
which topped the charts over the past year.

Church is currently on his Double
Down Tour, playing to sold-out crowds in arenas across America.
He is also scheduled to appear at the CMA Awards in November. He is
nominated in three categories: Entertainer of the Year, Album of the
Year and Music Video of the Year. Find tour updates at Eric Church’s
official website https://www.ericchurch.com/