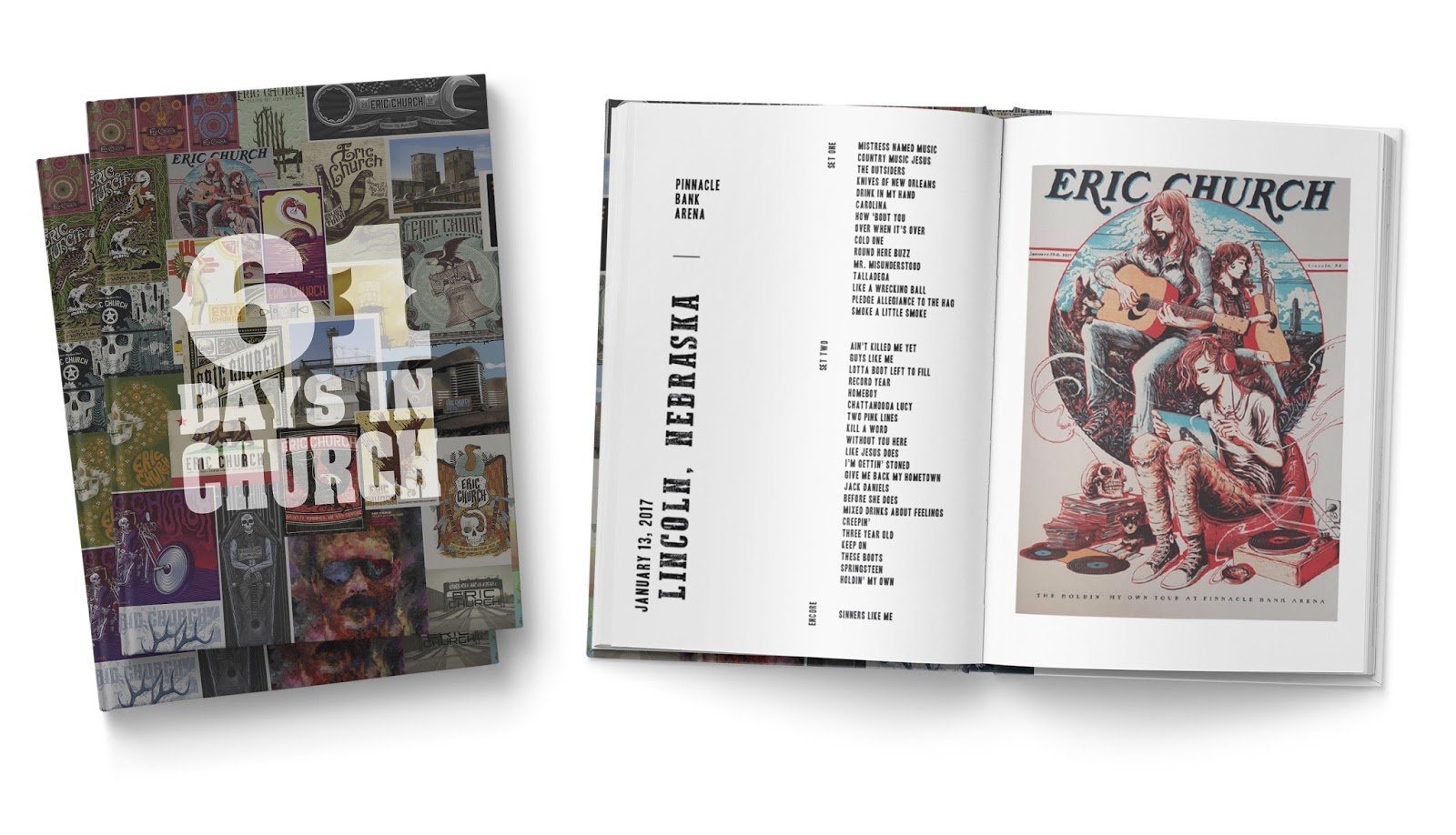 NASHVILLE, Tenn. — When Eric Church announced 61 Days in Church,
a collection of live recordings currently streaming on Apple Music,
fans demanded physical releases of the music. On October 27, demand will
be met. 61 Days in Church limited-release will be available as
a massive 15-LP box set, along with a commemorative tour book and an
original poster encased in a custom road case. With the initial shipment
on December 15, fans will receive the road case with the book, poster
and the first three LP’s, which will include music from the first 12
shows of Church’s 2017 Holdin’ My Own Tour. The remaining 12
pieces of vinyl will be shipped out once a month starting in January of
2018, signing purchasers up for a Church “record club” for the year.
Church Choir members, Eric’s die-hard fan club, will exclusively have
the option to add-on a t-shirt, at no additional charge with their
order. The box set will be released direct to consumers and can only be
purchased at 61daysinchurch.com.

Additionally, the Church Choir gets the exclusive first look at the music video for Church’s fourth single from his album Mr. Misunderstood, “Round
Here Buzz,” today. Fan club members will receive an email with details
on how to view. The video will premiere worldwide on Vevo Tuesday, Oct.
24.

The 61 Days in Church collection was recorded on Church’s 2017 Holdin’ My Own Tour,
which was a record-breaking five-month, two-set show where Church
played more than 200 hours of music–foregoing an opening act—across 61
stops. The 61 Days in Church compilation will hold songs from
each city that include a variety of catalogue cuts and singles as well
as cover songs inspired by each tour stop. Church has already released
some of these covers on the 61 Days in Church including a
Memphis medley that combines Marc Cohn’s “Walking in Memphis” with Bobby
Bare’s “How I Got to Memphis” and a cover of “Screw You, We’re From
Texas” featuring the song’s originator, Ray Wylie Hubbard.

With 60 songs already released via streaming from the 61 Days in Church,
releases in batches of 30 songs will continue, exclusively with Apple
Music for a two-week window before going wide to all streaming
platforms, until the full 100+ song project is complete.

Church’s Holdin’ My Own Tour sold 930,000 tickets at the end of its run notching his as Pollstar’s top music tour in the first quarter of 2017, but as Dave Brooks of Billboard Magazine
noted, “Fans will remember that tour by another metric: the marathon
three-and-a-half hours Church played nightly as he crisscrossed the
United States and Canada.”

Information on 61 Days in Church can be found here: 61daysinchurch.com.