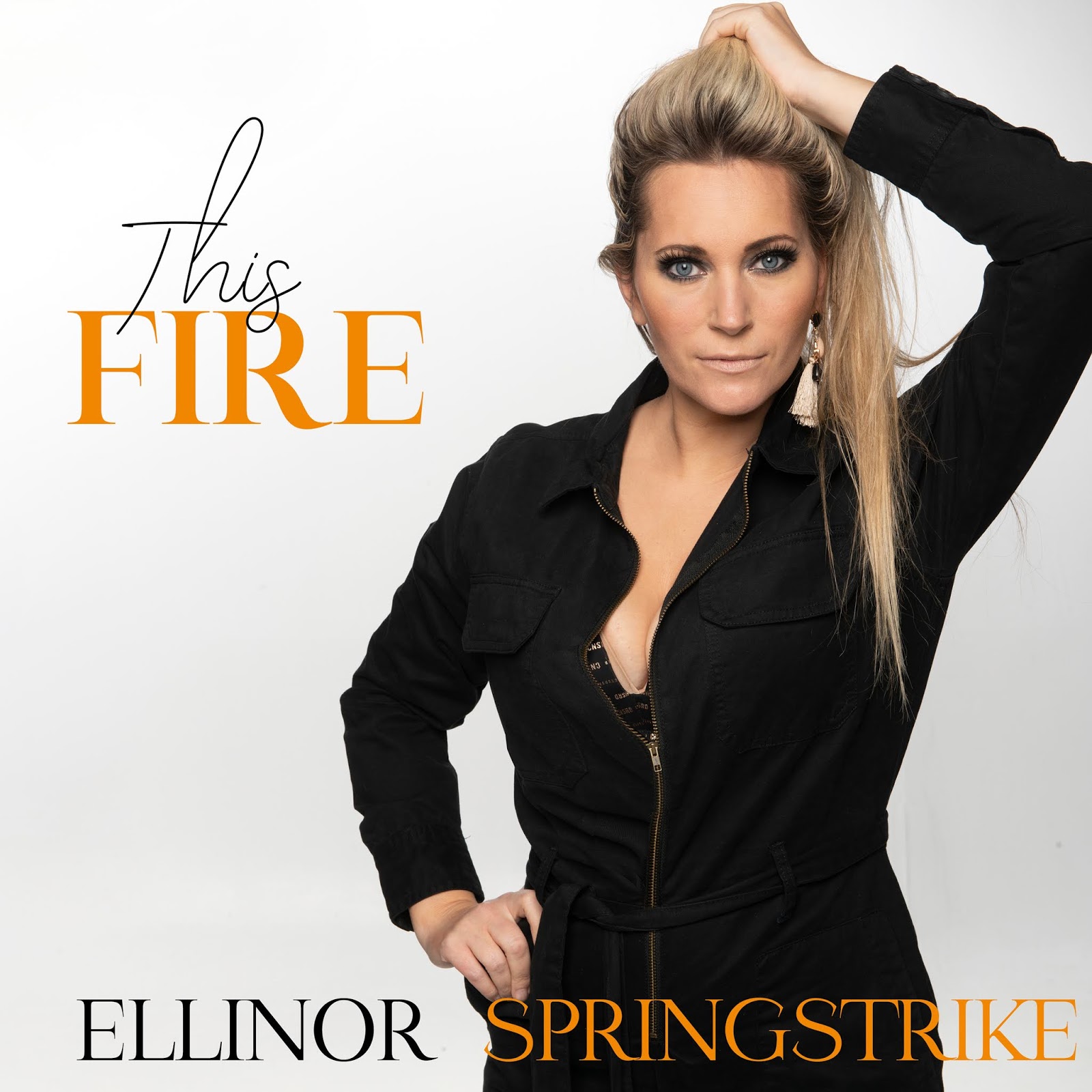 Lamitschka: How
was the last year for you? What were your highlights?

Last year was really special to me, In february I decided
to do my music full time and in a couple of days putting this out in the sky I
got discovered by word Renown hit songwriter and producer Jimmy Ritchey from
Nashville, Tennessee. He has written and produced number one songs for various
artists, and have been active for 25 years in Nashville. George Strait, mark
Chesnutt, Jake Owen, Pam Tillis, Sam Hunt, William Michael Morgan, to name a
few..

That being said , this was really a breakout for me when
he invited me to come to Nashville to write songs. We have been working
together since and he’s producing my upcoming EP to be released this year. ”This
Fire”that was released march 13 is
the first single to be realized from the EP.

With this start I was nominated to the Swedish country
music award in pop/rock country, was out playing a summer tour with my band, my
social media numbers raised to 11 000 in less then a year, I co-wrote”A Country Christmas”together with Jimmy Ritchey
and Don Poythress that was released in November. To support the release me and
Jimmy toured Sweden with the sold out christmas shows ”An American Christmas”and ”A country Nights Christmas”in December.

So yes, lets say 2019 was a great start and looking into
what we have coming up 2020 is even better! I´m thankful
and very excited to move forward!

Lamitschka: What
will your next single be?

I have my new EP coming out so we will release one song at
a time, not sure who will be the next single yet we are working on it right now.

Lamitschka: What
kind of songs do you like to record the most?

Lamitschka: If
you had the chance to change something about the music industry, what would it
be?

I think I would focus on getting the same attention the
artist gets on the team around them, songwriters, producers, musicians. I think
they deserve to be in the spotlight as much as I do. I would also create new
ways for the artist and them to get more revenue streams for their work.

This is actually a question that really hits me and I hope
on my way building my own career up I will be able to give something back.

Lamitschka: As
an artist, you so many tasks such as recording, touring, interviews. What do
you like best, what’s your favorite activity?

This is a hard question, I mean since all this is my dream
and I love all parts of it. To pick one I would say to be touring since that is
the moment when you really get the chance to meet the audience. You have been
in planning, rehearsals, production and finally you will be able to express all
that in a live performance. That´s a great moment!

I have heard from people around me that I told them that I
will become an artist since I was very little, so I think I always had this
passion in me somehow. I started out singing together with my grandpa and he
was playing the accordion, we did it all the time. Im a night person and so
were he, my grandma wasn’t as excited as we when we started play and sing by
the kitchen table around midnight lol.

I´m grown up in a small village up north in Sweden. All my family lives around and we are very close so a lot
of big family dinners and celebration together. Music was always a part of it
even not in a professional way so more that everybody could join, sing along
and share a great time.

I came across country music for the first time listening
to Brooks & Dunn with Neon Moon, I love that song and from that moment it
has all been about country music for me. After that I started to listen to
Trisha Yearwood and completely fell in love with her voice, then I saw this
movie coming out with Nicolas Cage- Con Air and the soundtrack ”How
do I live”had been played a lot around
my place.But Keith Urban might be the artist I know most songs from that make
me wanna go on stage. If I should pick a sound that really has inspired me is
listening to him to songs like Somebody like you, Days go by, Your my better
half, Cop car to name a few.

Lamitschka: What
inspired you to become a songwriter?

Life and to be a part of the creative process, that really
gives a lot of positive energy back to me. I´ve always
been writing a lot and had ideas but it wasn’t until
last year when I got discover by songwriter and producer Jimmy Ritchey that I
really got to try it out. He invited me to come to Nashville to write and so I
did and we have been working together since. We wrote a christmas song called ”A
Country Christmas”together with hit song writer
Don Poythress that was released in November 2019. The track features my voice
and Jimmy on guitar.

I´m really happy about this song
and to support the release we toured Sweden with some sold out christmas shows,
that was awsome!

Lamitschka: What
drives you?

”I had a
dream, I wanted to do music”I like all parts from working
with the planning before a photoshoot of a cover, deliver a song infront of a
crowd, produce a show concept and to be in the studio producing new music thats
really a special moment..

I decided one year ago to go for my music full time, to
follow my passion and really give all I have into this. I´m
an entrepreneur for sure and always a lot of projects going on but now I focus
on the one thing that make me most happy. So to give you the answer my passion
to make my dream come true.

Lamitschka: When
you get time off, how do you like to relax?

I put my headphones on and take a long walk in the woods,
then I always get so much new inspiration so time to relax quits by the minute
I get back home lol. Iv e been like this all the time, I love to create so I
think my way to relax is when I can go into my flow and just do whatever comes
on my mind and that are most of the times connected to my music.

Lamitschka: What
can your fans expect to see when they see you in concert?

They will get a lot of
energy, up tempo songs mixed with soft ballads. The lyrics are very important
to me, I like to go into them and bring the right feeling on stage. My new Ep
coming out will be modern country.

Lamitschka: When
you’re on tour, do you have time to play tourist?

No,not really. Im very focused when Im working so it´s
all about that

Lamitschka: Many
music fans today get their information about artists online. Do you have your
own website and what will fans find there?