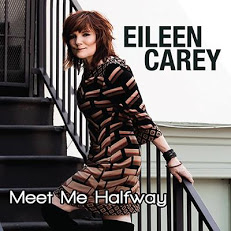 A Long and Winding Road: How One Night’s Drive Turned Eileen Carey Into a Country Pop Phenom

As the late twenty-something wife and mother of two daughters drove home from yet another exhausting 15-hour shift, something snapped within Eileen Carey. After spending years booking entertainment for a Los Angeles hotel, Carey realized that it was now her turn to write, sing, and perform the songs she loved.

Yes, she had been the consummate family woman, fully devoted to her kids and her husband.

And yes, she knew that most professional artists launch their careers when they’re young. Or at least younger.

But the California-based Carey has a habit of trusting her heart. And her heart was quite emphatic in insisting that now was the time to pursue her lifelong dream of a career in music.

That now was the time to prove to her daughters that any woman – no matter her age or her social status – can achieve whatever it is she wants.

Besides, Carey thought, if not now, when?

And with this realization, Carey’s most unlikely and inspiring music career began.

Eileen Carey has always been a lover and a fighter. The chart-topping country pop artist has forged a wildly successful career through both her tenacity and her desire to let love rule. Carey has proven that very good things can come to those who wait – and work.

While Elmore Magazine describes Carey’s sound as “a little bit cosmopolitan, a little bit country,” Nashville Music Guide best explains why Carey and her feel-good blend of pop, rock, and country has connected with fans and critics alike:

“Eileen Carey has emerged over the last few years as both an accomplished storyteller and an appealing stylist. Her songs offer much needed messages of emotional fulfillment and personal empowerment.”

Empowerment is evident in Carey’s long and winding path to being named the AC/Hot AC Breakthrough Artist of 2019. Now situated alongside household names like Post Malone, Five Seconds of Summer, and the duo of Lady Gaga and Bradley Cooper, Carey has done things her own way and very much on her own timetable.

“When I was thirty, an A&R guy in Nashville told me, “You’re too old. Go home.” He is now one of my biggest supporters. I don’t believe that anything should hold back talent, effort, and aspiration. Not gender, age, or race.”

Carey credits her urge to push for equality to heroes from multiple spheres of social influence and her desire to positively impact her daughters:

“I am inspired by the huge numbers of women making waves in society, whether it’s in sports, business, or the political arena. I have two daughters, so this is very important to me.”

Fueled by her hunger for equality, her self-belief, and her love for her family, Carey followed her car-ride epiphany with the release of two tracks, one a cover, and one original.

One was her take on Patsy Cline’s hit “Walking After Midnight.” Carey’s rendition of the Cline classic was the winning track in a Nashville radio syndicated fan contest. Carey just so happened to beat out Martina McBride.

Carey’s other track was “That Town,” a nostalgic look back at the songwriter’s youth spent in Ohio. “That Town” soon took off on Adult Contemporary radio.

Carey’s first two songs convinced her that she really did have the goods to succeed in the music industry.

A look at her list of accomplishments since then has proven Carey correct. She’s won an astonishing eighteen music awards in half a decade, including:

Perhaps most indicative of her magical rise is the who’s-who of legends with whom Carey has shared a stage, including Wilson Phillips, Don McLean, Jefferson Starship, Johnny Rivers, Peter Noone, Nelson, and Tal Bachman.

Following in the footsteps of what The Hype Magazine calls a “long line of radio hits,” Carey’s recent single “Keep Your Love to Yourself” is a rally cry for women who find themselves in abusive relationships. The song’s message is loud and clear: every woman deserves a healthy, positive relationship in which they are treated as equals – and anything less simply won’t cut it.

It is this unrestrained tenacity and commitment to positivity that has inspired the songstress to take part in several projects aimed at making Carey and her fans healthier and happier human beings.

Whether it’s promoting physical and mental health via kickboxing and time spent outdoors, caring for animals through her work with FixNation, or providing thoughtful parenting advice on her blog The Music Mom, Carey strives to offer support and encouragement for listeners everywhere:

“I try to give people a different way of thinking about the world and their role in it. I want them to focus on the positive aspects of life. I genuinely believe that very good things will happen for them if they do.”

In addition to positivity, two other words perfectly describe Carey, her music, and her career: passion and persistence. Carey’s endless enthusiasm and determination to see the good in life has produced a career that teaches a valuable lesson: slow and steady may win the race, but genuine and likable earn the winner much applause.

And while she was familiar with applause as a Hollywood booking agent many years ago, it took a fateful drive home and lots of hard work for Eileen Carey to finally be on the other end of it.