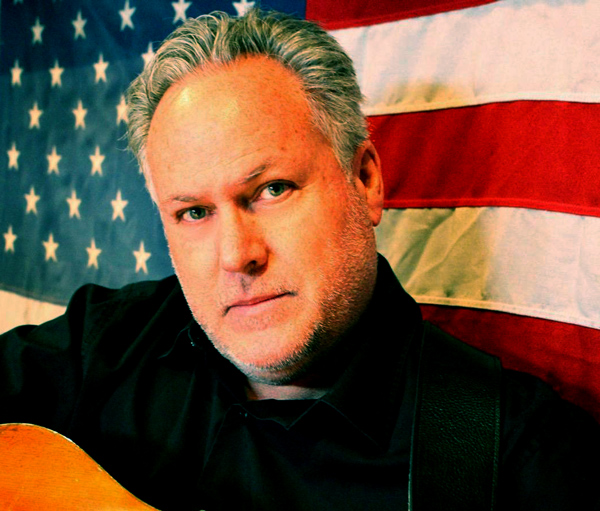 “Echoes Of Love” is the third single by Eddie Sanders from the partnership of Nashville based Engelhardt Music Group andRural Rhythm Records.

Written by Eddie Sanders with Adam Engelhardt & Don McAfee “Echoes Of Love”
is the true story of an amazing actual event in Eddie’s life!  Sanders
tells how “Echoes Of Love” recounts the story of the day that Eddie’s
father, Legendary Oklahoma Festival Promoter Freddie Sanders, found out
the hard way just how dangerous flood waters can be!

On a cold and damp autumn afternoon, Coal Creek (which actually ran just behind the stage at The 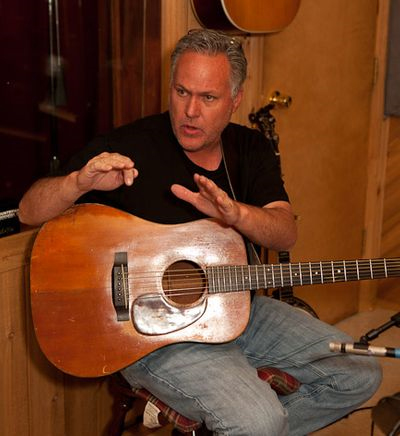 Sanders
Family Bluegrass Festival in McAalester, OK.), proved to be an
irresistible temptation for Freddie and his yet “never ridden” canoe. As
he commenced the initial ride in his new canoe, Freddie soon discovered
that Coal Creek had rolled out of its banks and was running wide and
dangerous. The wild ride in the Creek soon became life threatening, as
Freddie’s canoe tipped over and he was thrown into the swollen Creek and
swept away, vanishing beneath the raging waters! By the grace of God,
about a half mile downstream Freddie miraculously landed safely in the
top of a tree!  Freddie’s wife, Jo Sanders, had witnessed the entire
horrifying event.  Jo had no idea that Freddie had landed in a tree, and
was terrified with the certainty that Freddie had surely drowned.

Meanwhile,
Freddie was a half-mile down river, clinging desperately to the tree
hoping for a rescue. Jo, thinking that Freddie was dead had called 911
and insisted that from what she had witnessed Freddie was gone and this
would be a recovery, not a rescue.  However, hoping against tragedy, as
she waited for the rescue personal to arrive, Jo Sanders kept calling
Freddie’s name over and over. That is what Eddie’s song “Echoes Of Love”
is all about!

You
see, because the wind was blowing so hard in his direction, as he clung
to the tree Freddie could hear Jo calling his name. However, Jo could
not hear Freddie answering as he was yelling into the howling winds!
When Freddie was rescued several hours later he said, “As long as I
could hear Jo calling my name, I knew I’d be alright”!! “Echoes Of
Love”!!

“Echoes Of Love” is available for download to D.J.’s and program directors on AirPlay Direct.

Eddie’s first two singles “A Train Can Run Two Ways” and “Run A Little Faster” appeared multiple times on the Bluegrass Today Weekly Airplay Chart both reaching #3 on the chart.

The new single is also available commercially wherever digital downloads are available including iTunes and Amazon and streaming on Spotify and Pandora.

Glen
Duncan, is a Grammy award winning musician, artist and songwriter, who
has appeared on thousands of records with some of the most iconic
artists in history. Adam Engelhardt, of the legendary SonyTree Studios
in Nashville, TN, has produced and/or engineered many major projects
over the years. Duncan and Engelhardt are the production team at Engelhardt Music Group, LLC which will be releasing several singles in partnership with Rural Rhythm Records.  To date, the partnership has released “A Train Can Run” Two Ways” by Eddie Sanders, “A Whole Lotta Laying Around” by Chris Roberts, which has also reached #3 on the Bluegrass Today Weekly Airplay Chart, and newly released “Kentucky Turnpike” by Tim Crouch and Dennis Crouch.

Eddie Sanders is a world-class Singer/Songwriter/Guitarist from McAlester, Oklahoma. Eddie was
born into southwest bluegrass royalty, and his father is legendary
bluegrass festival and concert promoter Freddie Sanders.  The Sanders
Family Bluegrass Festival in McAlester was one of the biggest and best
bluegrass festivals west of the Mississippi, and one of the favorite
venues for bluegrass acts Bill Monroe, The Osborne Brothers, Lewis
Family, Jim & Jesse, Ralph Stanley and nearly every major bluegrass
act of the last 40 years.

It
was here, at the McAlester festivals that Eddie’s music was shaped and
guided by his major bluegrass influences:  Mac Wiseman, Larry Sparks and
The Osborne Brothers. It was here, where he also developed the
professionalism that he learned from the best acts in the business, and
also learned the power of a song and a love for original material.  Eddie was also strongly influenced by Merle Haggard and Gene Watson and soon started writing his own songs.