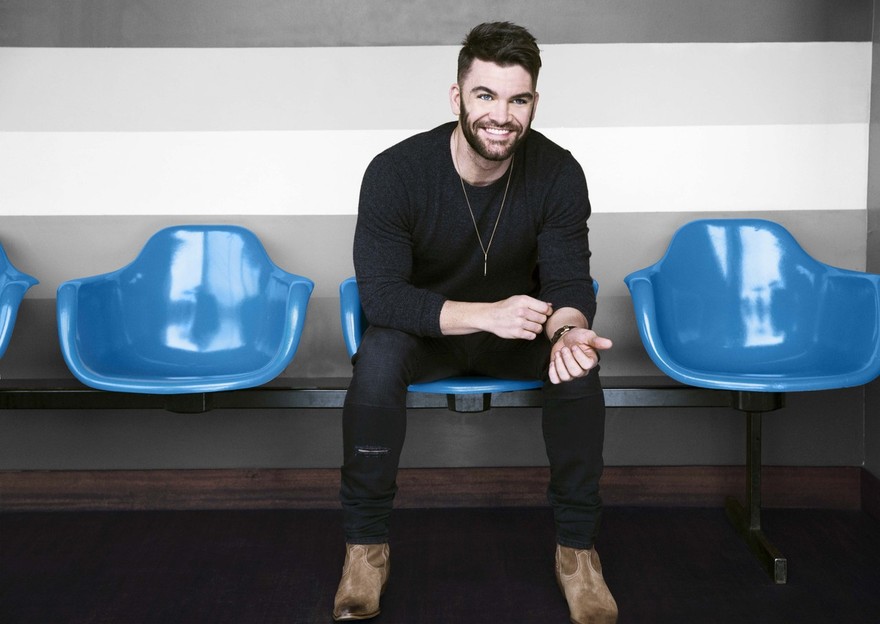 Nashville, Tenn. (July 17, 2017) – Curb Records breakout star DYLAN SCOTT
has just capped a remarkable rise to the top of Country radio, as his
GOLD-certified smash “My Girl” ascends to the #1 position on both
Billboard and Country Aircheck/Mediabase Country Airplay charts this
week.

The first chart-topper of Scott’s young career, “My Girl” reveals the
real-life story of the Louisiana native’s decade-plus long romance with
his expectant wife, Blair, making the #1 achievement and fans’ embrace
of the song even more meaningful.

“Growing up in Louisiana, I listened to Country radio and dreamed of
someday hearing myself on the Top 40 Countdown. Not only was I fortunate
enough to achieve that dream, but to reach #1 with a song that I wrote
about my wife is beyond my wildest expectations,” exclaimed Scott. “I am
thankful to Curb Records, Country radio, and my fans for their
tremendous support.”

Co-written by Scott with Country hitmaker Josh Kerr, the track’s
smoldering sensitivity and heart-thumping beat have already helped the
rising artist gather a total of 100 million radio plays on Pandora and
surpass 170 million on-demand streams on services such as Spotify, Apple
Music, Amazon and YouTube.

Continuing the momentum, he’ll release DYLAN SCOTT DELUXE EDITION,
an expanded version of his 2016 self-titled album debut with three
hot-and-heavy new tracks, on August 4. Preorders for the album are
available now, and Scott will celebrate the release with a special concert at New York City’s Gramercy Theatre on August 1.

Scott was named an ABOUT TO BREAK Artist by AT&T in April 2017, and
in early June reached another career milestone by selling out the
world-famous Troubadour in Los Angeles as part of his MY TOWN TOUR. He
will continue to grow his energized fanbase with select headlining dates
scheduled from coast-to-coast this summer.

ABOUT DYLAN SCOTT:
A Louisiana native with a lifelong passion for Country music, Dylan
Scott is the total package – a powerful singer with a deep, resonating
drawl; an old-soul songwriter with a young spirit; a heartthrob with an
easy smile; and a dreamer who followed his father’s footsteps to
Nashville. Prior to landing his record deal, Scott learned the basics of
singing and playing guitar from his dad – a former guitar player for
Country legends Freddy Fender and Freddy Hart. He then launched onto the
Country music scene in 2013 with “Making This Boy Go Crazy,” the debut
single from his self-titled EP. His follow up, the infectious “Crazy
Over Me,” debuted at #14 on the Billboard Country Digital Song Sales
chart and hit the Top 40 on the Billboard’s Country Airplay chart. In
the summer of 2016, his debut album for Curb Records, DYLAN SCOTT,
landed in the Top 5 of Billboard’s Country Albums chart, and its
romantic standout single, “My Girl,” has now been RIAA-certified GOLD,
while also becoming his FIRST CAREER #1 at Country radio. Having been
named one of Spotify’s Spotlight on 2016 Country Artists, fans have
streamed Scott’s songs a staggering 170 million times and counting, and
sales have topped 1.5 million stream equivalent songs – figures that
continue to grow by leaps and bounds. He is currently touring the
country after wrapping his opening slot on Lee Brice’s 2016 LIFE OFF MY
YEARS TOUR.