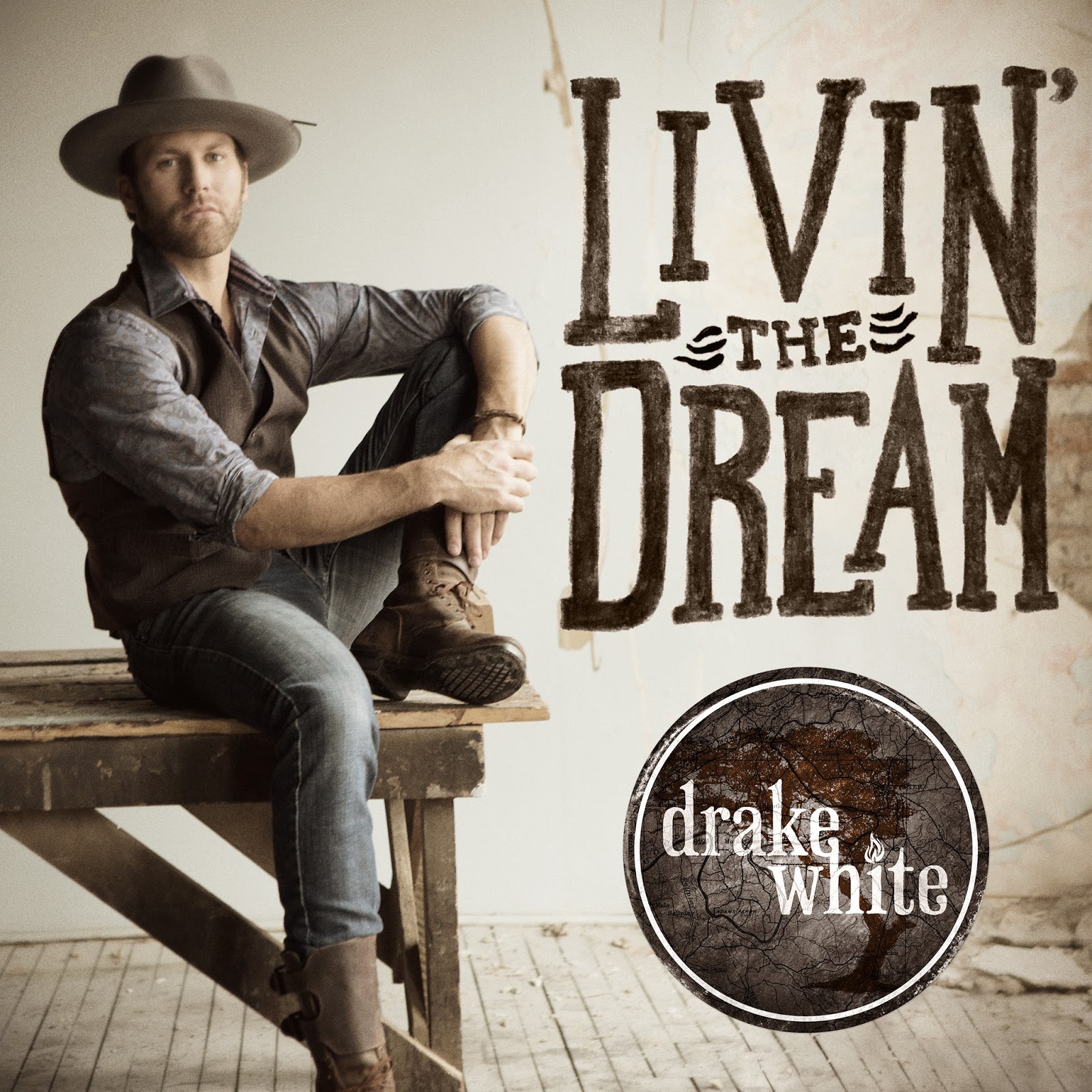 NASHVILLE, Tenn. (Jan. 15, 2016) — Drake White has partnered with Rare Country for an exclusive premiere of the lyric video for his new Dot Records’ single “Livin’ The Dream.” Watch now here.
Available through Vevo tomorrow (Jan. 16), the heartfelt video was
directed by Matt Zervos and filmed on White’s farm in Nashville, Tenn.

“Livin’ The Dream” was penned by Tom Douglas, Jaren Johnson (of The
Cadillac Three) and Luke Laird with Ross Copperman and Jeremy Stover
sharing producer credits. All Access calls the track “a ready-made hit,” while One Stop Country
raves it “elevates him to exciting new heights.” The video features
White and his wife Alex spending time on their farm on the outskirts of
Nashville as whimsical lyrics float on the screen: “Look at us with a
picket fence / Don’t got a lot of money but we’re makin’ a dent / Old
Ford truck with a dog in the back, now / Ain’t we livin’ the dream / Big
blue sky, green, green grass / Ain’t doin’ half bad for a half full
glass / Kiss me baby, yeah just like that, now / Ain’t we livin’ the
dream”

“Livin’ The Dream” can mean a lot of different things,” said White about
the song. “Check out our new lyric video and see what it means to me.
Turn up the volume and keep the good vibes goin’!!”

White, who performs with his band The Big Fire, emulates more of a revival than a concert setting. Rolling Stone Country,
who touted him as one of the Top 10 Country Artists to Watch, recently
characterized his performance as “a growling, stomping spitfire,
blasting his songs with bluesy energy that’s as infectious as his catchy
choruses.”

The swampy singer/songwriter kicked off the new year as one of Huffington Post’s Top Country Artists to Watch in 2016 and is currently featured in the Nashville Lifestyles music issue. With performances at the Make-A-Wish Foundation’s “Stars for Wishes” benefit on Jan. 16 as well as Nashville Lifestyle’s annual Music in the City
event on Jan. 27, White shows no signs of slowing down. White’s
rock-infused, soulful country sound and signature foot-stomp
previously earned him tours with Willie Nelson, Eric Church, Zac Brown
Band and Little Big Town.