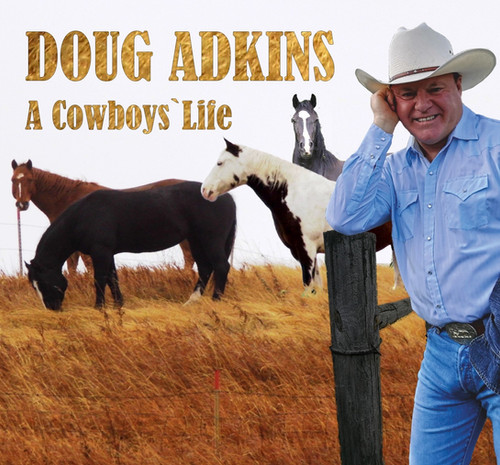 Better known as Douglas Martin Adkins, he has 10 albums to his credit in 30 years from 1990 to 2020. Raised in Havre, Montana, born to an educator father he grew up singing alongside his sisters. Since his father was a basketball coach, he too played the sport in his school alongside golf. He also played the trombone in his school years and won the solo trombone state level championship for four years in a row.

He has recorded 250 songs in his lifetime and his success went sky high with the Whiskey Salesman sessions. He has been on top of the European Hot Disc country charts with his song Whiskey Salesman and it was just not for a week but for four consecutive weeks. He was also awarded the 2008 independent country music contest for best singles performer award. He has been regularly touring all throughout Europe and also in the United States once in a while.

In 2010, another song, Yippee ii Yippee aa climber to the number 14th position, in the hot disc top 40 charts.

In August 2020, Samu Haber and Rea Garvey were selected for the Voice of Germany Anniversary. He sang Achy Heart from Billy Cyrus’s collection.

Basically his 18th birthday was when he began writing songs after being gifted a guitar for his birthday.

According to him, when he really sits to write the song he never gets the right words but when he allows his mind to settle down then that he gets the song lyrics and that too with music.

His mother grew up in Sheridan County in Montana where she was part of trio team called Sheridaners. He feels his knack for song writing and singing comes from the bug his mother owned for long.

In 2008 alone, he wrote almost 37 songs. In 2018 he published his last album so far that is called Dirt Roads and Fence Lines. Before that he brought out Lonesome in 2016 and in 2011, he brought out a very interesting collection named Country Ballads.

His next tours would span across Germany and Switzerland during September 2021.

His growth has been slow and it was only at thirty that he began singing. He has still going strong and still tours regularly across different parts of Europe. Doug is one of the best country music singers and though he is big, he still relishes travelling his path.  Still going strong he plans to make more music in the years to come.