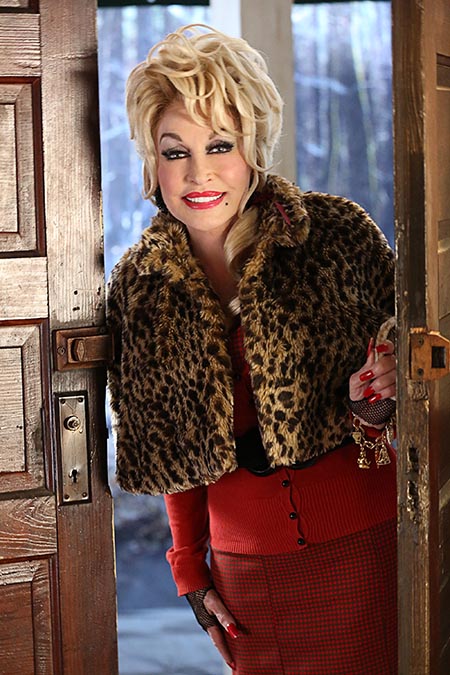 DOLLY PARTON’S CHRISTMAS OF MANY COLORS: CIRCLE OF LOVE NOMINATED FOR EMMY AWARD

DOLLY PARTON’S CHRISTMAS OF MANY COLORS: CIRCLE OF LOVE NOMINATED FOR EMMY AWARD

NASHVILLE, Tenn.
– ‘Dolly Parton’s Christmas of Many Colors: Circle Of Love’ receives
Emmy nomination in the “Television Movie” category! In the two-hour
movie, the Partons, a family of humble means living in the mountains of
Tennessee, face a devastating event that challenges their will. But when
they experience a bewildering Christmas miracle, the Partons are drawn
closer together than ever — with deepened faith and love for one
another. Alyvia Alyn Lind, Jennifer Nettles, Ricky Schroder, and Gerald
McCraney co-starred in the holiday movie ‘Dolly Parton’s Christmas of
Many Colors: Circle of Love,’ which aired on NBC, with Dolly Parton
making a special guest appearance.

“I am so very proud and excited to have “Christmas of Many Colors” be
nominated for an Emmy award,” says Dolly Parton. “Special thanks to my
partner and executive producer Sam Haskell, a wonderful cast and crew,
Steve Herek (our producer) and Pamela Long for a great script. And a
special thanks to all of the many fans that watched it.”

“This project for me was a celebration of the family and the
beautiful story of Miss Dolly Parton. Each day I played Avie Lee Parton
was a joy. For “Christmas of Many Colors” to be nominated and celebrated
further by the Emmy’s, thrills me,” adds Jennifer Nettles.

The 69th Emmy Awards will telecast live from the Microsoft Theater in
Los Angeles, Sunday, September 17 (8:00-11:00 PM ET/5:00-8:00 PM PT) on
CBS. Stephen Colbert will serve as host. The 69th Emmy Awards is
produced by White Cherry Entertainment. Glenn Weiss and Ricky Kirshner
are executive producers; Weiss is director; and Chris Licht, executive
producer of The Late Show with Stephen Colbert, is a producer.