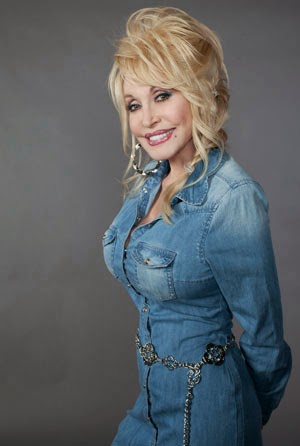 Media
Blitz to include The Tonight Show starring Jimmy Fallon, The Colbert
Report, The View, Imus in the Morning, Wake Up with Al (Roker) and
more!!!

Nashville, Tenn. (April 29, 2014) – Iconic singer, songwriter, musician, actress and philanthropist Dolly Parton is set for a whirlwind media blitz in support of her new album Blue Smoke which will be released by Sony Music Masterworks and Dolly Records on May 13, 2014.

This past weekend’s one-hour special Dolly Parton Q Sessions Live from Nashville was just the beginning of where you will see Dolly, as she continues hitting the television airwaves to promote, BLUE SMOKE.
On May 13, you can catch Dolly as she performs on The Tonight Show
starring Jimmy Fallon, and appears on Wake Up with Al (Roker) and The
Colbert Report.  The following day, May 14, Dolly will perform on Imus
in the Morning before heading to The View.  More television and radio
appearances will be announced in the coming week!

Dolly is the most honored female country performer of all time.
Achieving 25 RIAA certified gold, platinum and multi-platinum awards,
she has had 25 songs reach number 1 on the Billboard Country charts, a
record for a female artist. She has 41 career top 10 country albums, a
record for any artist, and she has 110 career charted singles over the
past 40 years. All-inclusive sales of singles, albums, hits collections,
paid digital downloads and compilation usage during her Hall of Fame
career have reportedly topped a staggering 100 million records
world-wide. She has garnered 7 Grammy Awards, 10 Country Music
Association Awards, 5 Academy of Country Music Awards, 3 American Music
Awards and is one of only five female artists to win the Country Music
Association’s Entertainer of the Year Award. Dolly was inducted as a
member of the Country Music Hall of Fame in 1999.  And the litany goes
on.