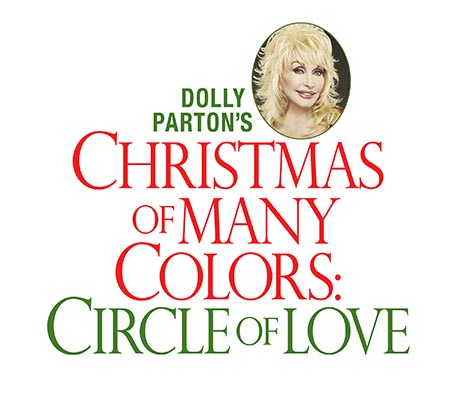 DOLLY PARTON’S ‘CHRISTMAS OF MANY COLORS: CIRCLE OF LOVE’ SET TO AIR ON NBC NOVEMBER 30TH

Dolly
to Appear on The Today Show, Christmas In Rockefeller Center, The
Voice, The REAL, and Keep The Faith radio with print features in Parade,
Country Living, US Weekly and so much more!

NASHVILLE, Tenn. (November 24, 2016)
– Jennifer Nettles, Ricky Schroder, and Gerald McCraney will co-star in
the upcoming holiday movie “Dolly Parton’s Christmas of Many Colors:
Circle of Love” airing Wednesday, Nov. 30 at 9 p.m. ET/PT with Dolly
Parton making a special guest appearance. In the two-hour movie, the
Partons, a family of humble means living in the mountains of Tennessee,
face a devastating event that challenges their will. But when they
experience a bewildering Christmas miracle, the Partons are drawn closer
together than ever — with deepened faith and love for one another.

In support of the movie’s airing, Dolly Parton will grace the cover
of the Nov 27th issue of Parade magazine and will appear on various
television programs.