DOLLY PARTON CHARTS AT NUMBER 6 IN THE UK

DOLLY
PARTON CHARTS AT NUMBER 6, HER HIGHEST CHARTING ALBUM POSITION IN THE
UK WITH ‘BLUE SMOKE – THE BEST OF’ ALBUM OUT NOW ON DOLLY RECORDS &
SONY MASTERWORKS 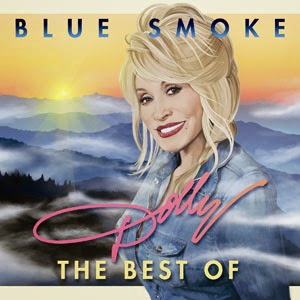 LONDON,
UK (June 16, 2014) – Iconic singer, songwriter, musician, actress and
philanthropist, Dolly Parton has hit the UK charts with her highest ever
album chart position, with ‘Blue Smoke – The Best Of’, which entered the UK chart at number 6 Sunday night.

Dolly said “I am glad that people are enjoying the music from my new Blue Smoke
album.  It feels great to be in the Top 10,” says Dolly Parton. “It’s
always an honor to know the fans spend their hard earned money on my
music. Thanks everybody!”

Blue Smoke – The Best Of, includes her latest studio album Blue Smoke
featuring “Home”, “Blue Smoke” and new duet with long time collaborator
and friend Kenny Rogers and even a Bon Jovi cover!  Alongside her
greatest hits on disc 2 featuring the classics such as “Jolene”, “9 to
5”, “Islands in the Stream”, “Little Sparrow”, “Here You Come Again” and
“I Will Always Love You” plus many more.

Dolly is the most honored female country performer of all time.
Achieving 25 RIAA certified gold, platinum and multi-platinum awards,
she has had 25 songs reach number 1 on the Billboard Country charts, a
record for a female artist.  She has 41 career top 10 country albums, a
record for any artist, and she has 110 career charted singles over the
past 40 years.  All-inclusive sales of singles, albums, hits
collections, paid digital downloads and compilation usage during her
Hall of Fame career have reportedly topped a staggering 100 million
records worldwide. She has garnered 7 Grammy Awards, 10 Country Music
Association Awards, 5 Academy of Country Music Awards, 3 American Music
Awards and is one of only five female artists to win the Country Music
Association’s Entertainer of the Year Award.

Dolly’s career has spanned nearly five decades and is showing no
signs of slowing down.  An internationally-renowned superstar, the
iconic and irrepressible Parton has contributed countless treasures to
the worlds of music, film and television.  Some of her hit films have
included Nine to Five,
Steel Magnolias, The Best Little Whorehouse in Texas and Rhinestone.  Parton received two Oscar® nominations – one for writing the title tune to Nine to Five and the other for “Travelin’ Thru” from the film Transamerica.