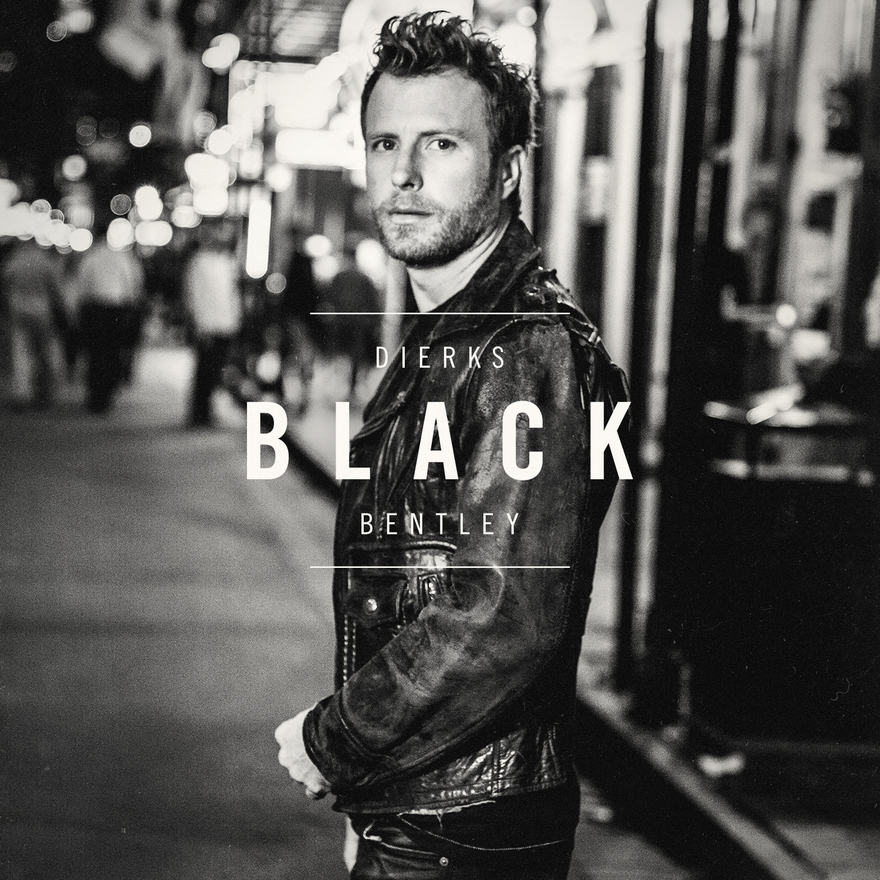 NASHVILLE,
TN – Mar. 29, 2016 – Multi-PLATINUM selling singer/songwriter Dierks
Bentley has never had to follow trends; he challenges them and creates
his own. On the heels of a career album earning critical acclaim,
commercial success and an armful of Grammy, CMA and ACM nominations,
Bentley continues one of the most interesting journeys in country music
with the newest mile-marker, his eighth studio album BLACK (Capitol Records Nashville) set for release on May 27. It will be available for digital pre-order this Friday (4/01).

BLACK
is personal – after all, it’s named after his wife Cassidy’s maiden
name, but it’s really a record about the human heart — not any
particular human. It explores breakups, hookups, mess-ups and everything
in between, shining a light on the things that happen after the sun
goes down.

“It’s
a relationship album that covers the ups and downs of the journey and
ends with some self-realization and evolvement,” shared Bentley. “The
song ‘Black’ helps set all of that in motion at the top of the album by
guiding you into the darkness and the shadows of the night. The same guy
who sings ‘Somewhere On A Beach’ winds up growing and having enough
perspective to sing something introspective like ‘Different for Girls.’
By the last song, he’s taking a look back on love and life.”

Produced
by Ross Copperman and executive producer Arturo Buenahora Jr., the
slow-smoked grit of Bentley’s voice keeps the album rooted in country
music, while it also appeals to audiences far beyond the boundaries with
fresh sonic textures that flourish on the edge of arena rock.

BLACK
also makes room for more than a few female firebrands, as Bentley
shares the microphone with vocalists Maren Morris, Elle King, Natalie
Hemby, Hillary Lindsey and Jessi Alexander. Never before has a Bentley
album contained so much input from the opposite sex.

“Having
a female perspective on this record really made the album more than
just music,” added Bentley. “It makes it a conversation between a guy
and a girl. Sometimes it’s harmonious and sometimes it’s two people
clashing, but it’s always there.”

5. Somewhere On A Beach

8. Roses And A Time Machine

This week Bentley prepares for his first-ever co-hosting duties at the 51st Annual ACM Awards on Sunday (4/3) at 7:00P CT on CBS, where he is also nominated for “Male Vocalist of The Year” and “Video of The Year.” The
forthcoming album’s Top 10 lead single “Somewhere On A Beach” continues
to breeze up the radio charts as it serves as the fastest moving single
of Bentley’s career. The “format superstar” (Entertainment Weekly)
will set out on his 2016 SOMEWHERE ON A BEACH TOUR with Randy Houser,
Cam and Tucker Beathard beginning May 12 in Holmdel, NJ, following a
string of dates overseas this month.