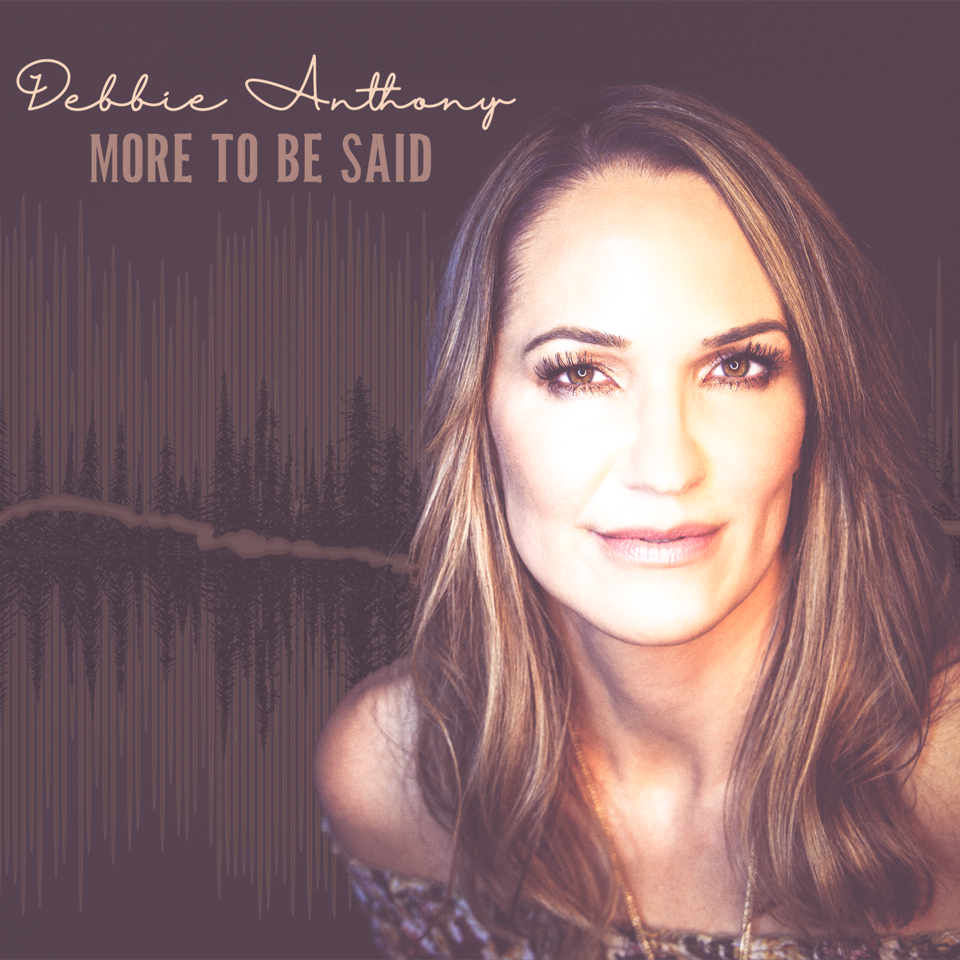 Answer: I started my music career later in life than most…and as a
result, my music is a reflection of all that life can throw at a
person: losing a spouse, loving again, raising children, having a
different career, maturing, learning, and gaining confidence…all
that prepared me for working hard and performing with absolute
confidence on stage as an artist. My music is who am: soulful and
heartfelt: country blended with some rock and gospel!

Answer: Last year was a dream come true. I recorded in Nashville with
producer Gena Johnson. I put everything I had into this project:
finding the perfect song, recording with A-list musicians, performing
the new songs, and making music videos. FINALLY, all of my hard work
and persistence is being celebrated as I’m about to release my new
album.

Answer: More To Be Said – release date: October 4. There‘s lots of
buzz about its upcoming release!

Answer: Great question! After I finished recording vocals, I was
sitting with my producer discussing possible titles. I had no idea at
all! Gena suggested that I read through the lyrics and see if
anything would jump out at me. As I read through the lyrics of Make
Me Stay (a single I released in March), all of a sudden I read the
words, more to be said. I knew right then that this was
going to be the title. Sure, I’m starting this career a little
later in life, but I know I’ve got SO MUCH MORE in me – and a lot
more to say!

Answer: I’m not a songwriter. I was pitched songs by various
songwriters…many from Nashville, but many from other parts of the
country and the world! As I found songs that I liked, I would forward
them to my producer. Sometimes it would be 10 songs, and she might
agree to one song! Little by little, the list grew, and I ended up
with 8 incredible original songs. I needed one more song: and ended
up recording one cover … a little-known song by Wynonna Judd (one
of her top 3 songs ever – she reached out to me in a video message
to tell me that and to give my all and make it my own song).

Answer: My last CD was produced by a more old-school producer with a folk
background. My husband, who is a writer in the financial services
world, co-wrote the lyrics to 6 of the songs. So, the lyrics were
very personal – about my life and my husband’s perspective about
me. My new album was produced by someone who is in the heart of
what’s happening today in Nashville. She’s worked with the top
artists in the music industry and was able to direct me to songs that
also represented who I was as an individual but but was more
representative of the style of music that I liked – contemporary
country music.

Answer: I am drawn to ballads – and songs with a positive
message (especially love)

Lamitschka:  You did a duet with Dillon Carmichael. How did
that happen to come about?

Answer: I wanted to have a duet on my album and was searching for a Tim
McGraw/Faith Hill type of song. It was getting down to the last
minute, when I was pitched the song, There’s A Part Of Me. I sent
it to my producer, and she approved it immediately. The next step was
to find that perfect artist. I needed someone with a lower-range
voice (like mine) yet who had a wide range – since it truly is
challenging vocally. I wanted someone with more of a gravelly, rich
country voice. My producer had engineered Dillon’s album for RCA,
and asked me what I thought. I listened and was immediately drawn to
his voice and knew it was perfect! He agreed immediately to do the
song…and the rest is history! Thank you, Dillon!

Answer:  Second Best is one of my two favorites. My first
husband died at the young age of 23 (after we had been married only 6
months). Fast forward many years later…I was pitched a song called
Second Best, and it immediately sent me back to that time of grief in
my life…the pain, the emptiness, the despair of losing someone that
could never be replaced. I felt then that there could be only a love
that was second best. Fortunately, I had room in my heart to love and
be loved again, which ties in to my single, Faithful. This song was
written by my second husband – my second chance for love – and I
am grateful for both. Both loves are shared on this very personal
album.

Lamitschka:  Many music fans today get their information
about artists online. Do you have your own website and what will fans
find there?

Answer: My website is www.debbieanthonymusic.com.
You can hear my music, check out my videos, tour dates, bio, photos
and instagram feed.

Lamitschka:  What’s the best compliment a fan has ever given
you?

Answer: That my music and voice goes straight to the heart – inspiring
and making them think.

Answer: I keep hearing how much Europeans are growing in their love for
country music. Thank you, Europe…I love you!!!