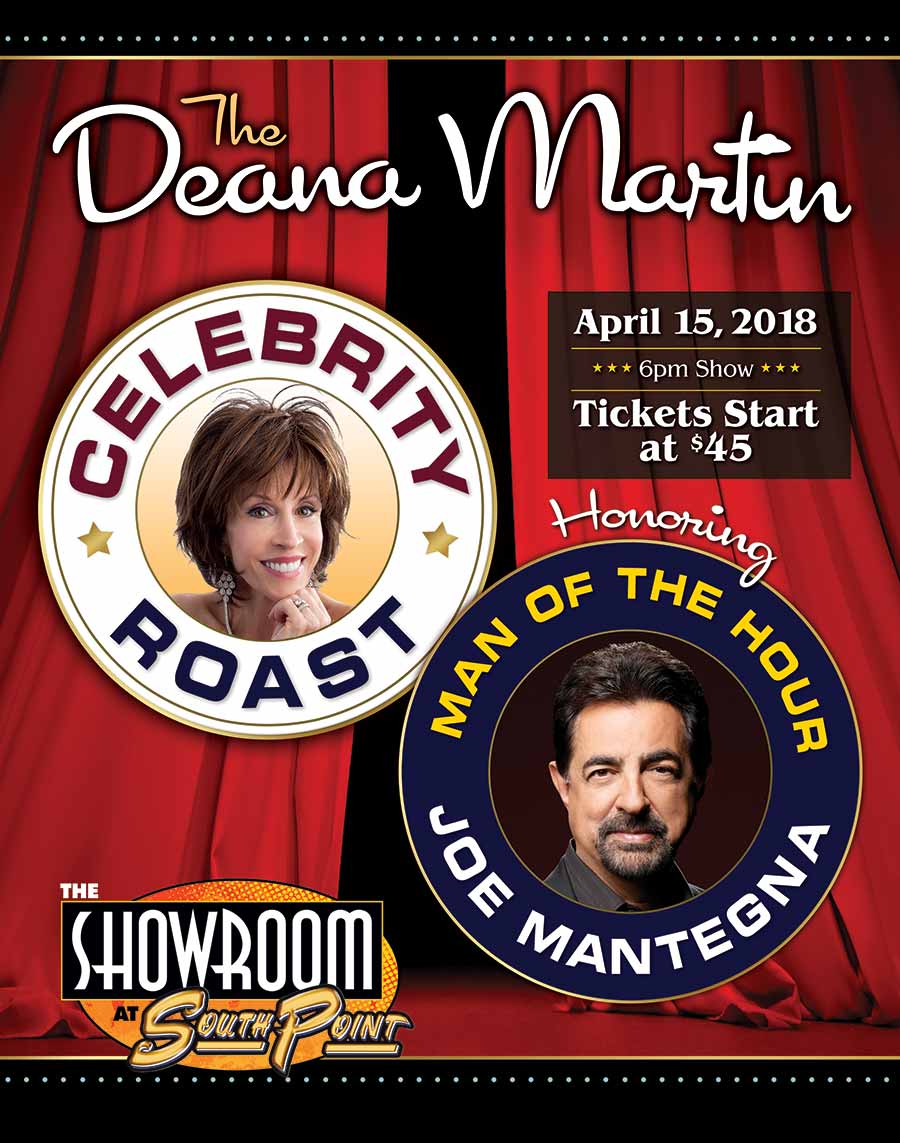 The April 15th event to host celebrity guests and cast members from Criminal Minds, The Sopranos, Westworld, NYPD Blue, plus others.

Joe Mantegna, best known for his role as David Rossi in the CBS hit-series Criminal Minds,
is the “Man of the Hour,’ and will have his life and career roasted by
special celebrity guests. In addition, Mantegna is known for roles In
box office hits, including Three Amigos, The Godfather Part III and Up Close & Personal. Mantegna won a Tony Award for David Mamet’s play Glengarry Glen Ross and earned Emmy Award nominations for his roles in three different miniseries: The Last Don (1997), The Rat Pack (Starring as Dean Martin,1999), and The Starter Wife (2007). He’s also known for his role voicing Fat Tony in The Simpsons.

“Joe Mantegna is ‘one of the good guys’, so roasting him will be
difficult. But with our creative and talented cast of Roasters, we will
take no prisoners. So, fasten your seatbelts, it’s going to be a bumpy
night,” says Deana Martin

Tickets for The Deana Martin Celebrity Roast are available for purchase on the South Point website.

Deana Martin is an influential American singer, actor and performer and
the very proud daughter of iconic entertainer, Dean Martin. Her 2006
debut CD release, “Memories Are Made of This,” stayed in the top ten for
40 consecutive weeks. Her follow-up CD, 2009’s, ” Volare,” debuted in
the top ten of the Billboard charts, followed by 2011’s seasonal
evergreen, “White Christmas,” 2013’s critically acclaimed “Destination
Moon” and her latest, 2016’s “Swing Street,” garnered airplay on top
jazz, standards and country radio stations, emphasizing her prominent
status as a hit recording artist.

As a celebrated author, Deana found herself on the New York Times’
coveted #1 Best Seller list with her 2004 memoir, “Memories Are Made of
This: Dean Martin Through His Daughter’s Eyes.” In it, she shares
never-before-told stories about her father and his ‘pallies’. The e-book
version returned Ms. Martin to the best-selling book charts in 2015 on
Wall Street Journal’s roster of best-selling e-books.