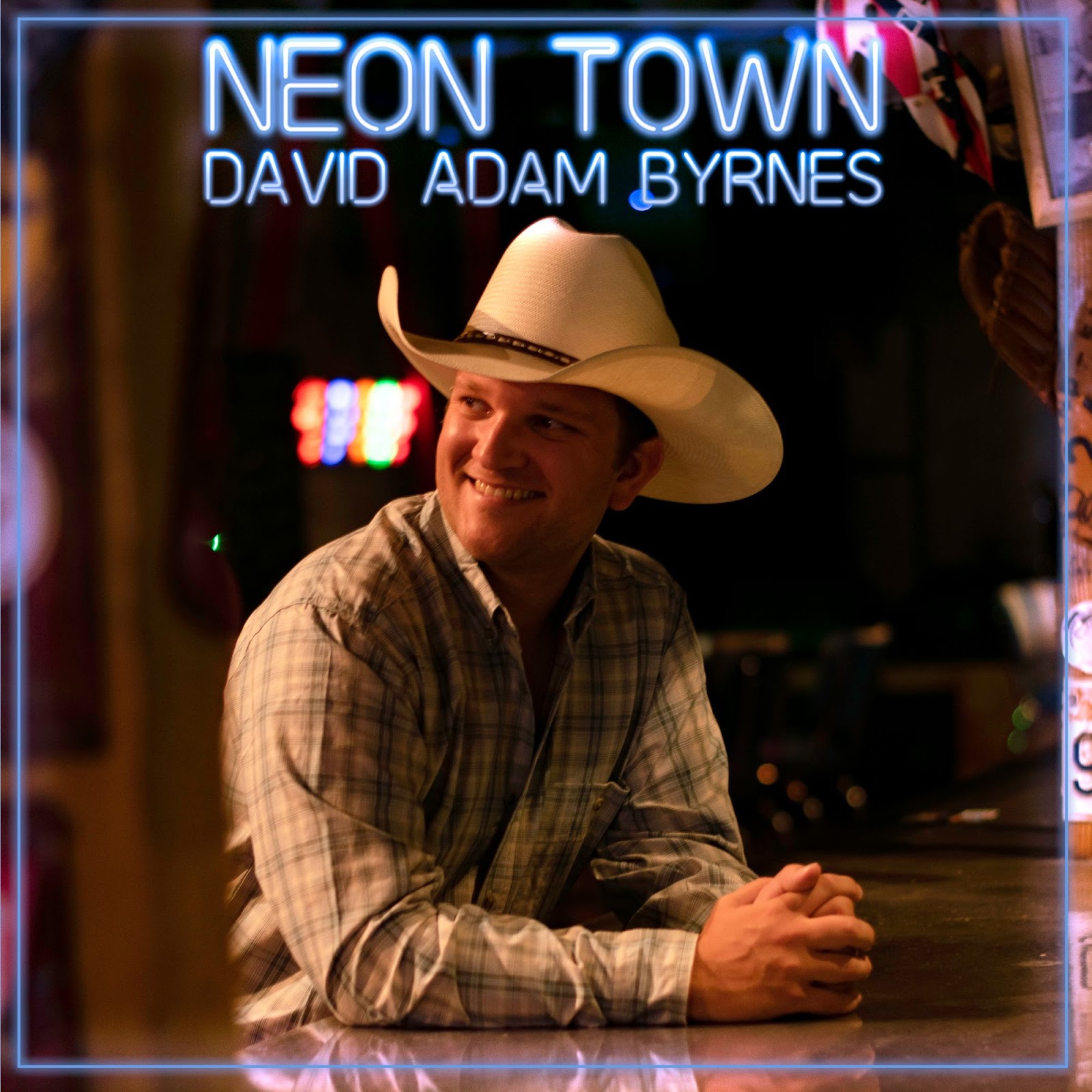 Recently, I caught up with David Adam Byrnes, a
singer-songwriter on the verge of major stardom with a new album, Neon Town,
set for release in October.

I have known Arkansas-born David Adam for
years, both as an industry friend and a fan of his music. I sent him a “12
Pack” of questions, and reading his answers (via e-mail) made me laugh and
smile!  It was definitely my dose of
sunshine for the week.

But first, the big news about his new
album. From a small-town Arkansas kid to a mainstream songwriting scholarship
in Nashville to a return to his independent country music roots, David Adam
Byrnes is making the scene in Texas with singles flying up the Texas radio
chart.

On October 2nd, Byrnes will release his new
album Neon Town, and for several months its presence has already been
felt with three back-to-back #1 hit singles.
The very week the second single, “I Can Give You One,” hits #1 in Texas,
the virus pandemic hits the world.  Shows
canceled, album release canceled…life as we know it, canceled.  After months of shutdown David decided that
the show must go on. On April 10th he released his new single “Neon Town,” the
title track to the new album, and it has also reached the #1 spot.

His new single “Old School” is well on
course to the top of the chart, and the hilarious music video is turning heads
as well, premiered by CMT.com. There’s even a quick reference to Conway
Twitty’s “Hello Darlin’” in the video that fits right in when you watch the
video!  In an interview with CMT, Byrnes
said, “As fun as the song is, I just feel men need to get back to being a
gentleman and treating women like ladies. It’s as simple as holding or opening
the door, picking up the check, and having the overall manners that a man
should have towards a woman. Some may call it ‘Old School.’”

Watch the video at https://youtu.be/hRagZaMxU9g

In celebration of his new album release,
Byrnes is giving away 5 pairs of Durango cowboy boots to a handful of lucky
winners who pre-order the album at www.davidadambyrnes.com 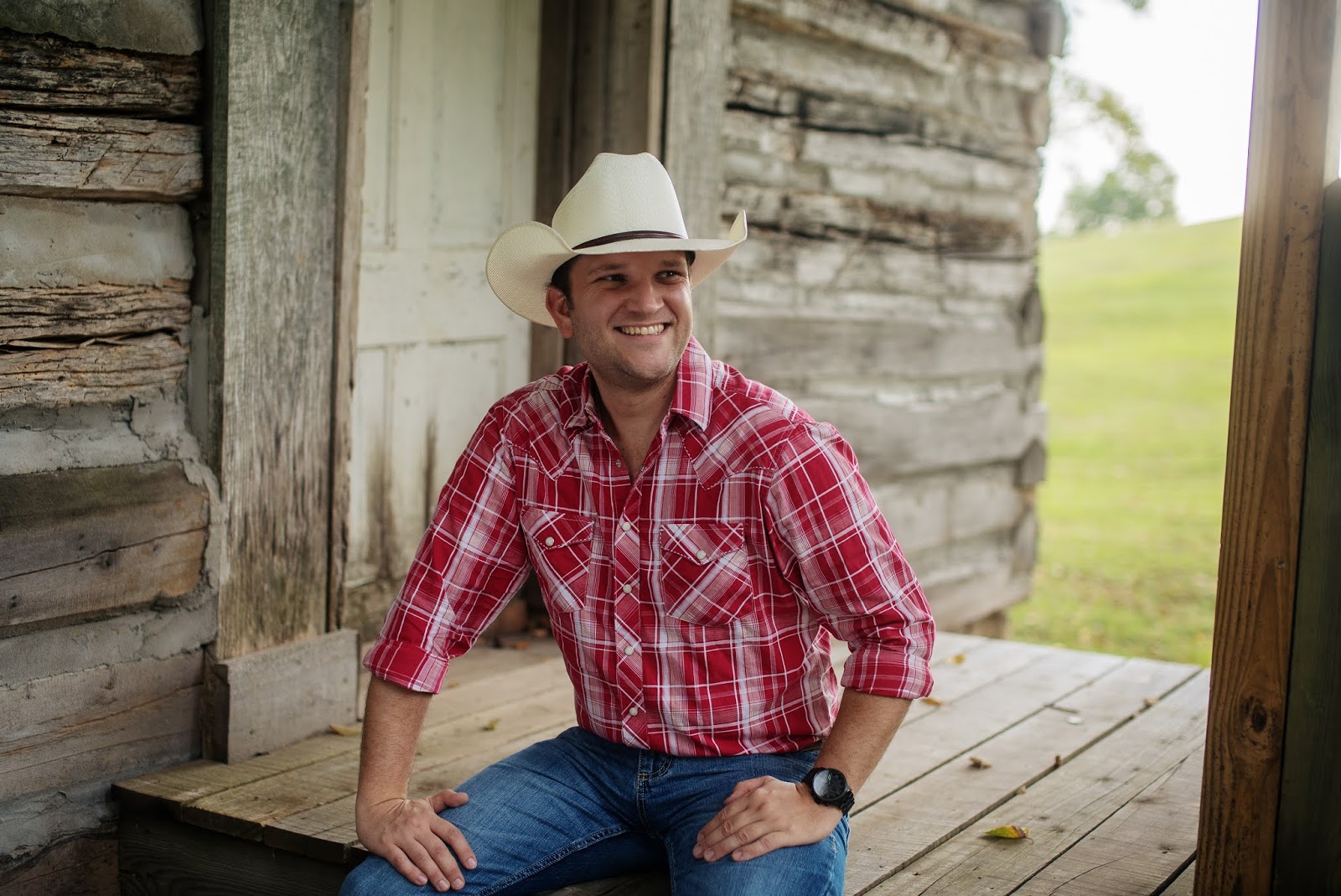 [1] Preshias Harris:Tell me, David, what
is your earliest musical memory?

David Adam Byrnes:I can’t say an exact time but I remember
standing on our fireplace and the front porch with my guitar and toy microphone
when I was 3 or 4 pretending I was putting on concerts. As far as a real
audience it would be when I was 5 and started singing at nursing homes on
Monday nights.

[2] PH: If you were to be left on a deserted island for one year and you
could pick three albums to be there with you and couldn’t pick any of
your own, what would you pick?

1.
Strait out of the Box by George Strait. That way you get a whole
lot of King George in one CD

2.
Saving The Honkytonk by Mark Chesnutt. It’s just hands down one
of my all-time favorites

3.
I’d find a loophole hear and just make a playlist of all my
favorite Daryle Singletary songs on one CD. He had a huge hand in my career
musically as well as personally

[3] PH:Which song or album are you listening to the most right now?

DAB: I went diving for a record I forgot about and have been on
a kick with Joe Nichols’ “It’s All Good” record. That’s just good country music
right there.

[4] PH:Please finish the sentence: I would love to have been there in
musical history when…..?

DAB:The late
80’s when Randy Travis and George Strait hit and country started moving back to
its roots and away from the overly pop sounds of the 70’s and early 80’s. I’d a
loved to just seen how it took place, the fan reactions, and how it shook up
Music Row with my own eyes. That era of country is what truly made me.

[5] PH:Your house is on fire – all your family, children and pets are
saved. By the trick of fate you are told you can run in and get one
item to carry out, what will you save from the flames?

DAB:Probably my cowboy hat George Strait signed for me when I was 9
years old. That’s always been my prized possession.

[6] PH:If you could have dinner with George Washington or George
Strait, which one would you chose and why?

DAB:King George, that’s my hero… I don’t know that I could
validate it any better than saying that! lol

[7] PH:Which one of superman’s powers would you like to have?

DAB:Flying, it
would make some of these long trips go by a lot faster on the road.

[8] PH:If you could record or perform a song with another artist or
group, (dead or alive) who would that “dream duet” be?

DAB:Absolute dream would be a combo with George Strait, Keith
Whitley, and Merle Haggard.

[9] PH: If you could be given credit for writing one song that has
already been written, what would be your song?

DAB:“Where She Told Me To Go” by Eric Church. That hands down may
be the best written song I’ve ever heard.

DAB:“Ick” would be Sushi… There ain’t enough flavor in the world
to cover up the taste of it for me!  “Yum”
is definitely steak; pretty sure I’d eat it every night if I could.

DAB:Probably a
boat store or Amazon Prime… you know, choices 🙂

[12] PH:If you could get a phone call from one person in the world
right now (living or deceased) whom would you like to hear from?

DAB:God. I sure have a lot of questions for him.

PH:If a movie would be made
about your life what would it be called?

DAB:As much as I’m joking, this is serious… “The little David
That Could.” For all the letdowns, heartache, and setbacks I’ve had in my
career…. I’m still here!

Catch up with David Adam Byrnes’ music, merch and tour schedule at www.davidadambyrnes.com