DARIUS RUCKER SCORES EIGHTH NO. 1 WITH “IF I TOLD YOU” 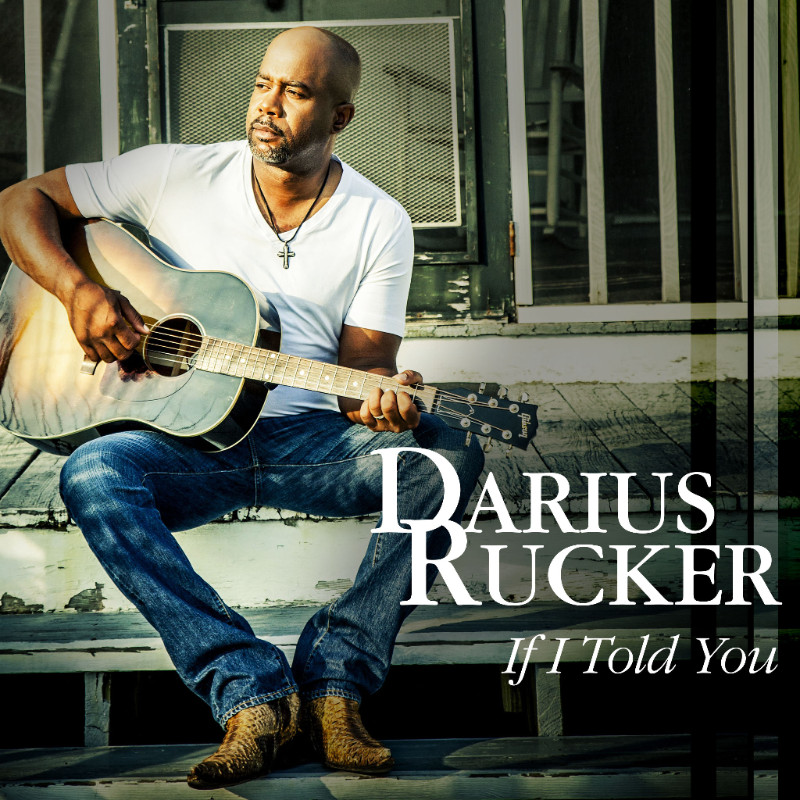 DARIUS RUCKER SCORES EIGHTH NO. 1 WITH “IF I TOLD YOU” TO CAP OFF MOMENTOUS CMA FEST WEEK

NASHVILLE, Tenn. – As Darius Rucker scores yet another No. 1 at Country radio with “If I Told You,”
the first single from his forthcoming fifth studio album on Capitol
Records Nashville, he looks back on a banner week. “If I Told You” is
the eighth No. 1 single for Rucker since his debut in country music in
2008 and comes just a week after another milestone moment for
the three-time GRAMMY Award winner, who reached the $1.2
million mark with his yearly kickoff to CMA Fest, the “Darius and
Friends” concert and golf tournament to raise funds for St. Jude Children’s Research Hospital®. Friends
including Brooks & Dunn, Luke Combs, Dan + Shay, John Oates of
legendary pop duo Hall & Oates were among those who helped the event
reach its record-breaking achievement.

On Wednesday
morning Rucker visited TODAY’s Kathie Lee and Hoda at Honky Tonk Central
in Nashville, presenting two worthy recipients of new homes through his
partnership with Ply Gem and Habitat for Humanity’s Home Builders Blitz and serenading the crowd with a performance of “If I Told You.”

“If I Told You” marks Rucker’s first collaboration with producer Ross Copperman. The song was written with Copperman’s co-writers Jon Nite and Shane McAnally.

“I love this time in country music,” Rucker said. “It’s so wide in range
and to have this song — a ballad and one I’ve loved and related to
since first hearing the worktape — is pretty incredible.”

On Wednesday
evening the CMT Performance of the Year nominated star helped kick off
the awards show as he joined Jason Aldean and Charles Kelley for a
rendition of “Midnight Rider” in tribute to Gregg Allman, as well as
reprising his role as CMT president for the second year in a skit airing
at the top of the show. Acting as CMT president follows a long list of
acting accolades Rucker has collected this year, including
playing Johnny Bragg, lead singer of the Prisonaires on CMT’s Sun Records and a career criminal on Hawaii Five-0.

Rucker closed out 2017’s CMA Music Fest with performances dedicated to
the fans that make the week so special, performing at the HGTV Lodge on
Sunday morning and Nissan Stadium Sunday evening. In celebration of the
imminent No. 1 status of the first offering of his fall 2017 album,
Rucker welcomed Little Big Town’s Karen Fairchild for a compelling duet
of “If I Told You,” expressing to the crowd, “Thank you for believing in
this song!” The emotional rendition had the crowd on their feet and in
tears as Rucker and Fairchild crooned “I’ll love you anyway” to each
other from either side of the stadium stage.

Rucker’s as-yet-untitled fifth Capitol Records Nashville album will be
released later this year with Copperman at the helm. It will be yet
another signature moment in the multiplatinum career of one of music’s
most beloved figures. Rucker has never been busier while working on his
new album with a slate of television appearances this spring and summer
that show just how popular he is, including his own CMT Crossroads episode with John Mellencamp. He also appeared in Adam Sandler’s Netflix original, Sandy Wexler, and his own episode of Celebrity Undercover Boss on CBS.

About Darius Rucker
Rucker first attained multi-Platinum status in the music industry as the
lead singer and rhythm guitarist of GRAMMY award-winning Hootie &
the Blowfish. Since re-introducing himself to the world as a country
artist, he has released four consecutive albums to top the Billboard Country
albums chart and earned a whole new legion of fans. In 2014, Rucker won
his third career GRAMMY award for Best Solo Country Performance for his
4x Platinum selling cover of Old Crow Medicine Show’s “Wagon Wheel,”
off his album, True Believers. Rucker’s first two country albums, Learn To Live and Charleston, SC 1966 produced
five No. 1 singles including “Come Back Song,” “This,” “Alright,” “It
Won’t Be Like This For Long” and “Don’t Think I Don’t Think About It.” Southern Style,
his fourth studio country album, features his seventh No. 1 single
“Homegrown Honey,” co-written by Rucker, label mate Charles Kelley of
Lady Antebellum and Nathan Chapman. Rucker’s new single, “If I Told
You,” is his eighth No. 1 on country radio and the first cut from
his forthcoming fifth album for Capitol Nashville.