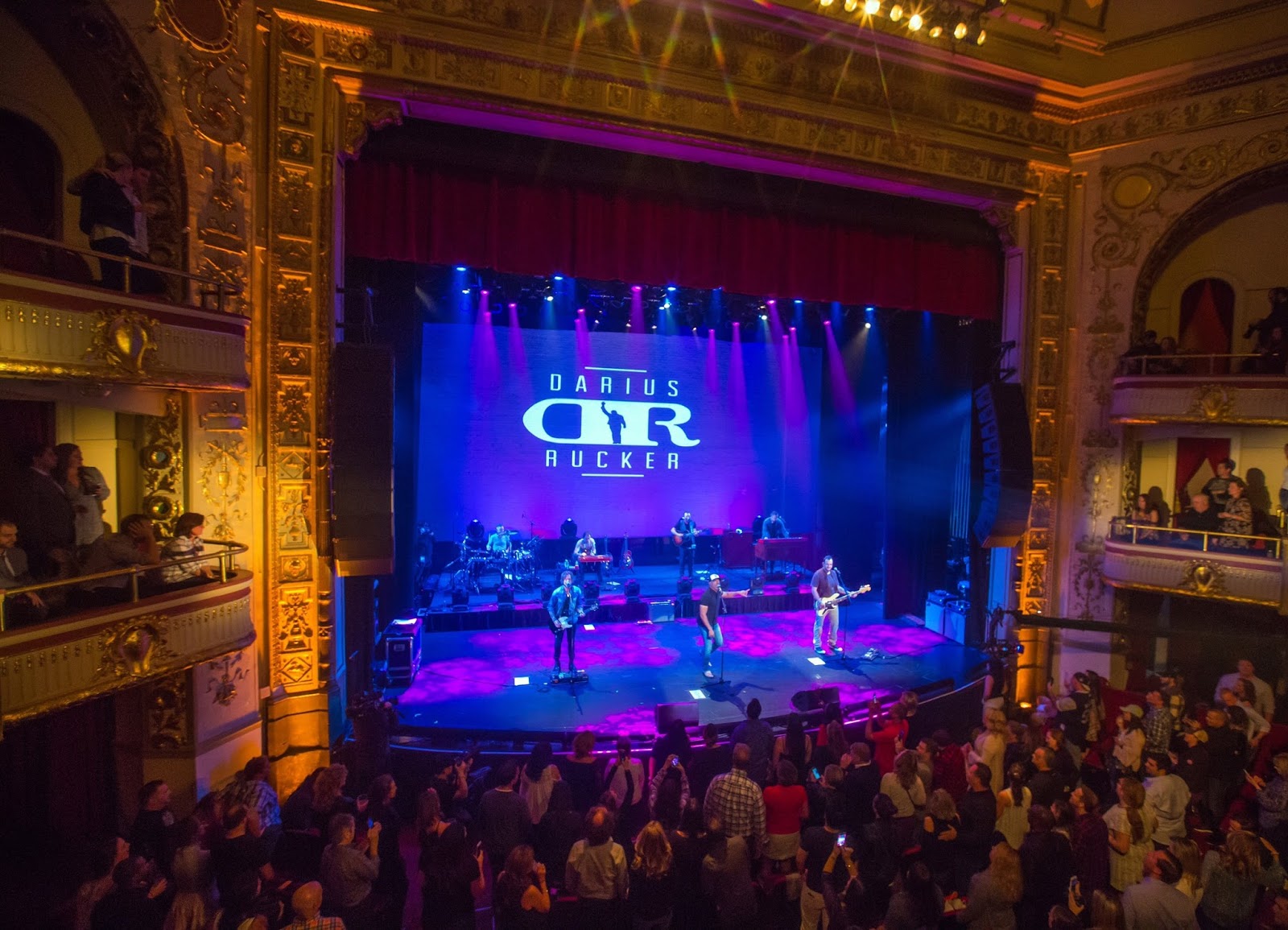 DARIUS RUCKER CELEBRATES RELEASE OF NEW ALBUM, WHEN WAS THE LAST TIME

WHEN WAS THE LAST TIME

HARLEM, N.Y. – In the hours before releasing his fifth country album on Capitol Records Nashville, When Was The Last Time, Darius Rucker
celebrated the latest milestone and bucket list moment in his
groundbreaking, multi-genre music career from the iconic stage of the
Apollo Theater in New York City. Performing hits spanning his country
career – from his first country No. 1 single “Don’t Think I Don’t Think
About It” to his most recent chart-topper off the new album, “If I Told
You,” – to a few classic crowd-favorites from his career as lead singer
of Hootie & the Blowfish, Rucker kept the crowd on their feet all
night.

“I asked myself, ‘if I could play any song at the Apollo tonight, what
would it be?’,” Rucker marveled midway into his two-hour set. “I knew I
had to play this song tonight because I’ve always been a huge Patsy Cline fan, and for me, this song, ‘Another Night With You,’ is a true country song,” before launching into track 9-of-12 on the album that dropped overnight.

And it wasn’t just Rucker’s excitement fueling the crowd. After an
album-collaboration earlier this year, Darius brought out Robert
Randolph to duet on their “Love Do What You Do.” The pedal steel rock
star stayed on stage transitioning into an Apollo-only-worthy
collaboration on “Hold My Hand.”

It seemed Rucker didn’t want the night to end any more than the sold-out
crowd. After a three-song encore, the Charleston, South Carolinian took
a moment to take it all in before taking a final bow.

With appearances on CBS Sunday Morning (10/22), Today Show (10/24), The View (10/25), The Chew (10/27), Harry (11/1), Jimmy Kimmel Live!, and more, the 3-time GRAMMY winner’s new album was worth the wait. USA Today observes,
“Rucker is a seriously underrated singer. Blessed with a rugged but
warm timbre, he has a rare ability to invite listeners into a song
rather than keep them at a distance through extraneous, show-offy
display.”

The first single from When Was The Last Time, “If I Told You” has already achieved chart-topping success, and second single “For The First Time,”
co-written by Rucker with Derek George and Travis Hill, is available
digitally now and currently climbing the country charts. Rucker shared
the behind-the-scenes of the music video exclusively with PEOPLE.com, here.

Complete track listing for When Was The Last Time:

9. “Another Night With You” (Rucker, Dillon, Josh Thompson)

Rucker first attained multi-Platinum status in the music industry as the
lead singer and rhythm guitarist of GRAMMY award-winning Hootie &
the Blowfish. Since releasing his first Country album in 2008, he has
celebrated four summits to the top of the Billboard Country
albums chart and earned a whole new legion of fans. In 2014, Rucker won
his third career GRAMMY award for Best Solo Country Performance for his
4x Platinum selling cover of Old Crow Medicine Show’s “Wagon Wheel,” off
his album, True Believers. Rucker’s first two country albums, Learn To Live and Charleston, SC 1966 produced
five No. 1 singles including “Come Back Song,” “This,” “Alright,” “It
Won’t Be Like This For Long” and “Don’t Think I Don’t Think About It.” Southern Style,
his fourth studio country album, features his seventh No. 1 single
“Homegrown Honey,” co-written by Rucker, label mate Charles
Kelley of Lady Antebellum and Nathan Chapman. Rucker’s last single, “If I
Told You,” is his eighth No. 1 on country radio and the first cut from When Was The Last Time, his newest album on Capitol Records Nashville.