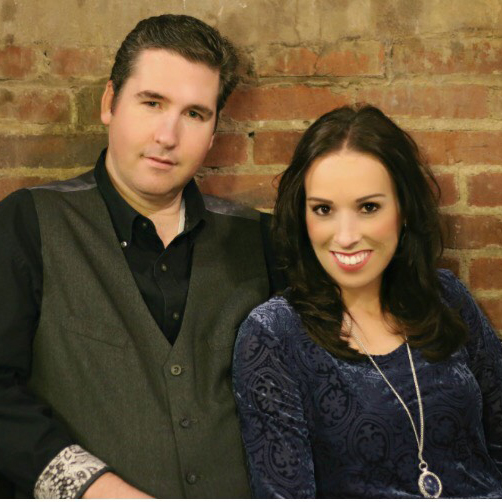 In Darin & Brooke Aldridge’s latest single “I’m Going Under,” reigning IBMA Female Vocalist of the Year
Brooke Aldridge turns the phrase from a cry of help into a testament of
hope, telling the story of someone who is at wit’s end and looking for a
way out of depression.

The song opens with a woman looking at a mirror, unhappy with what her
life has become. We find her in the moment of hitting rock bottom —
lost, and at the end of her rope. Then, she calls out to God for help,
coming to the realization that the only path upward is unyielding faith.

From drowning in sorrow to being cleansed by grace in baptism, the woman finds her way to redemption.

I’m going under, Lord give me a hand

I’m going under, only you’d understand

I’m in way too deep, could you take this all to keep?

Could you reach out to me?

Aldridge’s performance delivers this emotional story in a dynamic way,
carrying the tone of the song from one of desperation to one of comfort.
This is the mark of a great vocalist.

Darin & Brooke Aldridge say, “When we first heard ‘I’m Going Under’
our reaction was, ‘Wow what incredible lyrics that are going to change
and impact lives greatly!’ We felt like it would move people in a very
spiritual and emotional way. All of us have experienced ups and downs in
life…some of us so many, that eventually we begin to feel like we’ve
reached the bottom with no one or nowhere to turn. This song reminds us
that there is someone who ALWAYS hears us in our highest moments AND in
our lowest moments. It was written by Karen Taylor Good and Bill Whyte
in a personal perspective format. You learn in the song someone is
calling out to God, asking for his guidance and direction because
they’ve reached the bottom. By the end of the song, the person finds God
in their life and gets baptized, ‘They Go Under’ and are forever
changed. We truly feel the words speak to all of us. It reminds us to be
still, listen and allow God to restore our brokenness. We hope each and
every listener will be encouraged through this song and experience the
vivid picture it creates in your mind.”

The song is performed by an elite line-up of players including the duo’s other half, Darin Aldridge (winner of the 2017 IBMA Momentum Mentor of the Year)
on mandolin and harmony vocals, the unique guitar work of Zeb Snyder
(Snyder Family Band), accomplished bassist Mark Fain (Ricky Skaggs and
Kentucky Thunder/Chris Hillman), and the skillful fiddle of band member
Carley Arrowood, winner of the 2017 IBMA Momentum Instrumentalist of the Year.

About Darin and Brooke Aldridge:

Husband and wife duo Darin & Brooke Aldridge drew on the traditions
of their native North Carolina, the savvy of a young, gifted band and
their own dedication to ingenuity to create the most adventurous album
of their career with their critically-acclaimed 2017 release, Faster
& Farther.

The duo in 2017 placed 4 tracks at the top of the Americana/Roots,
Bluegrass Unlimited and Bluegrass Today charts. They have received
multiple nominations from the International Bluegrass Music Association
(IBMA) the Society for the Preservation of Bluegrass Music of America
(SPGBMA) and Inspirational Country Music (ICM). Their music videos
“Wildflower”, “Tennessee Flat Top Box” and “Mountains of Mississippi”
were heavily featured on outlets including CMT Edge, GAC, Bluegrass
Ridge TV and The Bluegrass Situation. TV appearances include PBS, Great
American Gospel, The Bluegrass Road, RFD-TV, Blue Highway TV, Songs of
the Mountain, Woodsongs and Music City Roots on PBS.

Brooke, the 2017 IBMA Female Vocalist of the Year, has been lauded for
having one of the most powerful voices in any genre of music and Darin,
the 2017 IBMA Mentor of the Year winner, is a highly sought-after
multi-instrumentalist. Together they combine rich harmonies with
impeccable musicianship to create the unmistakable sound that has made
them one of the hottest young acts in acoustic music today.