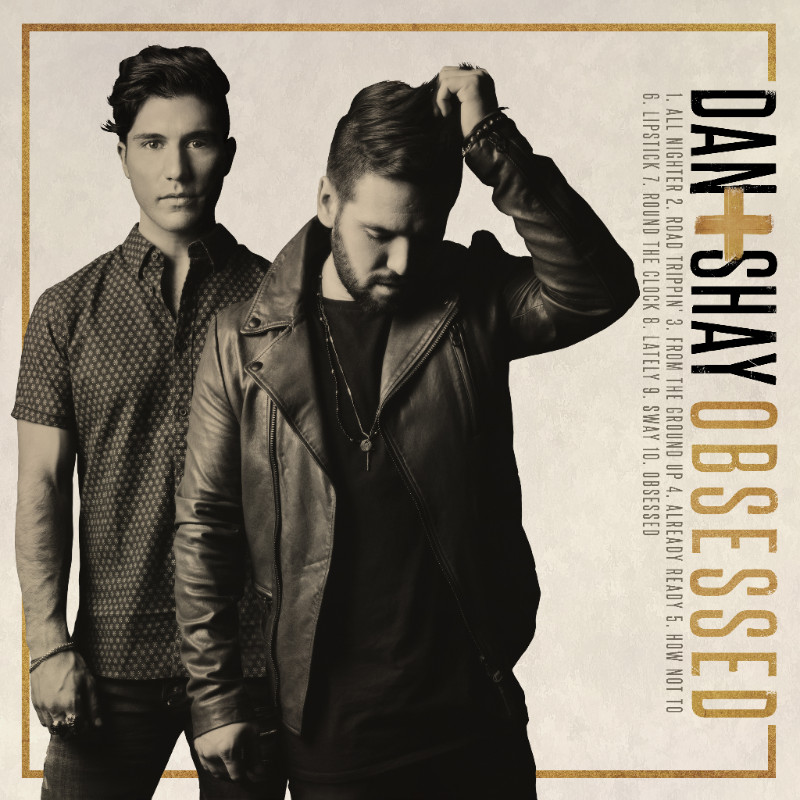 Duo to perform on upcoming episode of ABC’s Live! With Kelly


NASHVILLE,
Tenn. – (June 3, 2016) – Platinum-selling country duo Dan + Shay (Dan
Smyers and Shay Mooney) released their second Warner Bros. / Warner
Music Nashville album, Obsessed today, available in stores and digitally now. The album, which follows their No. 1-peaking debut Where It All Began, was produced by Smyers and the award-winning Scott Hendricks. In celebration of the new release, the duo will appear on ABC’s Live! With Kelly on Wednesday, June 8.

To coincide with album release, the AUDIENCE Network will air a “Dan +
Shay” concert special this evening at 8/7c on DIRECTV Channel
239/U-verse Channel 114. The special features exclusive interviews and
performances of songs including “How Not To,” “Already Ready,” “19 You +
Me” and “From the Ground Up.”

“From the Ground Up,” the lead single from Obsessed, was the
most added song at country radio two weeks before official impact date
and was their fastest rising single to date upon release. The song has
already racked up more than 16 million streams and has consistently sold
nearly 25,000 track equivalents per week. Written by Dan + Shay with
Chris DeStefano and co-produced by Smyers and Scott Hendricks, it has
been Top 10 on the Shazam country chart for seven straight weeks.

In anticipation of the album release, Dan + Shay have also released special companion videos for four of the 10 tracks from Obsessed. After starting by revealing “Already Ready” as part of their Facebook “Artist of the Day Feature,” the duo subsequently released videos for “Road Trippin’,” and “How Not To” as well as the title track, “Obsessed.”
The name for the song and ultimately the album was directly inspired by
fans, who posted the hashtag “#obsessed” all over social media upon the
release of “From the Ground Up.”

In addition to the launch of their brand new album, Dan + Shay are
celebrating the RIAA Gold certification of their first No. 1 single
“Nothin’ Like You,” which was recently nominated for CMT’s Group/Duo
Video of the Year Award.

Dan + Shay will join Darius Rucker to kick off the Good for a Good Time Tour today in Tampa, FL.

ABOUT DAN + SHAY
Dan + Shay’s just released album Obsessed follows their 2014 debut Where It All Began, which made them the first new country duo in SoundScan recorded history to debut at No. 1 on Billboard’s
Country Albums Chart. Racking up nearly 34 million YouTube views, the
pair has impressively sold more than 1.8 million digital tracks and over
415,000 album equivalents to date, including 158 million streams. Their
newest single, “From the Ground Up,” follows their chart-topping smash
hit “Nothin’ Like You” and is currently Top 20 on country radio. Dan +
Shay are celebrating the RIAA Platinum certification of their debut
single “19 You + Me” as well as a nomination for Group/Duo Video of the
Year from the CMT Awards. They have previously earned three consecutive
nominations for ACM “Vocal Duo of the Year” and two nominations for
CMA’s “Vocal Duo” award as well as nods for an American Country
Countdown Award and a Radio Disney Music Awards. The pair finished up
2015 with their sold-out headlining “Just the Right Kind of Crazy” Tour
and hits the road with Darius Rucker this summer on the “Good for a Good
Time” Tour, kicking off in Tampa, FL.