Dan + Shay Celebrate From The Ground Up Fall Headlining Tour 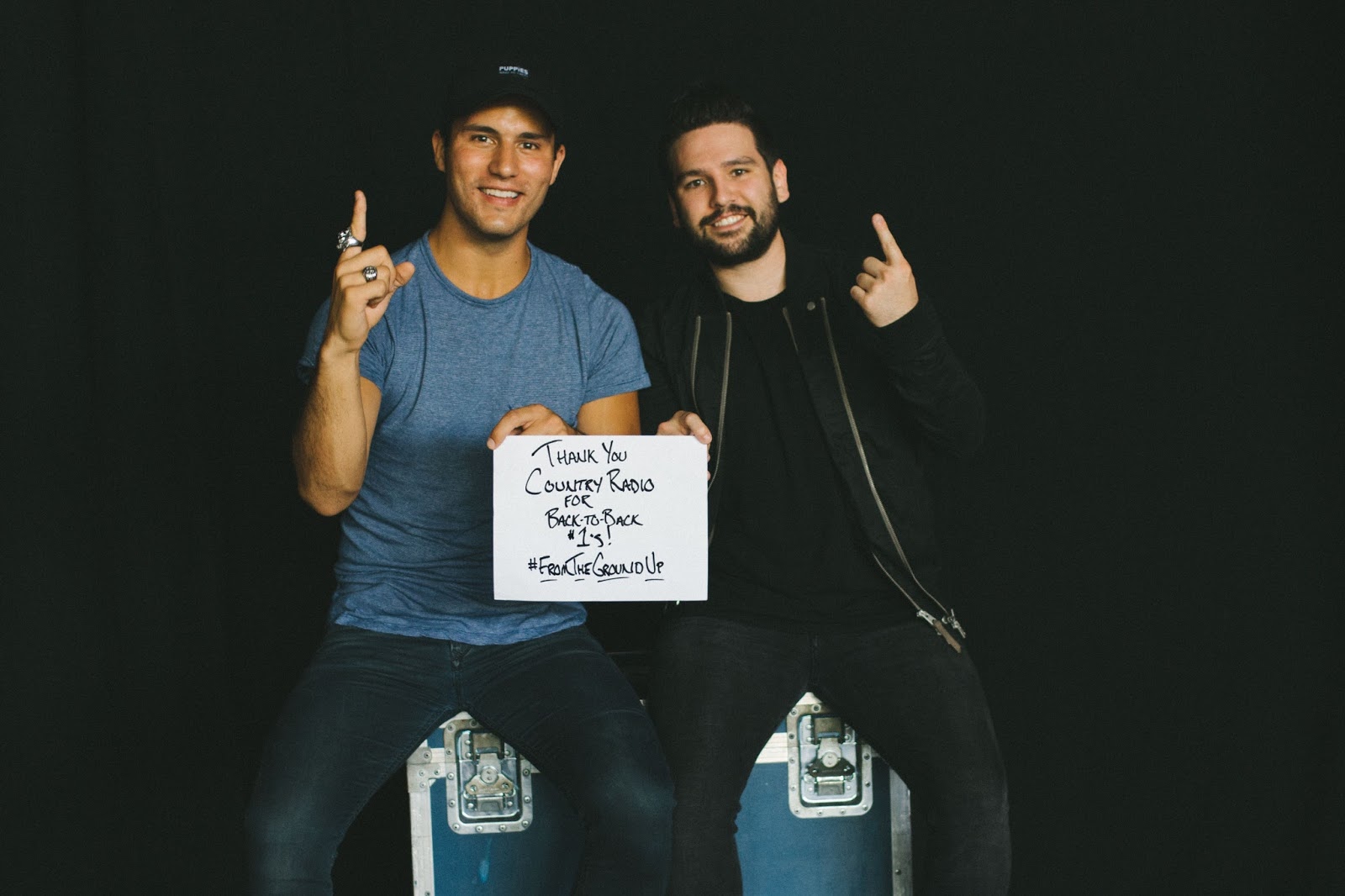 Dan + Shay Celebrate No. 1 Single, “From The Ground Up” by Announcing Fall Headlining Tour

Obsessed Tour to hit 15 cities across the U.S. and Canada this November and December


NASHVILLE, Tenn. (Aug. 22, 2016) – Earlier today, “From The Ground Up,” the impactful first song released from Dan + Shay’s critically acclaimed sophomore album, Obsessed, hit
No. 1 on both the Mediabase and Billboard Country Charts. So what
better way to celebrate than for the Warner Bros. Records/Warner Music
Nashville Platinum-selling recording duo to announce the Obsessed Tour.
Earning its name from the title of their hit album and its title track,
which was directly inspired by fans, the headlining tour will also
feature special guest singer/songwriter Walker Hayes. The Obsessed Tour
kicks off Nov. 10 in Denver, Colorado and will hit 15 cities across the
U.S. and Canada through Dec. 17, including their first ever tour stop
in Honolulu, Hawaii.

“We have been so humbled by the response to our new album, and can’t
wait to perform live for our fans this fall,” said Dan Smyers. “Our fans
inspired the title of the Obsessed album, so it was only fitting to name the tour after the album.”

“We are also so grateful to everyone for help making ‘From The Ground
Up’ No. 1,” added Shay Mooney. “This is such a personal song for both of
us, and we are thrilled that people have loved the song as much as we
do.”

The tour is the perfect ending to what has been a monumental year for
Dan + Shay. Earlier this year, the duo released their second album, Obsessed, whose first single,  “From The Ground Up,” was an immediate hit. The pair debuted the song on Good Morning America and has since performed it on Live With Kelly, Dancing With the Stars, The Bachelorette and The Ellen DeGeneres Show.
The song marks the second No. 1 for the duo in less than a year, and
also the first No. 1 song produced by Smyers, along with Scott
Hendricks.

Tickets for Dan + Shay’s Obsessed Tour go on sale Friday, Aug. 26 with the exception of the
Salt Lake City, Flagstaff and New York City shows, which goes on sale
Friday, Sept. 9. The dates for the tour are as follows:

* Special guest Walker Hayes will not play this date.

Obsessed follows Dan + Shay’s 2014 debut Where It All Began, which made them the first new country duo in SoundScan recorded history to debut at No. 1 on Billboard’s
Country Albums Chart. The album included the debut single, “19 You +
Me” which earned RIAA Platinum certification, and their first No. 1
single, “Nothin’ Like You,” which earned RIAA Gold certification.
Racking up more than 42 million YouTube views, the pair has impressively
sold more than two million digital tracks and more than 500,000 album
equivalents to date, including 200 million streams. They have previously
earned three consecutive nominations for ACM “Vocal Duo of the Year”
and two nominations for CMA’s Vocal Duo of the Year award as well as
nods for an American Country Countdown Awards, CMT Awards, and Radio
Disney Music Awards. The pair finished up 2015 with their sold-out
headlining Just the Right Kind of Crazy Tour and is currently on the road with Darius Rucker this summer on the Good for a Good Time Tour.

Released on May 3, 2016, Walker Hayes’ 8 Tracks (Vol. 1): Good S**t
pooled together some of the Alabama native’s best work tapes from
songwriting sessions. These raw productions exploded online, quickly
garnering placement on Spotify’s Viral Chart and catching the ear of
syndicated radio host Bobby Bones, who played the song “Shades” —
declaring it the song of the summer — and the powerful “Beer in the
Fridge.” On Aug. 19, 2016, Hayes released 8 Tracks (Vol. 2): Break The
Internet, and features poignant tracks like “Comedian” and “Halloween.”
Hayes is currently in the studio working on his full-length album with
songwriter/producer Shane McAnally (Sam Hunt, Kacey Musgraves).