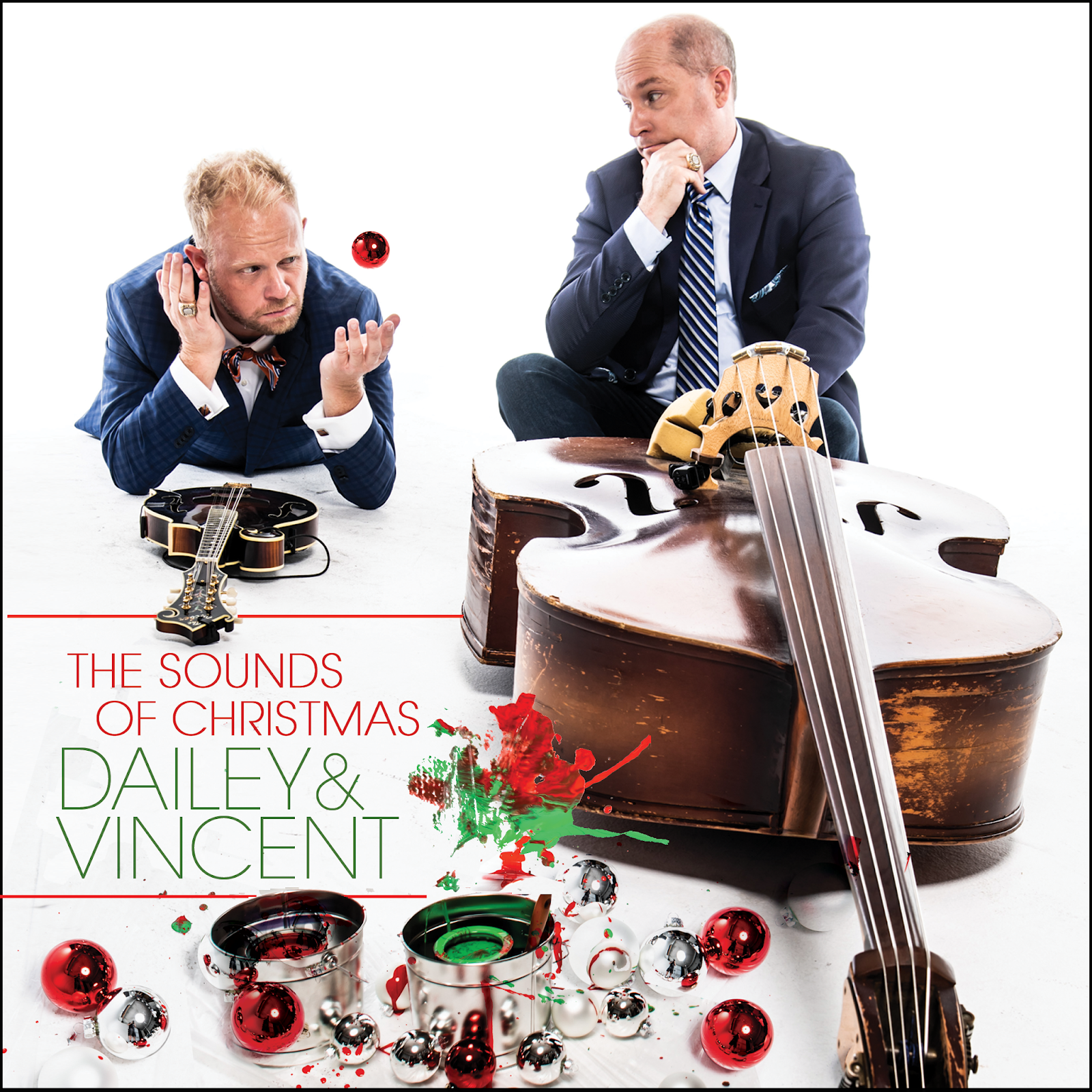 Dailey & Vincent Debut at No. 8 on Billboard Holiday Albums Chart

USAToday.com listed Dailey & Vincent: The Sounds of Christmas
as one of the most-anticipated fall country albums. The collection of
Christmas classics and never-before-heard holiday tunes ranked No. 2 on
the Amazon’s Holiday Hot New Releases.

The Sounds of Christmas experience is more than just an album
release as momentum continues throughout the holiday season with a
nationally broadcast television Christmas concert special, four all-new
Christmas episodes of “The Dailey & Vincent Show” on RFD-TV and the
15-city “Dailey & Vincent’s A Springer Mountain Farms Chicken
Christmas Tour.” (Full list of dates available below.)

Country music icon Dolly Parton collaborated with Dailey & Vincent
on the Jimmy Fortune and Jeff Bates penned “Road To Bethlehem.” Parade.com exclusively premiered the album art and a first listen to the track describing it as a “fresh and beautiful take on the classic Christmas tale, featuring stunning harmonies and tuneful string picking” (Laura Whitmore).

The music veterans were also joined by 2018 Country Music Hall of Fame
and Bluegrass Music Hall of Fame inductee, Ricky Skaggs, on a cut of
Alabama’s “Tonight It’s Christmas,” which is one of two bonus tracks
available exclusively when fans purchase the Christmas record at Cracker
Barrel Old Country Store® locations and online at CrackerBarrel.com.

Reviewers are raving about Dailey & Vincent: The Sounds of Christmas…

“Dailey & Vincent are superb on their brand new Christmas album
‘The Sounds of Christmas.’ It is upbeat, fun, and there is something in
it for everybody; moreover, their collaborations with Country Music Hall
of Famers Dolly Parton and Ricky Skaggs are sheer bliss.” – Markos Papadatos, Digital Journal

1. Rocking Around the Christmas Tree

2. Mary Did You Know

6. The Spirit of Christmas

7. Carol of the Bells

16. Go Tell It on The Mountain

Grand Ole Opry Members, Five-time GRAMMY® award winners individually,
three-time GRAMMY® award nominees collectively, four-time DOVE Award
winners, and winners of 35 IBMA Awards altogether (including 3-time IBMA
Entertainer of the Year Award winners and 3-Time Vocal Group of the
Year Award winners), Jamie Dailey and Darrin Vincent, backed by one of
the best bands on tour today, are some of the most reputable and elite
entertainers in American music; bluegrass, traditional country and
gospel music. Now on Season 3 of their nationally broadcast television
series, “The Dailey & Vincent Show on RFD-TV,” Dailey & Vincent
bring their music to a national audience on a weekly basis.  After a
decade spent performing together and with over 1,000 airings of their
PBS special “Dailey & Vincent ALIVE – In Concert,” their concoction
of fantastically instinctive vocal blends of Dailey’s tenor and
Vincent’s reedy harmonies has gained them well-deserved praise for their
own distinctive style and worldwide recognition as American Music gold.
Their most recent live CD, “Dailey & Vincent ALIVE,” debuted at #1
on the Billboard Bluegrass charts and remained at the top position for
over 15 weeks.