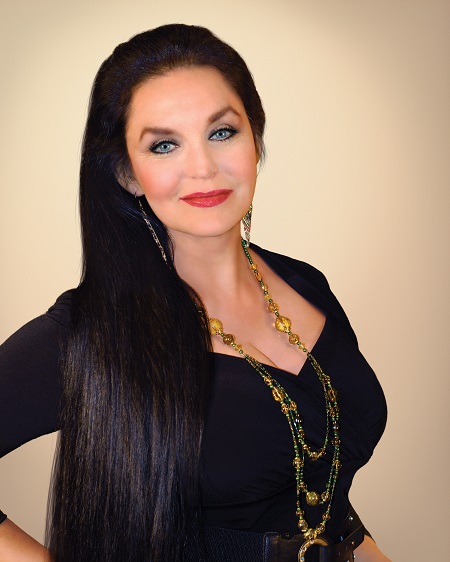 “I did not re-sing it. It just fell into place beginning with Pig
Robbins’ opening work on the piano. It was magic in the studio that
day,” Gayle said with a smile.

“Don’t It Make My Brown Eyes Blue” opened the world’s eyes to Gayle.
The crossover smash earned her a Grammy® Award for Best Female Country
Vocal Performance and also made her album We Must Believe In Magic the
first by a female country artist to go platinum. She was awarded CMA
Female Vocalist of the Year in 1977 and 1978, and the Academy of Country
Music honored her with the same award in 1976, 1977 and 1979.

“It opened up so many doors that I couldn’t do everything that was
offered for me to do. I was offered so many television specials. I hated
turning anything down. It was only me, and I couldn’t do it all. To be
in California one night, and they would want you the next night in New
York — I couldn’t do that constantly. But I did as much as I could,”
she told Billboard in 2014.

“Don’t It Make My Brown Eyes Blue,” became an iconic staple and
solidified her as one of the top female vocalists during the 1970s and
1980s. Gayle is currently putting the finishing touches on a new album
that will include some of her favorite classic country songs of all
time.

ABOUT CRYSTAL GAYLE:
Grammy®-winning songstress Crystal Gayle is an award-winning country
music icon whose reign in the music business includes 20 No. 1 country
hits, six albums certified Gold by the RIAA and the first female artist
in country music history to reach platinum sales with her 1977 album, We
Must Believe in Magic. Her list of platinum and gold was to be matched
only by her awards and accolades. CMA’s “Female Vocalist of the Year,”
for two consecutive years, she became a Grammy® Award Winner for “Best
Female Vocal Performance,” thanks to her beloved “Brown Eyes” – a song
that she today admits she has never grown tired of singing. Crystal
swept the Academy of Country Music Awards for three of their “Top Female
Vocalist” statuettes. She is the recipient of three “American Music
Awards,” voted by the nation as America’s “Favorite Female Artist.”
Perhaps nothing sums up Crystal’s career achievements as well as being
awarded with a star on the fabled Hollywood Walk of Fame in October
2009. Also famous for her nearly floor-length hair, she was voted one of
the 50 most beautiful people in the world by People Magazine in 1983.
Gayle also has a star on the Hollywood Walk of Fame near Lynn’s star. In
August 2016, the Academy of Country Music honored Crystal with the
Cliffie Stone Pioneer Award during the 10th Annual ACM Honors. Gayle was
inducted into the Grand Ole Opry in January 2017 by her sister and Opry
legend Loretta Lynn. For more information, visit crystalgayle.com.