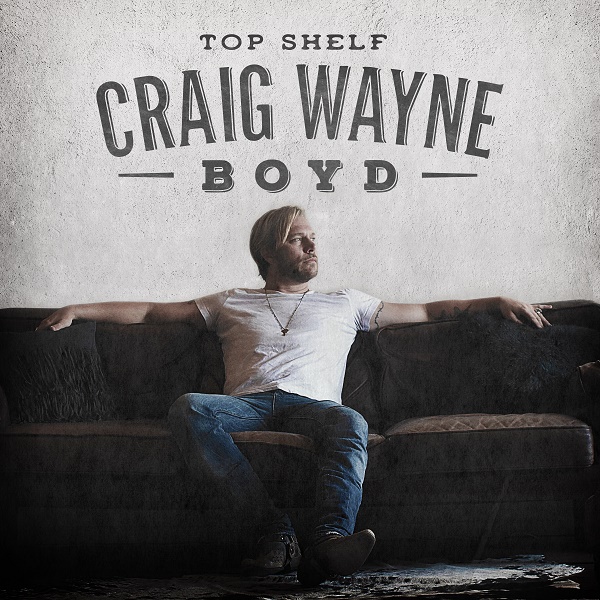 NASHVILLE, Tenn.
– Millions thrilled to Craig Wayne Boyd’s victory in Season 7 of NBC’s
“The Voice,” and now, fans can rejoice as the dynamic vocalist announces
the long-awaited release of Top Shelf October 27 from Copperline Music Group.

Boyd, who recently announced to People Magazine
that his wife Taylor and him are expecting a new baby, says that
although it will be a crazy next few months, he is thrilled to be
releasing his first full-length album since winning “The Voice.”

“I’ve felt so much love from people who supported me from day one! I
am so excited to finally get to share some new music with those loyal
fans and maybe win over a few new ones in the meantime,” Boyd said.

Throughout Top Shelf, Boyd goes way beyond that platform to a place that even his fans might not have anticipated. Top Shelf
is a musical kaleidoscope – a whirl of celebration, heartbreak, the
sweet pain of love, and the comfort of faith’s embrace. Boyd also
co-penned “Better Together” on this latest release. From the buoyant
“Stuck In My Head” to the dirty sound of “We Sweat,” Boyd presents
himself as an artist of complex dimension, never satisfied with
repeating himself but always true to his roots.

12. Presence of the Lord

During
his rise to fame, Boyd’s “My Baby’s Got A Smile on Her Face” debuted at
No. 1 on the Hot Country Songs chart, becoming the second song
(following Garth Brooks’ “More Than A Memory”) to achieve that level of
chart success.

Growing
up in the Dallas, Texas suburb of Mesquite, Boyd’s childhood was highly
influenced by gospel and country music and he later became the choir
director at his hometown church. After a trip to Nashville,
life-changing events came his way. Boyd signed a publishing deal with
EMI and after several years of prolific songwriting, he began touring
heavily, logging more than 1,000 shows in four years, and toured with
acts like Jamey Johnson, Randy Houser and Brantley Gilbert. In addition,
Boyd also played with Rascal Flatts during their Vegas Riot! nine-show
residency at the Hard Rock Casino in Las Vegas.