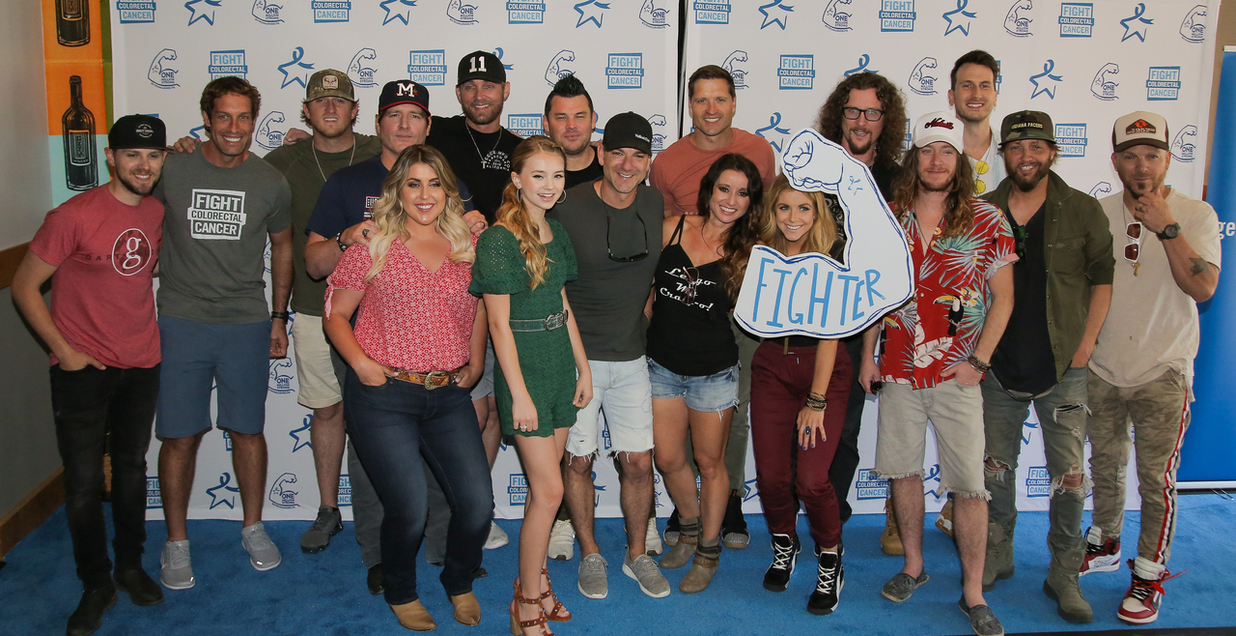 Fans
bid for the chance to play against the stars in tournament fashion,
with Craig Campbell ultimately taking home first place.

Tonight
(6/6), Campbell will follow up at City Winery with the One Million
Strong Dinner gala, where the total amount raised from this year’s event will
be officially revealed. Having lost his father to colorectal cancer at
11 years old, the dedicated family man is one of FIGHT CRC’s national
spokespersons, and has previously raised more than $300,000 for the
cause.

But with Nashville’s beloved CMA Music Fest getting underway, Campbell’s big week is just getting started.

Tomorrow
(6/7) Campbell will celebrate Throwback Thursday at his old haunt The
Stage on Nashville’s Lower Broadway – the same honky tonk where he was
discovered years earlier. Starting at 2 p.m. CT, the
traditionally-minded star will deliver a set of ‘90s Country favorites
for a show billed as Karaoke With Craig. Then at 9 p.m. CT he’ll bring out his own hits with a primetime set on the massive Cracker Barrel Country Roads Stage at Ascend Amphitheater.

On Friday (6/8), Campbell will release his highly-anticipated SEE YOU TRY EP
– seven diverse tracks featuring his flirtatious chart-riser “See You
Try” and two versions of the critically-acclaimed “Outskirts of
Heaven.”

And finally on Sunday (6/10), he’ll finish up as the last artist to perform on the attention grabbing Chevy Riverfront Stage.
That hit-filled set will get underway at 4:45 p.m. CT, and all of
Campbell’s CMA Music Fest concert appearances are free and open to the
public.

The
week marks the beginning of a big summer for the fan favorite, who
plans to headline select dates across North America following a standout
2017 which included Luke Bryan’s HUNTIN’, FISHIN’ AND LOVIN’ EVERY DAY
Tour.

Country
singer-songwriter Craig Campbell’s neo-traditional sensibility and
undeniable talent have made him a favorite of both fans and critics
alike for nearly a decade. Since launching out of the legendary
Nashville honky-tonk, The Stage, and into the Top 15 of Billboard’s Hot
Country Songs chart with 2010’s heartfelt “Family Man,” Campbell has
released two acclaimed studio albums and gathered over 1 billion radio
airplay audience impressions. Singles like “Fish” have shown off the
Lyons, Georgia, native’s down-home side, while the infectious romance of
“Keep Them Kisses Comin’” rose into Country radio’s Top 10. A regular
performer on the Grand Ole Opry and widely-praised entertainer, Campbell
has been lauded by critical outlets like Rolling Stone Country and
tastemakers like Country radio DJ Bobby Bones – who says “Seeing Craig
perform live will change your perspective on what a well-rounded artist
is.” He has been featured on NBC’s TODAY and Macy’s 4th of July
Fireworks Spectacular, and is a frequent supporter of both the USO and
Fight CRC, where he serves as a national spokesperson in the campaign
against colorectal cancer. Last June, Campbell hosted the 5th Annual
Craig Campbell Celebrity Cornhole Challenge, and has raised over
$300,000 for the Fight CRC organization to date. Following the release
of his latest hit, the uplifting 2016 ballad “Outskirts of Heaven,”
Campbell has revealed a flirtatious new single – “See You Try” – and a
brand new, seven-song EP of the same name on Broken Bow Records is set
for June 8. He recently wrapped up Luke Bryan’s HUNTIN’, FISHIN’ AND
LOVIN’ EVERY DAY Tour, and is currently headlining select dates
nationwide.

Fight
CRC is a national nonprofit advocacy organization fighting for a cure.
It was founded in 2005 by Nancy Roach, a nationally-recognized patient
advocate who witnessed the need for colorectal cancer advocacy after her
mother-in-law’s diagnosis. The organization plays an important role in
rallying colorectal cancer advocates to action. Fight CRC is known for
activism and patient empowerment throughout patient, academic,
political, scientific, medical and nonprofit communities. With a mission
focused on advocacy, research, patient education and awareness, the
organization serves advocates in every state of the U.S. and many others
around the world. Fight CRC is a 4-star charity by Charity Navigator
and 93 cents of every dollar donated goes directly to colorectal cancer
programs. To learn more, visit FightCRC.org.