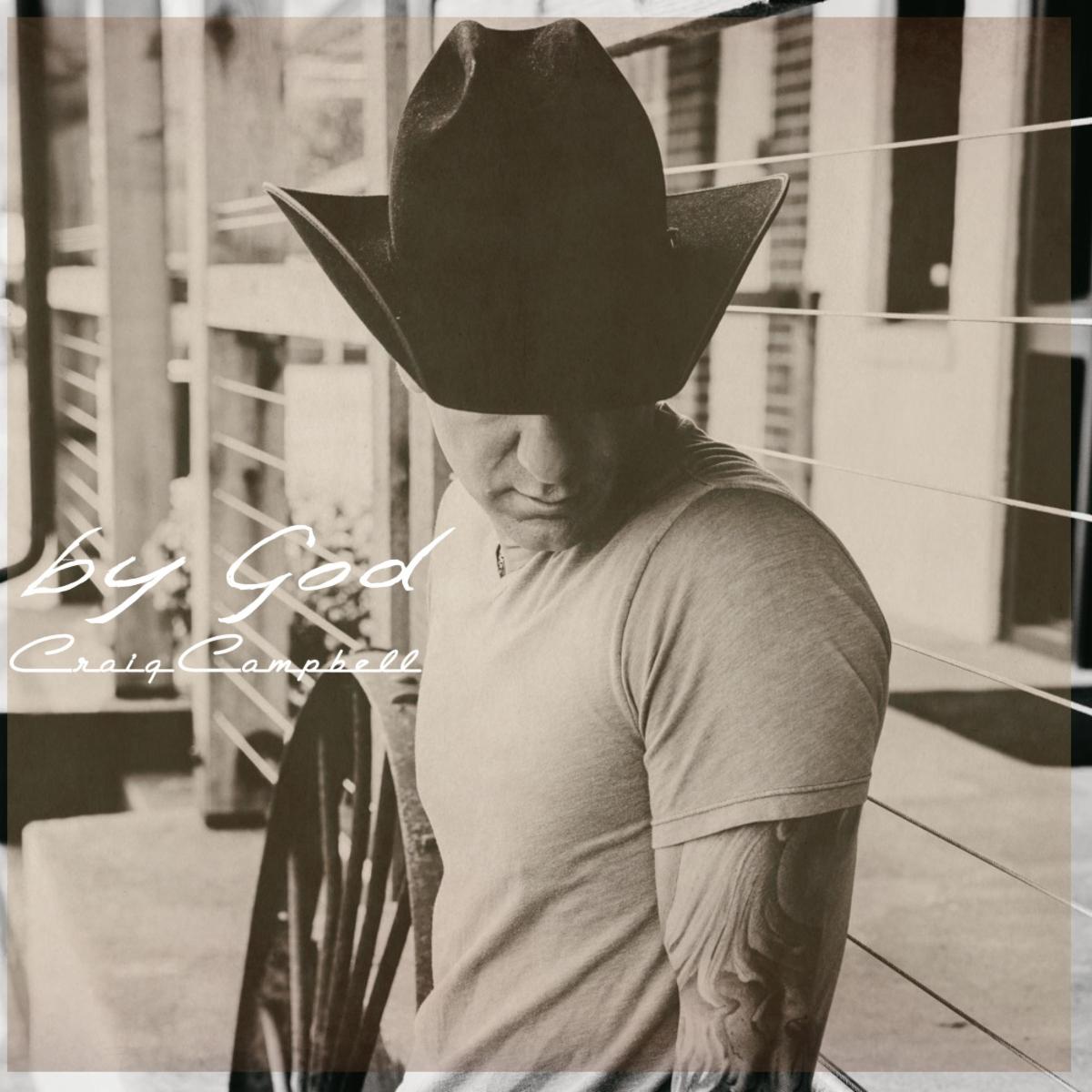 Saturday live show will be in German & English with Moderator Frank Hammer!

Almost two years have passed since country hitmaker Craig Campbell has released new music. But in a world fueled by the smoke and mirror act of overnight success, Campbell has long been admired for his patience and persistence on the road less travelled. A consistent balancing act of traditional values and modern industry trends, Campbell is also considered by many to be one of the most talented yet under the radar stars, across all genres. And now, his highly anticipated single, “It’s About Time”, marks Campbell’s first independent release since parting ways with his former label, Broken Bow Records. It also highlights the first track the charismatic charmer has co-produced, along with playing acoustic guitar and piano, and singing his own harmonies. But this song is no stranger to the set list. In fact, Campbell has seized every opportunity in the last two years to deliver this sultry ballad to a captivated audience with just his airtight vocals and a piano.

After all, the magic of the keys brought him his hunger for music as a child. The good ole’ down home boy grew up playing his mother’s piano and singing in church. After graduating high school, he took a job as a corrections officer in his hometown of Lyons, Georgia. But music never left his side. Taking a cue from the sounds of classic country and idols like Travis Tritt and Randy Travis, Campbell started a band and played local and national bar gigs. When the guitar player quit, Campbell took that as a sign to chase his dreams all the way to Nashville, Tennessee.

With two rolls of quarters and a roll of dimes given to him by his mother for gas money, Campbell barely made it into town. Starting in 2002, the young hopeful would spend the next several years paying his dues the old fashioned way. A demo singer by day and Lower Broadway gigger by night, Campbell was eventually connected to a soon to be signed artist who needed a keyboard player. He and fellow South Georgia native Luke Bryan hit it off and Campbell got the job.  A year and a half long keyboard stint with Tracy Byrd soon followed, and on his non travel days, he took over as bandleader down at The Stage on Tuesday nights. His smooth chops and hot blooded stage presence soon caught the eye of industry execs and in 2009, Campbell signed with Bigger Picture Group.

His first single, the sentimental ballad “Family Man”, hit the top 15 on Billboard’s Country Airplay Chart in 2011. “Outta My Head” also cracked the top 15, while the catchy tune “Fish” garnered more than 10 million on demand streams. His 2014 breakout hit “Keep ThemKisses Comin’” was on its way up the charts when Campbell got the unexpected call that after two albums and a string of hits, Bigger Picture had closed. However, Campbell and his devoted team continued to press radio stations around the country, so much so that the single ended an impressive run well inside the Top 10, which is unheard of for a song with no financial backing.

Another door opened for Campbell in the form of Red Bow Records, a division of the Broken Bow umbrella. “Tomorrow Tonight” made it into the top 40, followed by perhaps his most poignant and well known work to date, “Outskirts of Heaven.” “Outskirts” took on a life of its own, showcasing Campbell’s vulnerability and deep rooted faith.  The uplifting and remarkably personal ballad was praised by Rolling Stoneand Taste of Country, among others.

The impact of “Outskirts” prompted media appearances and memorable performances at nationally televised NFL games, the TODAY show, CMA Fest, and the Grand Ole Opry, the latter of which he has made over 50 appearances to date. And in a full circle moment, the down home Georgia boy reunited with buddy Luke Bryan on his highly successful 2017 Huntin’, Fishin’, and Lovin’ Every Day Tour.

In the summer of 2018, Campbell released his first new music in five years with his “See You Try” EP on Broken Bow. The title track became an instant crowd pleaser with its confident, flirty lyrics and boot stompin’ melody. The EP also found a home for both an electric and acoustic version of “Outskirts of Heaven.” But by August of 2018, Campbell and Broken Bow had mutually parted ways, leaving the door wide open for a long awaited, yet nearly missed opportunity.

“Since August, I’ve been recording and producing music MY way, and that includes things I’ve never done before, like playing piano and producing. I just think the title of the song is perfect because it really is ABOUT TIME for THIS song in particular to be shared,” says Campbell, referencing the seven year span from conception to release. First recorded by Campbell in 2013, “It’s About Time” was slated to become the lead single off Campbell’s pending third album after the success of “Keep Those Kisses Comin”. When Bigger Picture closed, Campbell took it with him to BBR and pitched it to his circle of producers over a four year time frame, which resulted in a resounding “no.” But Campbell’s gut wrenching conviction and the listeners’ unwavering approval finally paved the way for Campbell to recut and completely own the current version. And he learned a few strong life and career lessons in the process.

“From now on, I’m not gonna even entertain the idea of recording any song if it doesn’t give me chills. I have to be proud of it. I have to answer for it and it has to get me fired up! But this is why I’m so excited for what this new music sounds like because I get to put my hands on it and be a part of it, not just sing it. I love not having to ask for permission,” Campbell reflects in his deep rooted Southern accent. “Man, oh man . . . . I love where I am.”