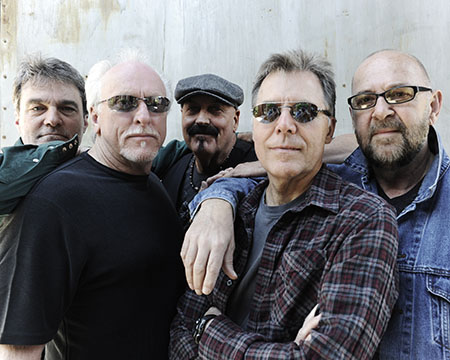 NASHVILLE, Tenn. (January 28, 2016) –
Country rockers Exile will bring their energetic show, packed with hits
like “Kiss You All Over” and “She’s A Miracle,” to 15 venues across the
country during the first leg of their 2016 tour.

The group will set sail with “Country’s Family Reunion” Cruise Jan.
31-Feb. 7 before their first stop on their nationwide tour Feb. 13 in
Columbus, Ohio. A full tour schedule is below.

“We’re excited to announce the first few dates of our 2016 tour – the
53rd year of Exile! We’re especially proud to start this year with many
of our fellow Artists and friends, on the Larry’s Country
Diner/Country’s Family Reunion Caribbean Cruise. Here’s to another year
of seeing old friends, and making new ones,” said keyboardist, Marlon
Hargis.

ABOUT EXILE:
Exile formed in 1963 looking to play small clubs in Richmond,
Kentucky, but managed to top both the pop and country charts during
their over 50 year-long career. Their most successful hit, “Kiss You All
Over” spent four weeks at the top of Billboard’s pop chart in 1978. In
the early 1980’s Exile started to focus on country music. During their
run on the country charts Exile has successfully had ten No. 1 singles
including “I Don’t Want To Be A Memory” and “Give Me One More Chance.”
They have toured with acts including Aerosmith, Fleetwood Mac, The Oak
Ridge Boys, The Gatlin Brothers and The Judds. The 5 original Exile
members reformed in 2008 and continue to tour today. Current members of
the band include J.P. Pennington, Les Taylor, Sonny LeMaire, Marlon
Hargis and Steve Goetzman.