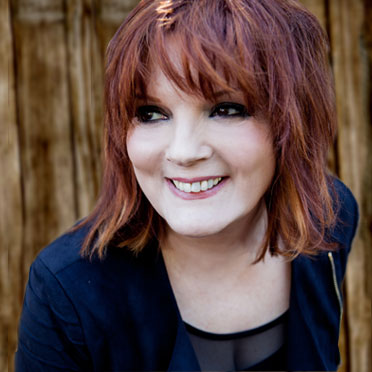 2017 has been an incredible year for Eileen Carey, winning
three music awards, the Los Angeles Music Award’s Female Country Artist of the
Year, the New Music Weekly’s Breakthrough Country Artist of the Year and the
Akademia Award for Country-Rock Song (Good
Bad Girl), while both of her last two singles, In the Air and Good Bad
Girl reached the top of the New Music Weekly’s Country Radio Charts. Proving,
once again, that Indies who make competitive recordings can impact the market
and reach the same folks that the top tier, label backed artists reach. But,
also confirming that Eileen’s unique ascendance in the music world is fueled by
her equally amazing ability to expand her Country music’s audience into Adult
Contemporary and Top 40 so well. 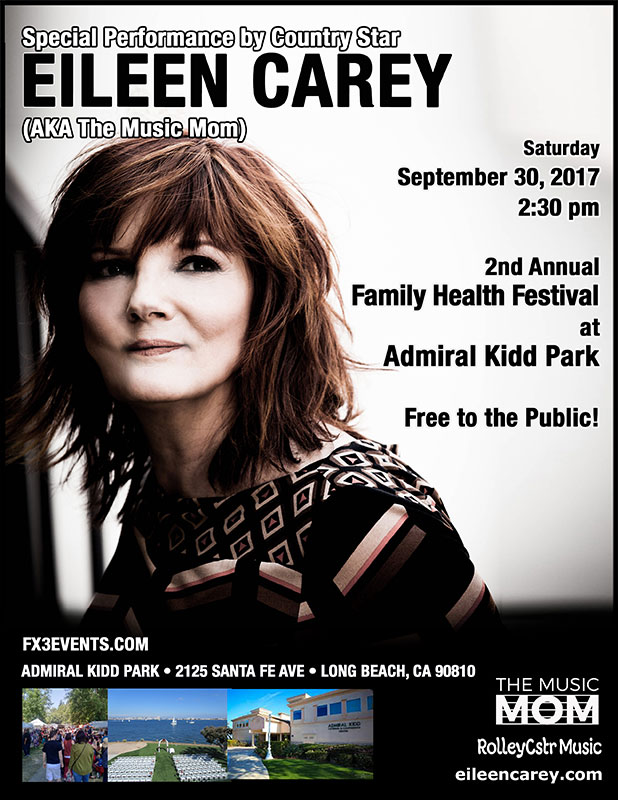 Blending
pop, country, and rock in a music that feels uniquely hers. (POPDOSE)

Carey—a little bit
cosmopolitan, a little bit country, a true musical chameleon, blending pop and
rock and country influences with ease. Fans have recognized Carey’s
star-quality for years, but now the critics are starting to take notice as
well. – ElmoreMagazine.com

Her rise, in a
marketplace notorious for its favoring male artists, and till almost yesterday
ignoring Indies, was a subject of her recent Huffington Post interview http://www.huffingtonpost.com/entry/590a77a1e4b03b105b44bf33 Carey attributes her success and longevity to …patience, perseverance and a sense of humor. 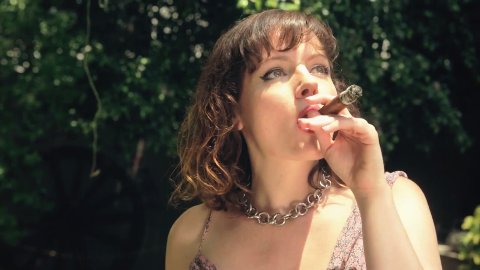 Featured on KCAL -9/CBS LA ‘The Weekend Morning Show,
Carey was deemed by CBS.com as one of Los Angeles’ Top Ten Female Musicians of
any genre. Over the past 3 years she has done nothing to disappoint. If
anything she has reached new heights this past July, as her Good Bad Girl
single remained the #1 track in New Music Weekly’s Country charts 4 weeks in a
row, and just sold out her last two shows, which caught on video communicate
the excitement Eileen is receiving for her up tempo positive County Pop. The
kind of original music you can line dance to. The kind of original music you
can identify with!  And best of all, her
voice:

Eileen Carey has the kind of voice from which you can build a band, a
career and a varied repertoire; ‘Good Bad Girl’ exemplifies the sensibilities
that describe a modern country star – The Akademia Music Awards July 2017

The
Cleveland born and raised, longtime Altadena, CA resident, was cover story
featured in the Pasadena Weekly after a considerable success in her show at the
City’s premiere venue, The Rose, this past Spring; and has earned Eileen a
return engagement there opening for the Legendary Johnny Rivers on November 17th.  She is headlining the Family Sports and
Health Festival, at Admiral Kidd Park in Long Beach, California Saturday
afternoon September 30th (See attached flyers).

Kidd Park is really a cool place! I am so excited, the singer says. It
is also a chance for me as the music mom (TheMusicMom.com) to further my
outreach to young parents. It started about young women in the music industry,
but it has reverberated with everyone to the degree that I have a chance to be
a positive voice for and to parents everywhere.

In December she is
headlining the popular Sync Summit in Hollywood on the fourth of December. It is one of the really important dates to
close out a magnificent year, says the ever ambitious Carey.  I am also looking at a couple dates in
Nashville as well, in December; and. negotiating performances at the Ranch and
the House of Blues both in Anaheim, CA for October.

Eileen Carey’s YouTube
channel boasts over 175,000 views Good Bad Girl the Music Video was just
launched in partnership with the Huffington Post. https://www.youtube.com/watch?v=hJ2dn53ekI8 a couple of weeks ago; and it has already
created some controversy.

If
you were to ask her if she’s a good girl or a bad girl, Eileen Carey’s latest
release makes it clear she’s very flexible.  Good Bad Girl’ is a fun
song.  You’ll like it!  However, after listening to it, if you
entertain thoughts of giving Eileen a call, forget about it.  She’s booked
up! –
Bill Hughes, New Country Brew,
Nationally Syndicated Radio show

Time and again Eileen Carey has commented that Good Bad Girl, the song written by Al
Bonhomme and Kris Bradley and produced by Travis Allen at Nashville Tracks in L.A.,
is about that other side of her. It’s
perfectly fine for a girl to have a little mystery in her personality. We all
have within us a little angel and a little devil. Most of the time, I play
nice. But Good Bad Girl lets me show my more adventurous side, says the actress
turned singer.

Taner Tumkaya, who co-
produced and directed three other of my music videos has a real feel for what I
want in a music video. He has a sense of visual beauty that I like so much. He
understands that my songs have specific visual meanings, Eileen
Carey says.

You can follow Eileen at the links below. Buy her music from
CD Baby, ITunes, request her on Spotify and Pandora.