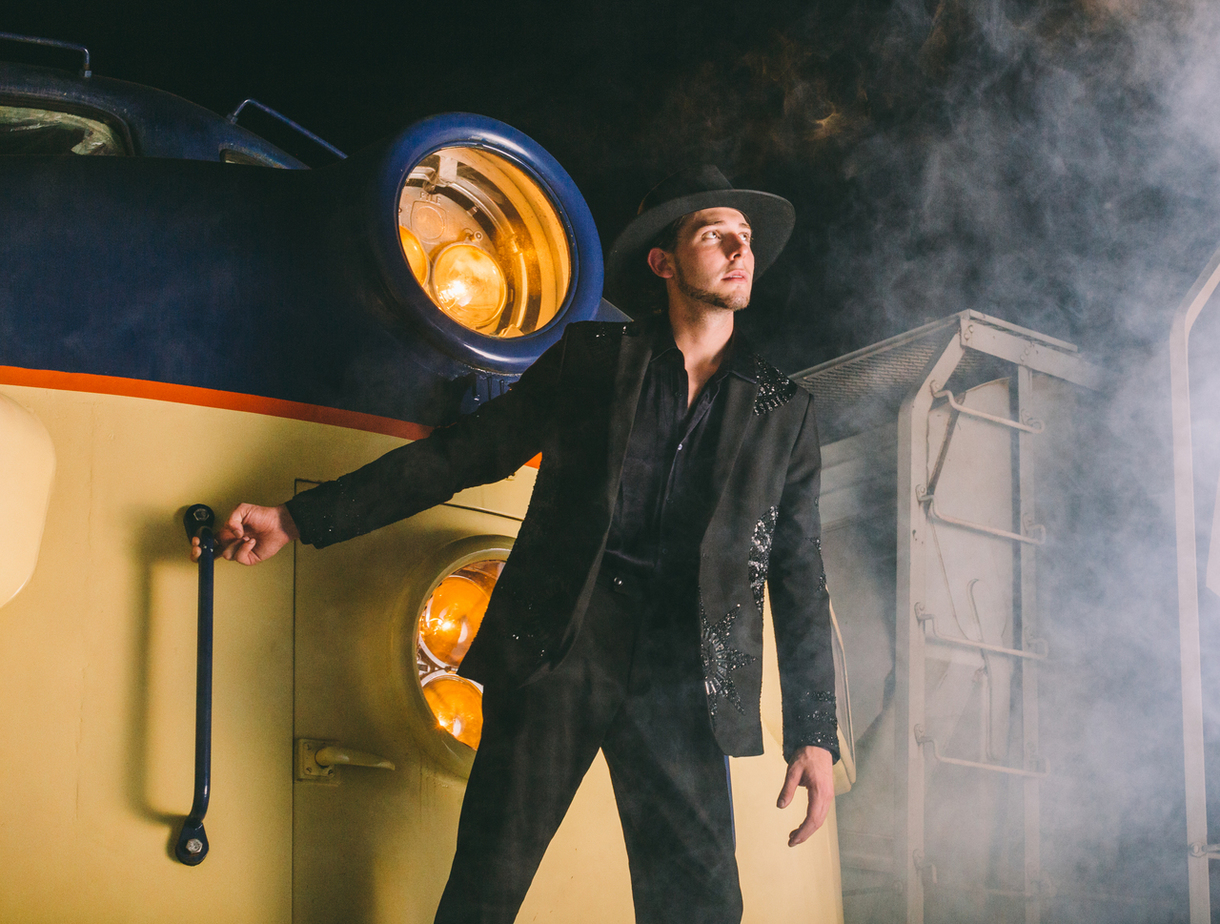 Country superstar Cam surprised singer/songwriter Sam Williams at the final stop on her OH, THE PLACES WE’LL GO! European tour Saturday night (9/14), inviting the son of Hank Williams Jr. and grandson of Hank Williams Sr. to make his Grand Ole Opry debut in front of a sold-out crowd at Berlin’s Huxley’s Neue Welt.Wide Open Countrybroke the news of the performance, which will take place October 9.

“The moment Cam asked me, I was too focused on our last night singing together and it almost didn’t even register in my brain,” Williams told Wide Open Country of the surprise invite. “After singing ‘Jolene,’ I came off stage and balled like a baby. I pressed an emergency exit button side stage, frantically trying to FaceTime everyone I knew. This happening is truly historic and I am so excited.”

He recently returned to the U.S. after a successful run opening for Cam at all eight stops of her OH, THE PLACES WE’LL GO! European tour, which kicked off September 1 with a show at Belfast, Ireland’s Empire Music Hall and included performances in London, Sheffield, England, Manchester, U.K., Amsterdam, Netherlands, Paris, France and Hamburg, Germany.

He released previous single, “Gemini” on June 21 – the last day of Gemini season. Praised by many for his voice “exuding equal parts power and grace” (Rolling Stone) that seems to “rise from another spiritual plane,”(Sounds Like Nashville) the CMT “Must-See Indie You Need To Know“is poised to leave his own legacy on country music, unafraid to push his own creative limits and break through the self-inflicted limitations that threaten the genre as a whole.

Gemini’s are known for keeping others on their toes. Just like his father, Hank Williams, Jr., Blake Shelton, Prince, Paul McCartney, Boy George and more, the charismatic acts excel at almost anything they put their minds to. Inspired by “the new Nashville” with artists like Margo Price, Tyler Childers, Ruston Kelly and more blurring genre lines, Williams feels it’s his time to share the art he’s been crafting in the studio. Influenced by artists from Billie Eilish to Dolly Parton, his sister Holly Williams to Drake, it’s easy to see why so many have been keeping an eye on him in anticipation of what’s to come.

“As the son of Hank Williams, Jr.,Sam Williamsinherited the gift of wondrous country lyricism and a vocal talent that his father believes is best in the family.” (CMT) With a striking tone and poetic approach to songwriting, Williams is poised to leave his own legacy on Country Music, unafraid to push his own creative limits and break through the self-inflicted limitations that threaten the genre as a whole. Inspired by the tremendous growth of Nashville with artists like Margo Price, Tyler Childers, Ruston Kelly and more defying genre lines, the CMT “Indie You Need To Know” feels it’s his time to share his work. Born in Nashville and raised on Highway 79 in Paris, TN, Williams cared more about sports than he did following in his father’s footsteps. Now 22, he’s found himself using poetry and songwriting as therapy to get out the things he needs to say, important to him that it’s straight from the heart. In 2016, he released his debut single “Darkwater” following up with “The Lost Grandchild’s Plea” in 2018, an ode to his grandparents he never knew, Hank and Audrey Williams. Williams has a global publishing and artist development deal with Get It Done Music Entertainment (Missi Gallimore / Gary Borman) & Kobalt. He’s collaborated with writers Lori McKenna, Shawn Camp, Dan Tyminski, Jim Lauderdale, Mary Gauthier and more, penning over 40 songs in the past year. He’s played a handful of shows across the country, some appearances opening for the likes of Corey Smith and Frank Foster. Looking ahead, he’s excited for what’s to come and for the own torch he’s sure to carry, not allowing anyone to put it out.