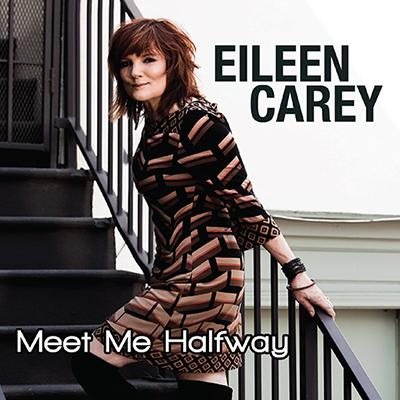 Award
winning Country Rock musician, Eileen Carey is blowing up the charts with her
new most recent single, “Meet Me Halfway”  ( https://open.spotify.com/track/5IPoH7GCHyPs6EzsIlw02e
).    Just out of the box at radio, the
single is alreadycharting onNew Music Weekly(https://newmusicweekly.com/chart.php?chart=Country
)on
their Main Country Chart at 33, Internet Country at 25 and is poised to enter
their AC/TOP 40 chart any day now. TheIndependent
Music Network (http://www.IndependentMusicNetwork.com)will give Carey fans
exclusive access to see the Music Video premiere on their website on July
9. Following the premiere,the music video will be made public on YouTube on
July 10.

A labor of love, the music video of the same name revolves
around the lyrics of the track – the all encompassing use and bombardment into
our lives of social media.  The “social
media” scene featuring a number of extras that is peppered throughout the video
was shot on Hollywood Boulevard.  Music performance
scenes directed by Taner Tumkaya (Principal Owner of Tar Films) were filmed atUnderground
Studios in Glendale, CA and feature Carey’s band members; Guitar player John Mc
Duffie, Drummer Lynn Coulter and Bassist Alexis Skjlarevski.

TheIndependentMusicNetwork.comis the #1 vehicle for helping to break artists and
bands in the independent arena.  IMN runs
the leading syndicated radio music show in the nation for Indie Artists since
2005.

A veteran in the music industry, Carey has performed
in various venues with the likes of Don McLean, Rita Coolidge, Albert Lee,
Wilson Phillips, Johnny Rivers, Peter Noone, Nelson, Tal Bachman and more. She
has also appeared in numerous publications such as the Huffington Post and
Elmore Magazine; and on TV on L.A.’s KTLA “The Morning Show” and the popular
L.A. local news channel,KCAL9  (https://www.youtube.com/watch?v=20A9_Y6gsoQ).

Her passion for music reaches all aspects of her
life not just in her career. Being a true artist and parent, she gained social
media fame and is a well known blogger under the handle “The Music Mom” (https://themusicmom.com/?fbclid=IwAR2cA-srm_WmmFkWb1CMwQGst7TfEdxpRH76RFMTOJOM0pvaMG6JXOoKihU).She blogs
about being an active career woman and mom, keeping fit (with in her case, her
love of kick-boxing) and keeping things positive and in perspective.

Most relate to Carey’s music because she’s just a
real person singing about real things most people face day-to-day. From
messages of heartbreaks to following your dreams, to the overwhelming use of
social media in “Meet Me Halfway”.  Her
career has continually endured due to the fact that Eileen isn’t concerned with
making one-hit wonders but rather focuses on consistency and trying to open her
audiences’ eyes to certain realities that often become “second-nature” and
overlooked.

“Persistence and Patience are the
names of the game, and of course keeping yourself healthy in body and mind. You
have a gift, but the gift is also a challenge” Eileen Carey

Stay social with Eileen Carey at: