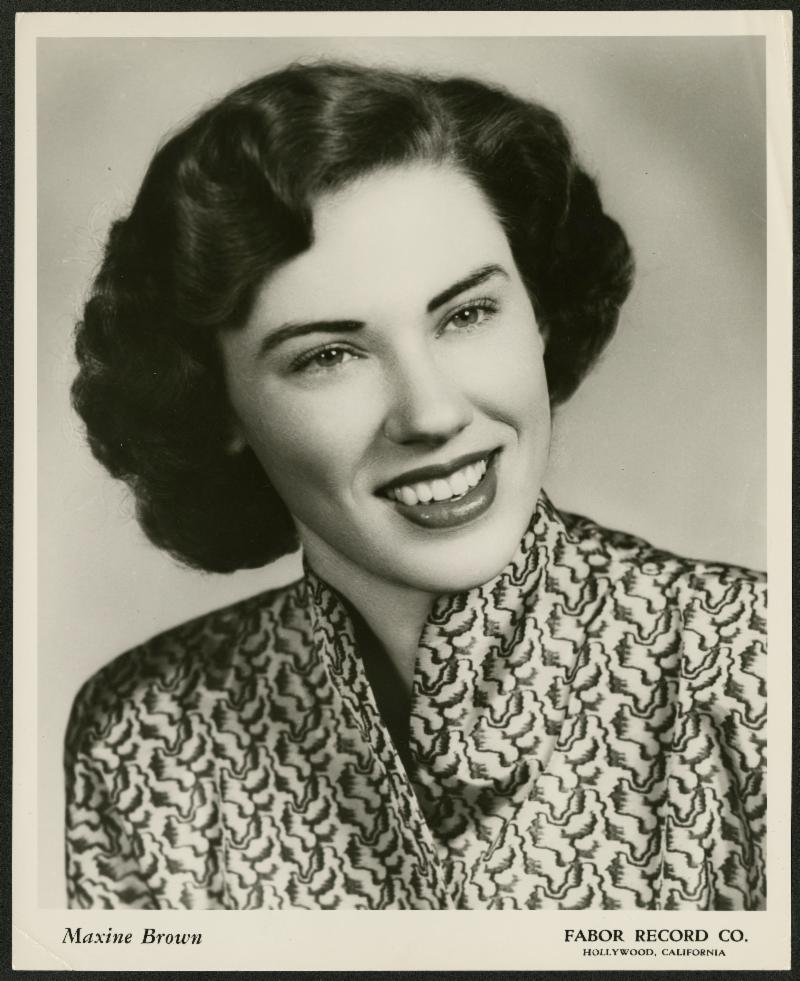 Maxine
Brown Russell, the vivacious entertainer, mother, grandmother, aunt,
sister, and friend passed today at Bowman Hospice in Little Rock,
Arkansas from complications of heart and kidney disease at the age of
87. Her family was by her side.

As
one-third of the popular Country trio The Browns, Maxine enjoyed a
lengthy career that spanned the 1950s and ’60s. The group released
multiple “million-sellers,” including “The Three Bells,” “The Old
Lamplighter,” “Scarlet Ribbons,” and “Send Me The Pillow You Dream On.”
As a songwriter, her first taste of success came with The Browns’
release of “Looking Back To See.”

Maxine
was the “cut up” of the globally-renowned trio, and always the life of
the party during the group’s tours, including jaunts in the U.K and
Japan. The Browns joined The Grand Ole Opry in 1963 and appeared on hit
television shows of the day, including: The Ed Sullivan Show, The Arthur Murray Show, The Perry Como Show, American Bandstand with Dick Clark, and The Jerry Lewis Show.

Funeral services are being planned and will be announced soon.