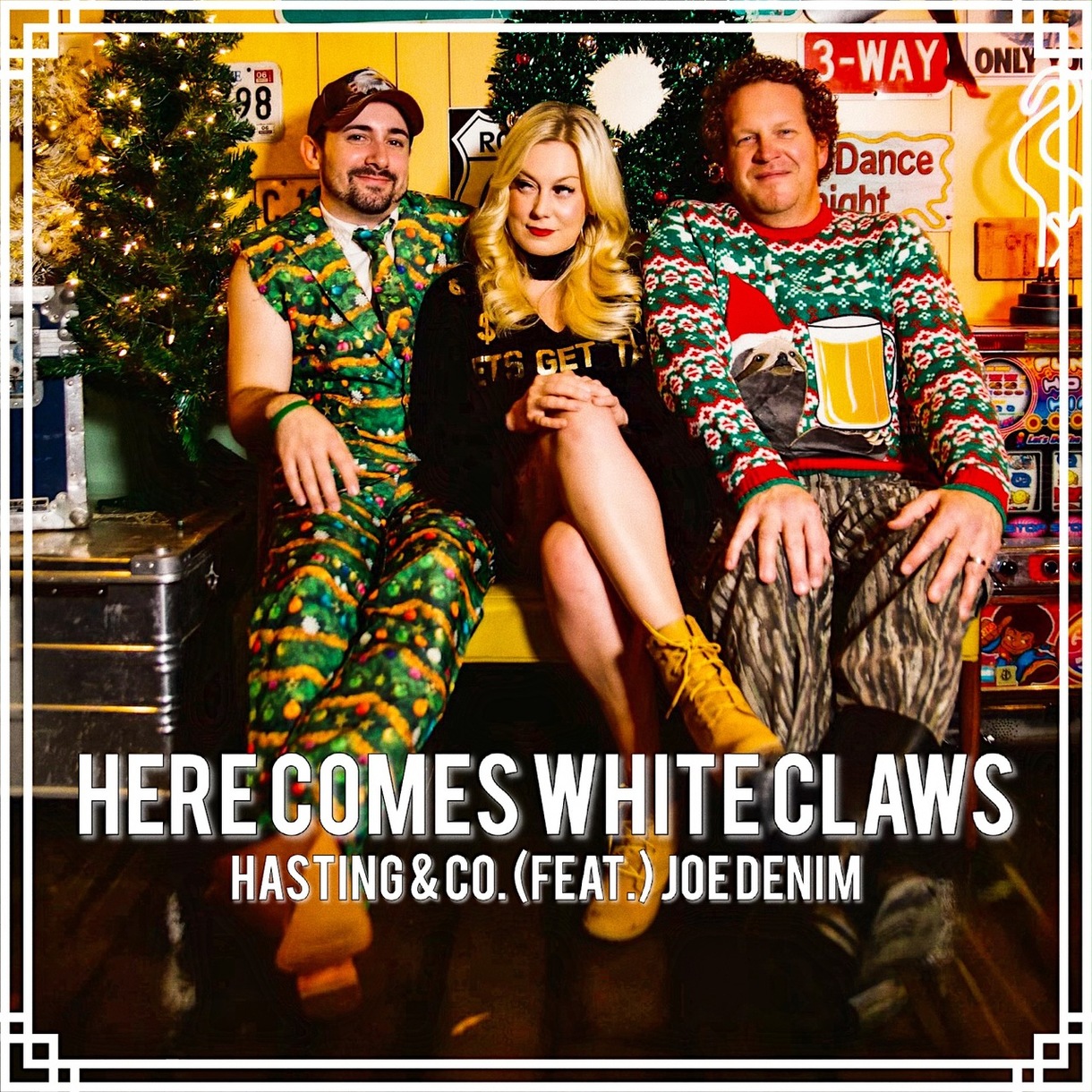 “It ain’t every day we get to sit in a writing room with two of our favorite writers and laugh like that,” said Hasting. “We’ve watched the White Claw phenomenon sweep the country for adults the way Santa Claus has for kids… so the play on words was a given. We worked with producer Robbie Artress and sax player Zach Greene (who also happens to be our SESAC rep), and both took it to heart when we told them we wanted the song to be ‘over-the-top and cheesy.’ The goal of this entire project was to have fun and relax. Plus, we happen to love White Claw.”

“As soon as we wrote it, the song seemed like the perfect Christmas party playlist song – and our hope in releasing it was to make everyone’s holiday season a bit more jolly,” said Beale. We had a blast writing it, and Joe was the perfect addition to the team – anytime he’s around, you’re guaranteed a good time.”

Hasting & Co. recently released single “Brunch Drunk” – “the soundtrack to every mimosa-soaked piece of avocado toast until the end of time” (Hollywood Life). The video for the “anthem” is due out in early 2020.

In a genre where outside musical influence has easily overtaken priority to roots,Hasting & Co.founding members Kate Hasting and Josh Beale feel a welcomed responsibility to use other genres as a compliment to their Midwest country sound. Born and raised farm kids in Ohio (Hasting) and Wisconsin (Beale), the duo met at a local Nashville dive and began writing together. Hasting’s resolution and drive quickly opened Beale’s mind to the possibility of starting a band. “I saw something in her vision that I didn’t see anywhere else, and I didn’t even have on my own. I immediately knew we worked better as a team than separate entities.” They released debut EPCountry Musicin 2013 under the name Kate Hasting Band, then singles “Just Friend,” “Behind the Bleachers” and “Country Music (Reprise) in 2015. The video for “Behind the Bleachers” earned director Nishan Gilmet an Emmy nomination, and was quickly picked up byGreat American Country, The Country Network (formerly ZUUS Country) and several other regional music outlets nationwide. In October 2017, Hasting and Beale followed up with EPCan’t Get Enoughand, shortly after, rebranded to Hasting & Co. They capped 2018 with the release single “American Love,” premiering the track exclusively withParadeand video withSounds Like Nashville, and kicked off 2019 with the release of “One.” Most recently, Hasting & Co. released “Brunch Drunk” – the video for the single is due out in early 2020.